Typescript account of the Battle of Messines by Robert Cuthbert Grieve, [1917] 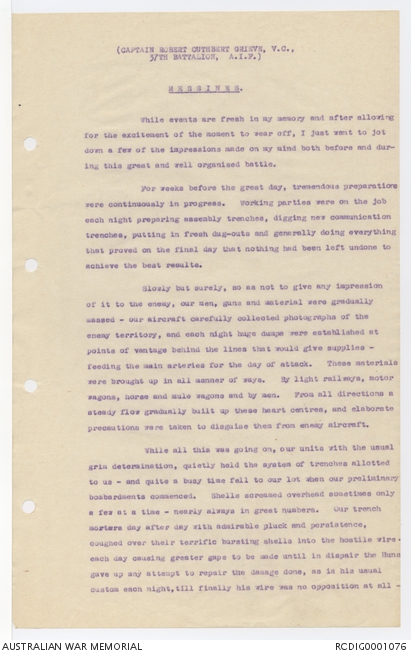 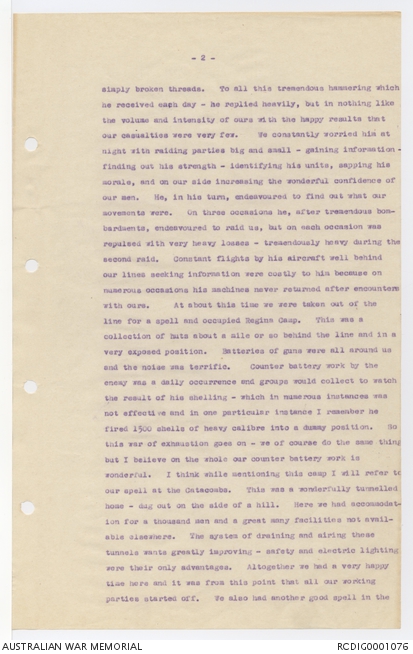 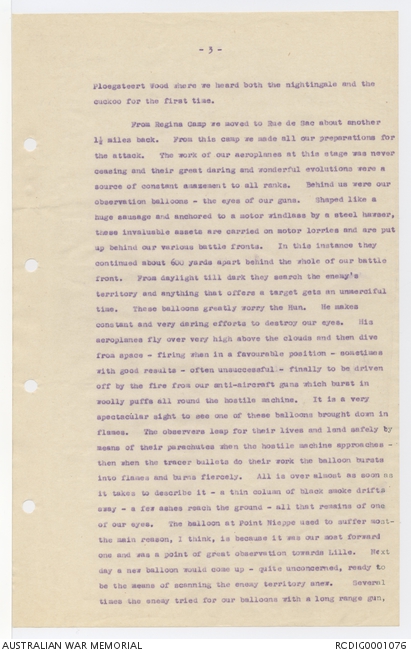 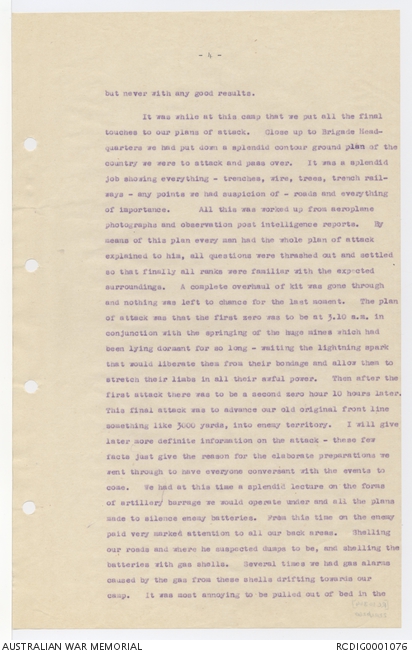 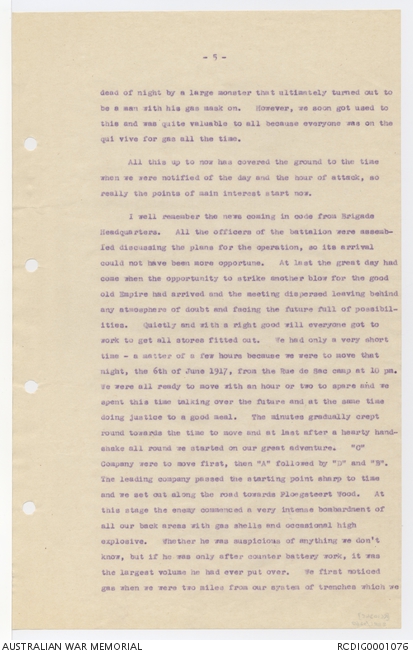 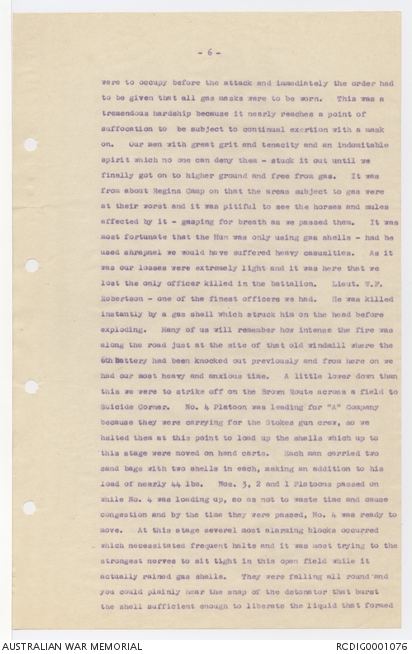 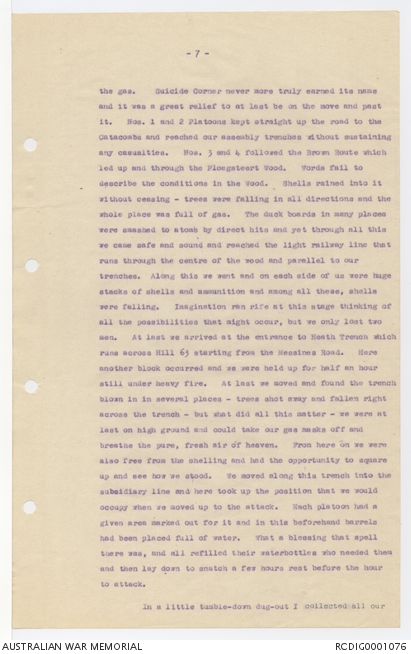 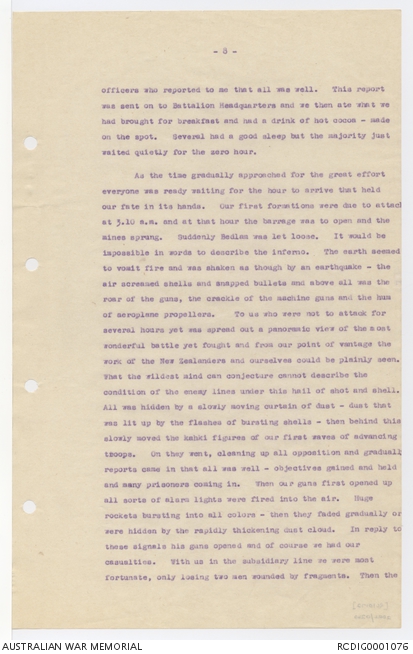 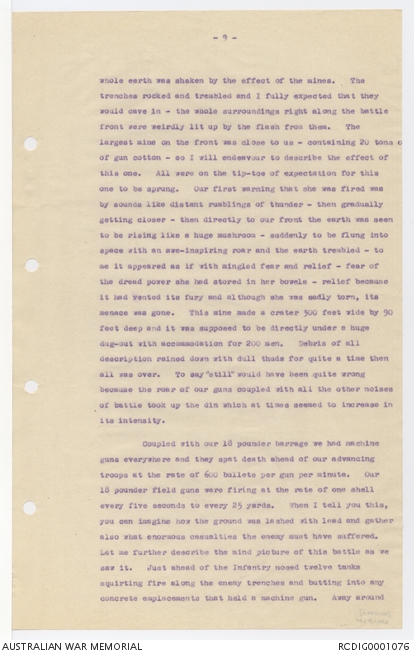 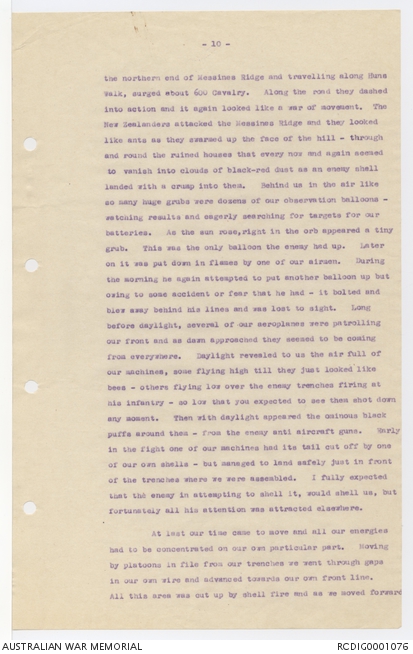 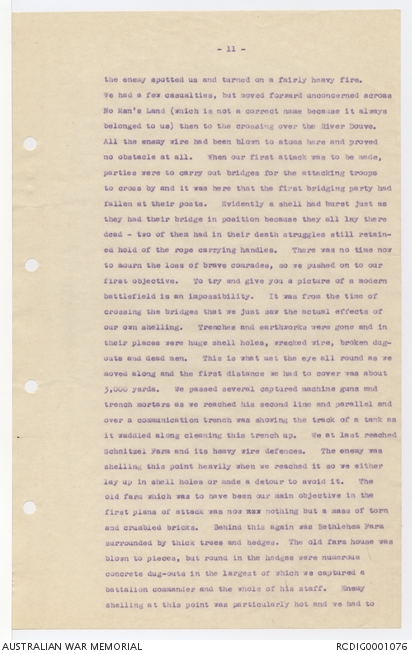 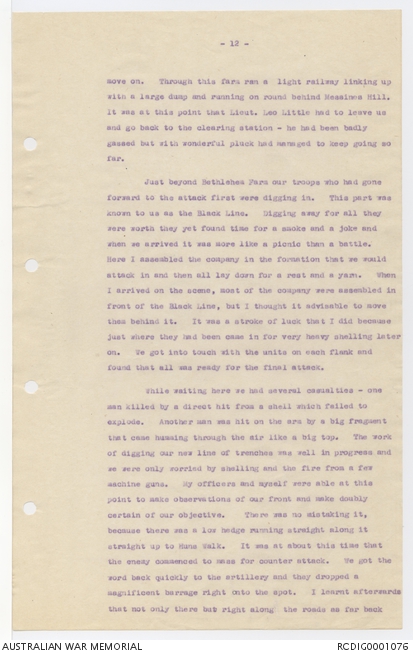 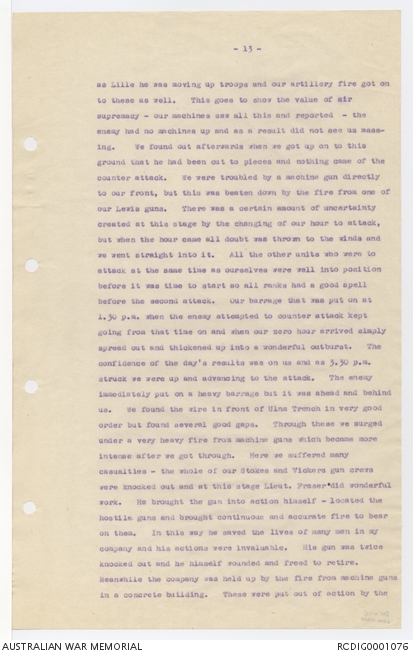 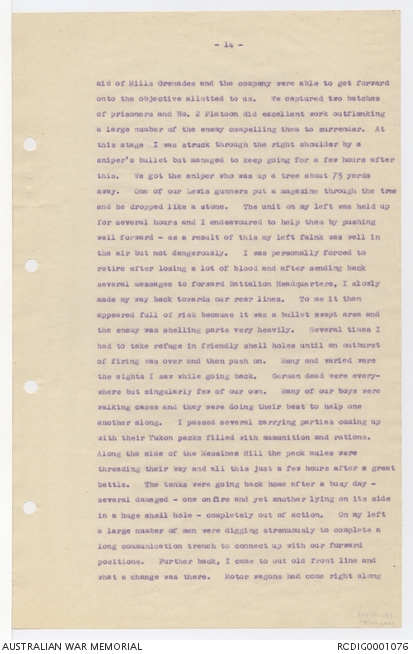 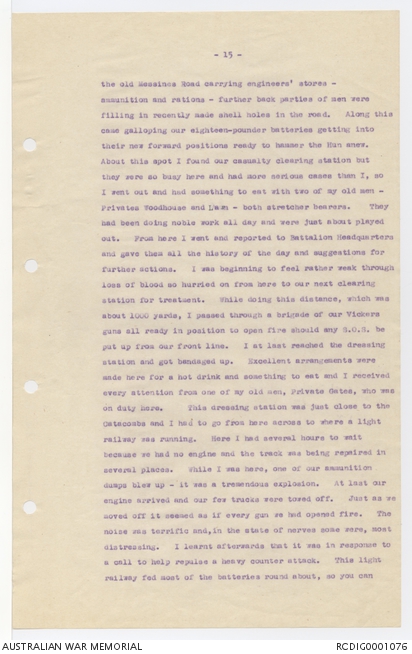 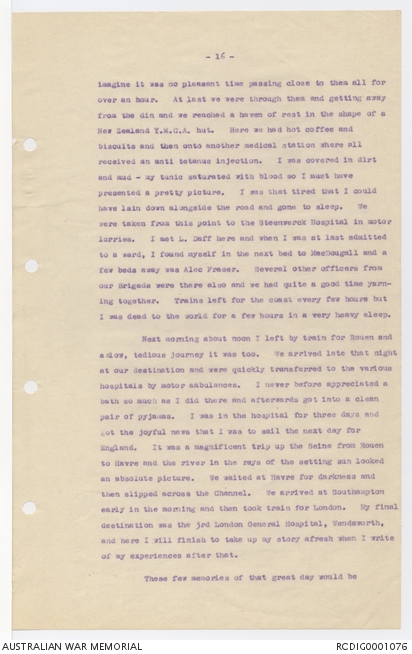 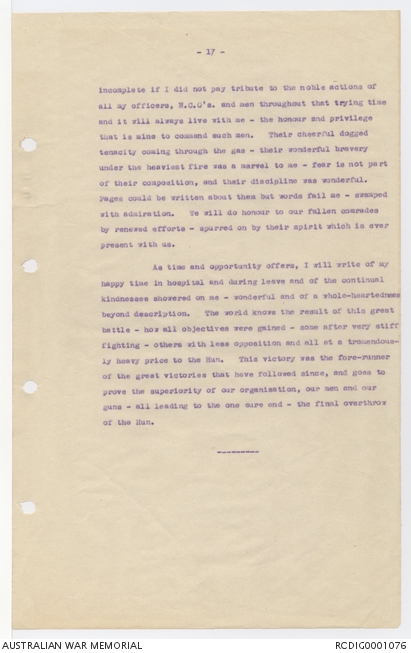 Typescript account relating to the First World War service of Captain Robert Cuthbert Grieve. In this account, Grieve documents in great detail the preparations for and events of the Battle of Messines on 7 June 1917. This account includes details of the preparations that took place preceding the battle, the use of mortars to create gaps in German front lines, the nightly raiding parties, and the effectiveness of aerial balloons. He also writes of the excitement that pervaded the evening preceding the battle and the actual battle itself, including the advance across the no man’s land. Grieve writes that after he was injured he sought treatment but, upon finding the casualty clearing station full of cases he considered far worse than his, left and did not return until he felt treatment was absolutely necessary.