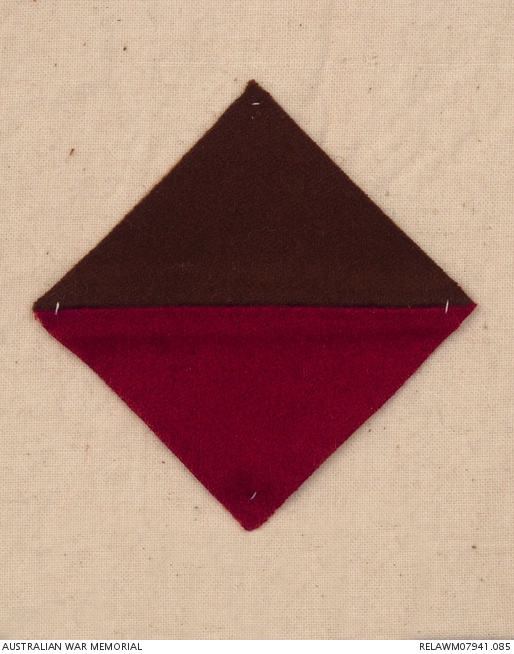 The 23rd Battalion was raised in Victoria in March 1915 as the third battalion of the 6th Brigade. After initial training, it left Australia in March and arrived in Egypt, where it would complete its advanced training, in June.

As part of the 2nd Australian Division, the 6th Brigade landed at ANZAC Cove in early September. The 23rd Battalion was soon manning one of the most trying parts of the Anzac front line - Lone Pine. The fighting here was so dangerous and exhausting that battalions were relieved every day. The 23rd manned Lone Pine, alternating with the 24th Battalion, until they left Gallipoli in December 1915.

The battalion was next "in the line" on 10 April 1916, when it occupied forward trenches of the Armentieres sector in northern France. This relatively gentle introduction to the Western Front was followed in July by the horrific battles of Pozieres and Mouquet Farm, after which it was estimated that the Battalion lost almost 90 per cent of its original members.

After manning the front line throughout the bleak winter of 1916-17, the battalion's next trial came at the second battle of Bullecourt in May. After the failure of the first attempt to capture this town, by troops of the 4th Australian Division, this new attack was heavily rehearsed. The 23rd Battalion succeeded in capturing all of its objectives, and holding them until relieved, but, subjected to heavy counter-attacks, the first day of this battle was the battalion's single most costly of the war. Later in 1917 the battalion moved with the rest of the AIF to the Ypres sector in Belgium, and in October participated in the battle to secure Broodseinde Ridge.

In April 1918 the 23rd helped to turn back the German spring offensive, and then took part in the battles that would mark the beginning of Germany's defeat - Hamel, Amiens and Mont St Quentin. The fighting for Mont St Quentin resulted in the battalion's only Victoria Cross, awarded to Private Robert Mactier.

The battalion fought its last battle around the town of Beaurevoir between 3 and 4 October. It left the front for the last time on the night of 5 October, and was resting when the armistice was declared on 11 November. The 23rd Battalion disbanded in Belgium on 30 April 1919.