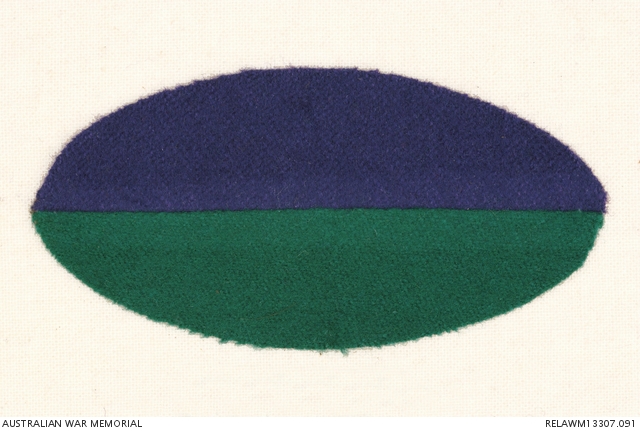 The 34th Battalion was formed in January 1916 at a camp established at the Maitland showground in New South Wales. It was planned that the bulk of the battalion's recruits would be drawn from the Maitland area and thus it was dubbed "Maitland's Own". The first recruits for the 34th, however, hailed from the far north-west of the state and arrived at Maitland after joining a recruiting march that began at Walgett. These men were known as the "Wallabies".

The 34th became part of the 9th Brigade of the 3rd Australian Division. It left Sydney, bound for the United Kingdom in May 1916. Arriving there in late June, the battalion spent the next five months training. It crossed to France on 22 November, and moved into the trenches of the Western Front for the first time on 27 November, just in time for the onset of the terrible winter of 1916-17.

The 34th Battalion had to wait until the emphasis of British and Dominion operations switched to the Ypres Sector of Belgium in mid-1917 to take part in its first major battle; this was the battle of Messines, launched on 7 June. After several stints in the trenches, and a period of rest and training, the battalion entered battle again on 12 October around Passchendaele. The battlefield, though, had been deluged with rain, and thick mud tugged at the advancing troops and fouled their weapons. The battle ended in a disastrous defeat, and over 50 per cent casualties for the 34th.

For the next five months the 34th alternated been periods of rest, training, labouring, and service in the line. When the German Army launched its last great offensive in the spring of 1918, the battalion was part of the force deployed to defend the approach to Amiens around Villers-Bretonneux. It took part in a counter-attack at Hangard Wood on 30 March, and helped to defeat a major drive on Villers- Bretonneux on 4 April.

Later in 1918, the 34th also played a role in the Allies' own offensive. It fought at the battle of Amiens on 8 August, during the rapid advance that followed, and in the battle of St Quentin Canal - the operation that breached the Hindenburg Line at the end of September, thus sealing Germany's defeat. The 34th Battalion disbanded in May 1919.