The advance to victory

For the ordinary soldier the dawn of 1918 seemed to bring only the prospect of another year of squalid trenches, continued fighting and further deaths. The recent collapse of Russia had released more German divisions for the Western Front. On the other hand, America had now joined the conflict on the allies’ side.

There were about 120,000 Australians in France and Belgium, but the fighting units were under strain. Casualties had been heavy throughout 1917 and in December Australians had, for the second time, voted against introducing conscription for overseas service. The pool of willing volunteers was almost dry and in the months ahead many more thousands of those still serving would be killed or wounded.

The Germans planned a mighty offensive for spring. At the same time the British commander, Field Marshal Sir Douglas Haig, wanted to renew his attacks in Flanders. In March the Germans struck. Quickly the British army along the Somme was forced back 50 kilometres. Then the Australians joined in, finally holding the advance within sight of the city of Amiens.

In the following months the diggers joined French, American and other British and Empire troops in a counter-offensive to drive the enemy first into retreat and then beyond the formidable Hindenburg Line. This became the advance to final victory. 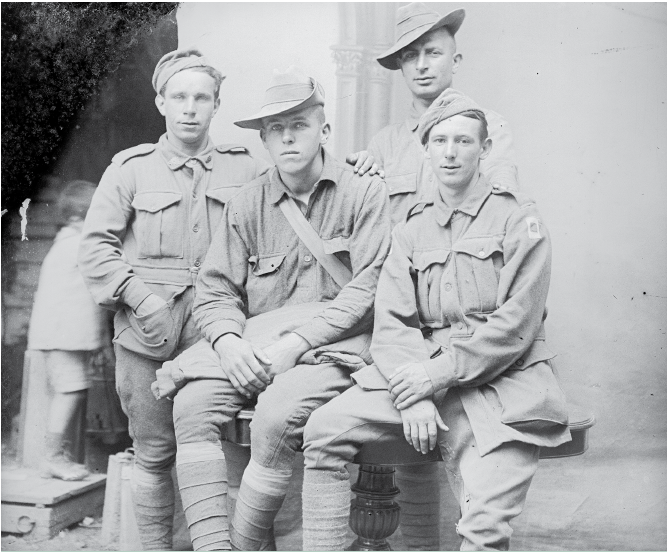 Australians in France quickly made friends with the newly arrived American troops. Here, in a group of men resting at Vignacourt in 1918, two Australians have swapped headwear with two Americans before facing the camera. AWM P10550.615 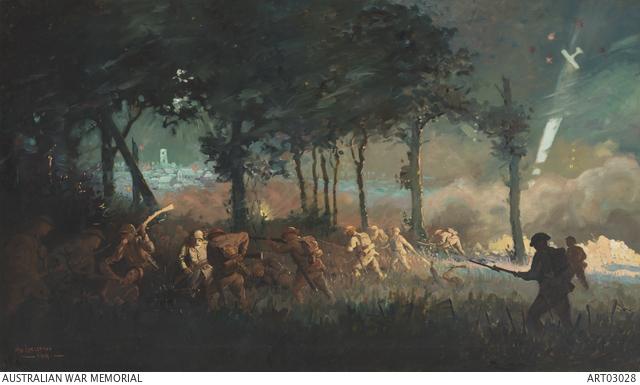 The past year’s fighting, with its heavy losses and limited gains, had greatly affected the Australian soldiers, and the bitter winter months only added to their ordeals. The men were tired, their ranks depleted, and many feared the Germans would likely attack in the spring. In March 1918 the enemy struck, launching a large offensive in the Somme region. It was a powerful blow, using massed artillery and “Stormtrooper” tactics. The situation was desperate: one after another, places so savagely fought over in past years fell back into German hands. The British Fifth Army retreated to within sight of Amiens. The old city, a vital communications hub, was under direct threat.

The diggers were rushed from Flanders, 100 kilometres away, to fill gaps in the line. They were soon spread out along a 20-kilometre front, from Albert to Villers-Bretonneux, on both sides of the Somme River. By then the offensive was losing momentum. On 4 April the Germans attacked heavily at Villers-Bretonneux but were driven off; next day, they targeted Hebuterne and Dernancourt and were again repulsed. Finally, on 24 April a major attack fell on Villers’Bretonneux and British troops were forced to withdraw. The Germans got to the Amiens side of the town. Only a quick and powerful counter-attack could save the situation. That night two Australian brigades (the 13th and 15th), with some British units, attacked in a pincer movement. In the face of machine-gun fire, the men fought their way over unfamiliar ground in the dark. By next morning – Anzac Day – many of the enemy had been killed, captured or driven back. The Germans had lost their chance to reach Amiens. They would not try again.