Stories from the Australian War Memorial

Collected is a podcast series exploring the artefacts that make up the National Collection of the Australian War Memorial.

Join journalist Louise Maher as she takes a closer look at the obscure, popular, strange, and wonderful items in the collection.

Through conversations with historians and curators, and first-hand accounts from the people connected with these artefacts, Maher peels back the layers of history and uncovers the stories that the public don’t always get to hear.

The magnificent Lone Pine planted at the Memorial is 1934 is a living symbol of the sacrifice of war. It was grown by a bereaved mother from the seeds from pine cones gathered by her son at Gallipoli. Since the late 1940s, around 70,000 seedlings have been propagated from this one tree for distribution around Australia and the world. In Episode 28 of Collected, Louise Maher visits the tree in the Memorial’s grounds, the Lone Pine diorama which dramatically recreates the battle which took its name, as well as the nursery where the seedlings are tended and a school which has proudly planted one.

The history of military aviation is told in the stories of the Memorial’s oldest and newest aircraft. Built 70 years apart, these two planes demonstrate the huge and rapid shifts in design and technology in the 20th century. In Episode 27 of Collected, Louise Maher visits the Treloar Technology Centre to see a 1910 monoplane that was purchased for Australia’s first military flying school and an FA-18 Classic Hornet recently retired from service with the RAAF.

HMAS Brisbane was one of the first three major Australian war ships designed and built in the United States and the last steam powered ship in the Royal Australian Navy. After the destroyer was retired from service in 2001, its command and control centre, the bridge, was placed on display at the Memorial. Join Louise Maher on a tour of the bridge to learn about HMAS Brisbane’s role in the Vietnam and Gulf Wars.

The Australian tail gunners who served in World War Two had a particularly dangerous job. They spent hours in cramped, freezing conditions, perched in Perspex turrets at the rear of bomber planes, vulnerable to enemy fire and often exposed to the elements. In Episode 25 of Collected, Louise Maher is shown a gun turret that survived the war and hears the stories of men who lived to tell the tale of bombing raids over Europe.

In 1945, a young Indigenous Australian solider recently released from a German prisoner-of-war camp sat to have his portrait painted by war artist, Stella Bowen. It was nearly 70 years before his identity was discovered. In Episode 24 of Collected, Louise Maher explores the work of the ‘ghost-hunters’ behind the Memorial’s Indigenous Defence List which acknowledges and honours the service of Indigenous Australian defence personnel.

How do you preserve fragile items of clothing that tell remarkable stories about two young women whose lives were transformed by World War Two? Henryka’s cotton frock was made from Nazi curtains to give her something to wear when she finally walked free from a concentration camp. Maud’s satin wedding gown was packed away for three years while she waited to be reunited with her American fiancé. In Episode 23 of Collected Louise Maher explores the lives of these two women and finds out how their precious dresses are being cared for at the Memorial.

Nearly every town across Australia has its own war memorial. They range from small monuments – perhaps a stained glass window in a church – to community halls and swimming pools. Places of Pride, the National Register of War Memorials, is an Australian War Memorial initiative to record the location and photo of every publicly accessible war memorial in Australia. In Episode 22 of Collected Louise Maher finds out how the project works and meets a volunteer who has contributed over 400 memorials to the site.

Australia has a proud record of peacekeeping around the world, from the Middle East to Asia, Africa to the Pacific. These operations have often involved ensuring the wellbeing of children. In Episode 21 of Collected, Louise Maher discovers the peacekeeping stories behind toy guns collected in Somalia, an artwork about the conflict in Bougainville and a song about a cow recorded on cassette.

When the war in the Pacific ended on August 15, 1945, Australians went wild with joy. That day – VP (Victory in the Pacific) Day – was celebrated across the country with street parties and parades. But the day was also marked with sorrow for the tens of thousands of Australians killed or injured.  To commemorate the 75th anniversary of VP Day, Louise Maher explores the story of a young woman’s simple knitted vest that symbolised the relief of the nation and hope for the future.

Opportunities were limited for women who wanted to serve in World War One. But many women found a way to use their social position, skills, ingenuity or pure pluck to contribute to the war effort. In Episode 19 of Collected, Louise Maher shares the stories of three remarkable women, including the teenager who disguised herself as a young man to stow away on a troopship.

Towards the end of World War Two, Japan built and mobilised thousands of killer boats to defend its homeland and occupied territories from possible Allied invasion. In Episode 18 of Collected, Louise Maher discovers how one of these Shinyo suicide launches was captured by Australian troops in Borneo and used for joyrides after the war before finding a permanent home at the War Memorial.

Just months before he sailed for Gallipoli a young Australian soldier on leave in Egypt recorded a letter to send home. This unique artefact is the oldest known recording of an ordinary solider at war. In Episode 17 of Collected, Louise Maher hears the story of the Lanser disc and other recorded letters and messages which enabled families on the home front to hear the voices of their loved ones serving overseas.

In 1993, the remains of a WWI Australian soldier were brought home from the battlefields of France and laid to rest in the Hall of Memory at the Australian War Memorial. In Episode 16 of Collected, Louise Maher discovers the history of the Unknown Soldier, meets the tomb’s caretaker and hears the story of the pigeon determined to share this sacred space by building a nest of poppies.

During the Second World War, 10,000 Australians served in British-based Bomber Command. More than one in three were killed during air raids over Europe, in training, or in accidents. In Episode 15 of Collected, Louise Maher explores the remarkable history of the Memorial’s Lancaster Avro ‘G for George’ and the stories of the men who flew in these heavy four-engined bombers.

Dogs have always accompanied Australians to war, as mascots, messengers, scouts, guards - and comforting companions in tough times. These days, dogs in the Australian Defence Force are highly trained and serve in specific and vital roles. In Episode 14 of Collected, Louise Maher learns about the long and varied history of military working dogs and visits a new memorial that honours their courage, skill and devotion.

Episode thirteen - Against All Odds

During the Second World War, the oceans of the world became even more perilous – for civilians and merchant seamen as well as naval forces. In Episode 13 of Collected, Louise Maher explores the stories behind four maritime disasters and the people who survived against the odds.

Christmas is a meant to be a time of joy and celebration. So how have Australian servicemen and women – and their families at home – coped during times of war? In Episode 12 of Colllected, Louise Maher discovers some heart-warming Christmas stories told through some of the Memorial’s more unusual items.
Credits and Collection items featured in episode 12.

Women have always played a vital role on the home front, supporting the war effort in a variety of ways from factory work to fund-raising. But women have also contributed though military service and by bearing witness. In Episode 11 of Collected, Louise Maher shares the war experiences of four very different women: Alice Chisholm, Olive Sherington, Nora Heysen and Sophia Le Faucheur.
Credits and Collection items featured in episode 11

The first Oscar awarded to an Australian film shines a spotlight on the work of ace war cinematographer Damien Parer. In Episode 10 of Collected, Louise Maher learns about the mystery behind the Academy Award in the Memorial’s collection and the impact of Parer’s 1942 film Kokoda front line! Collection items featured in episode ten.

It’s 100 years since the first recipe for what we know as Anzac biscuits was published in a cookbook. In Episode 9 of Collected, Louise Maher explores the history of these sweet treats, and discovers how prisoners of war shared recipes for dozens of different dishes as a secret survival strategy. Further information on episode nine.

Jim Easton and Lou Engledow were young men thrown together in the Second World War as prisoners of the Japanese on the Burma-Thailand Railway. In Episode 8 of Collected, Louise Maher is shown a scrap of red fabric, snatched by Jim and saved by Lou, that bears witness to their friendship and survival. Collection items featured in episode eight.

It’s 75 years since the D-Day landings in Normandy, France – the Allied invasion which led to the liberation of Western Europe from Nazi Germany. In Episode 7 of Collected, Louise Maher talks to Senior Curator Shane Casey about the small but important role Australians played in the campaign and shares first-hand accounts from some of the servicemen who risk their lives to be there. Collection items featured in episode seven.

Reverse-painted glass framed photographs are a rare and fragile part of the Memorial’s collection. The Memorial has the largest-known collection of these unique portraits in the world. In episode six of Collected Louise Maher talks to Curator Joanne Smedley about these works and the exhibition currently on display at the Memorial. In conversation with art conservator Janet Hearne, Louise gets an insight into the delicate challenge of preserving these precious artefacts.

Music has the ability to express feelings and ideas in simple, relatable ways; it has the capacity to bring people together and galvanise the spirit. So it should come as no surprise to discover that music of all kinds played an important role in the First World War. In Episode 5 of Collected Louise Maher talks to Senior Curator, Theresa Cronk and the Memorials Artist in Residence, Chris Latham about the music, the composers and the social impact. Collection items featured in episode five.

Episode four reveals the history and meaning of tattoos in the Australian Defence Force. In conversation with curator Stephanie Boyle, Canberra tattoo artist Peter Bone and through oral histories, Louise Maher shares the ways servicemen and women, their loved ones and veterans have inked their skin in commemoration, pride - or just to pass the time. Collection items featured in episode four.

Episode two explores the different ways mothers have dealt with the grief of losing sons in war. In conversation with Memorial curators Kerry Neale and Stephanie Boyle, Maher discovers the significance of a gold brooch and a tin of biscuits currently on display in the Memorial's After the war exhibition. View credits and the collection items featured in episode two.

Episode one - the Treaty of Versailles

Episode one looks at Australia’s official copy of the Treaty of Versailles, currently on display as part of the Memorial’s After the war exhibition. In conversation with Memorial curators Kerry Neale and Anthea Gunn, Maher explores the history of this extraordinary document and the important role Australia played in its signing. View the collection items featured in episode one. 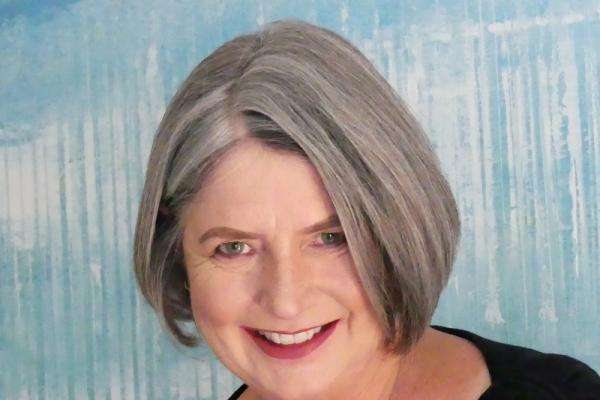 Louise Maher is a journalist, podcaster and editor. She worked for many years in radio as a reporter, presenter and producer, including 25 years with the ABC.

The opinions expressed in this podcast series are those of individual contributors and do not necessarily reflect the views of the Australian War Memorial.