The relationship between Australian and English soldiers could perhaps be characterised by a friendly rivalry. Working and fighting together during the war, both similarities and differences between the two groups were highlighted. British soldiers were called "Tommies" by the Australians, a reference to "Thomas Atkins", the first name that the Duke of Wellington entered into the first British army sample soldier's pay-book.

There is some debate about the smoothness of relations between the Australian troops and the British troops. Although some Australians went to war with a sense of England as the "Motherland", this also led to a perceived attitude by some "Tommies" that the Australians were backward and coarse "Colonials". While considered excellent soldiers, Australians were known for their easygoing natures, their ability to enjoy themselves heartily when on leave, as well as their reputation for a relaxed attitude to discipline.

The Australians were said to be less concerned with the formality of hierarchy and orders, especially with British officers. Gunner J.R. Armitage wrote on 3 July 1918:

One night we were hopelessly blocked by an English unit's waggon which had got a wheel over the narrow bridge. After a while we could stand it no longer, so we unhitched the horses and tipped the waggon and contents into the river. The Tommies took a poor view, but everyone else was pleased.

Some Australian soldiers felt that their contribution to the war effort was not appreciated . In a letter to his mother in July 1918, Private Ronald Simpson wrote:

England would have been in a sorry way if it were not for the few Colonials that are over here.

Even Major General John Monash felt that the Australians were undervalued by the English. In a letter discussing the Australian successes at Villers-Bretonneux in April 1918, he wrote:

The British public is at last beginning to sit up and take notice, and from an attitude of cold and rather critical patronage towards Australians, and vague allusion to their "slack discipline" (forsooth), the people in England, the English troops and officers, and finally the War Office itself, are beginning to realize that the Australians are some of the best troops in the whole Empire, always to be relied upon, not merely to hold securely all ground but also to carry out every reasonable task set them.
However, any antagonism towards the English may have stemmed from the fact that the latter were often in command of Australian troops. Negative attitudes towards Australian command were probably just as common.

It has also been said that the Australians felt more of a sense of class distinction among the British ranks. In a letter dated 26 July 1918, Lance Corporal A.H. McKibbin commented that

as far as England is concerned, I hope that the flame of democracy, bred by this awful war will utterly destroy for all time the feudalistic and stone-age institutions of this aristocracy-ridden, but beautiful country.

Most of the time, however, Australian and English soldiers fought well together as Allies united in a common goal. Being a small nation and all volunteers, it is not surprising that the Australians felt they had a right to display a certain overwhelming pride and prejudice against other nationalities. In reality, though, it was the combined efforts of all the Allied forces involved that won the war. 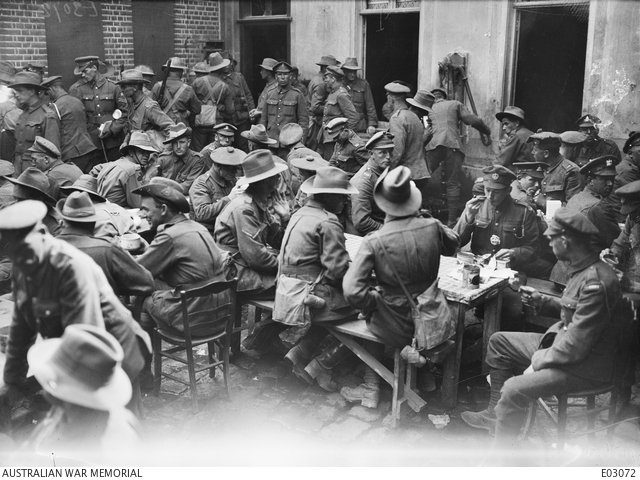 Australian and British soldiers enjoying coffee and biscuits in the Australian YMCA at Corbie, France, August, 1918 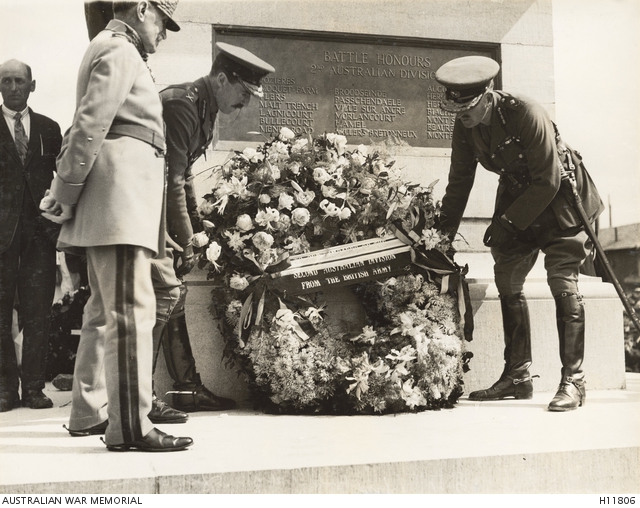