Allies in adversity, Australia and the Dutch in the Pacific War: Comfort women

Jan O’Herne was born in 1923 at Bandoeng, in central Java. After the Japanese invasion of the NEI, she, her mother, and her two sisters were interned, along with thousands of other Dutch women and children, in a disused and condemned army barracks at Ambarawa.

In February 1944 a truck arrived at the camp, and all the girls 17 years and above were made to line-up in the compound. The ten most attractive, including Jan O’Herne, were selected by Japanese officers and told to pack a bag quickly. Seven of the girls (including O’Herne) were taken to an old Dutch colonial house at Selarang, some 47 kilometres from their camp. This house, which became known to the Japanese as ”The House of the Seven Seas“, was used as a military brothel, and its inmates were to become ”comfort women“.

On their first morning at the house, photographs of the girls were taken, and displayed on the front verandah which served as a reception area. Visiting Japanese personnel would then select from these photographs. Over the following four months, the girls, all virgins, were repeatedly raped and beaten, day and night. Those who became pregnant were forced to have miscarriages.

After four harrowing months, the girls were moved to a camp at Bogor, in West Java, where they were reunited with their families. This camp was exclusively for women who had been put into military brothels, and the Japanese warned the inmates that if anyone told what had happened to them, they and their family members would be killed. Several months later the O’Hernes were transferred to a camp at Batavia, which was liberated on 15 August 1945.

In 1946, O’Herne married British soldier Tom Ruff, whose unit had protected the camp from Indonesian freedom fighters after its liberation. The two emigrated to Australia from Britain in 1960. 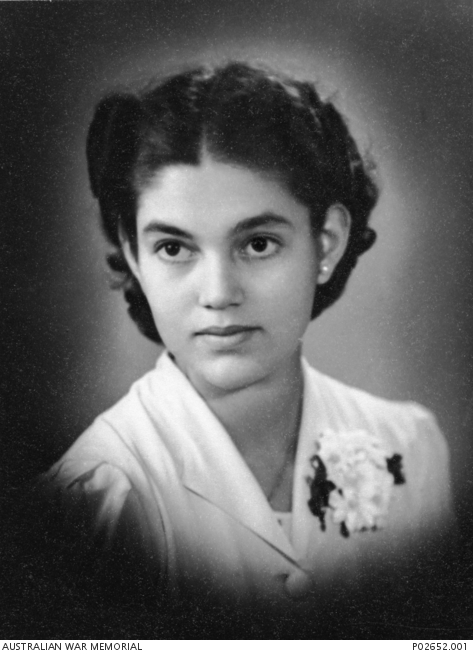 Portrait of Jan O’Herne, taken at Bandoeng, Java, shortly before the Japanese invasion in March 1942. 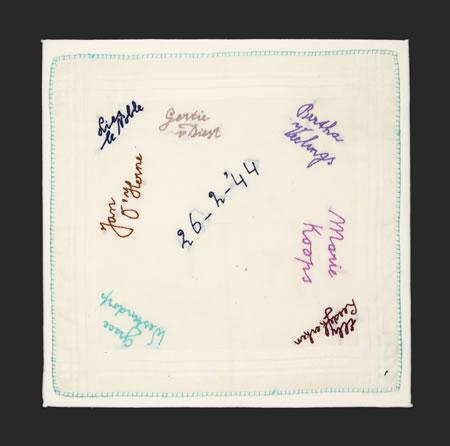 As they were being taken from the camp by the Japanese, the other female inmates tried to pass small gifts to the ten chosen girls. Jan O’Herne received this handkerchief, which was subsequently embroidered with the signatures of the seven girls taken to ”The House of the Seven Seas“. 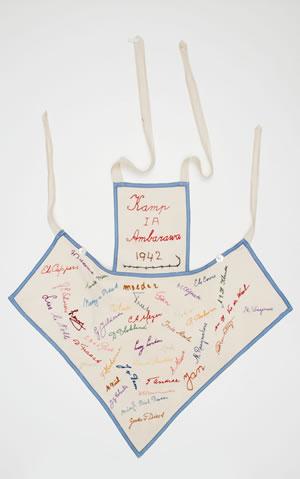 ”Kamp 1A“, at Ambarawa, held about 3,000 Dutch women and children. This apron was embroidered in 1942 with the signatures of about 40 of the interned women, including those of O’Herne’s mother and two sisters.