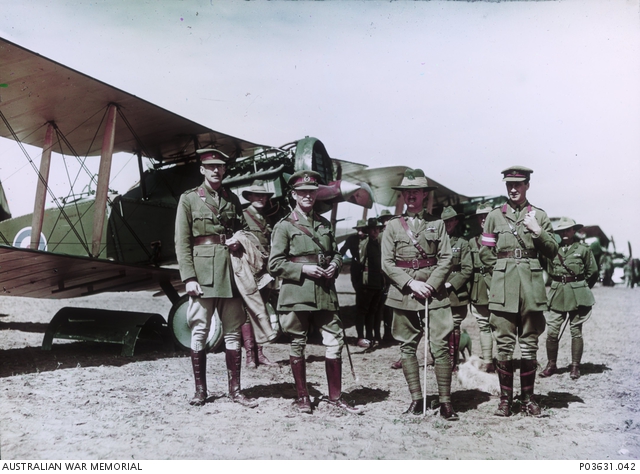 To Charles Bean, Australia’s official historian of the First World War, photographs were “sacred records” that would allow “future generations to see forever the plain, simple truth”. He valued photography for its documentary role and had little time for overly-dramatised propaganda or staged photographs.

Private cameras were banned in British armies on the Western Front, and throughout 1916 Bean repeatedly, but unsuccessfully, sought permission to take his own photographs. Forced instead to rely on British official photographers, and knowing that their work often involved staged shots, Bean grew increasingly concerned at the absence of authentic photographs of Australians. After much lobbying, in mid-1917 he commissioned two Australians, polar adventurers Frank Hurley and Hubert Wilkins, as official photographers to the Australian Imperial Force (AIF).

Excellent craftsmen with an eye for grand scale, Hurley and Wilkins mainly took black-and-white images, which offered greater flexibility for action shots. However, they also made motion pictures and colour Paget plates. Though he favoured photographs made for the historical record, Bean accepted the need for press and propaganda shots. As a result, he initially decided that Hurley would take press and propaganda images, while Wilkins’s photographs would document the war. This arrangement quickly broke down, and in the end little distinction was made between the two photographers’ work.

Press photography in this war is such a construction of flimsy fake… That is the last thing a historian wants to build on.
Charles Bean, 12 May 1916