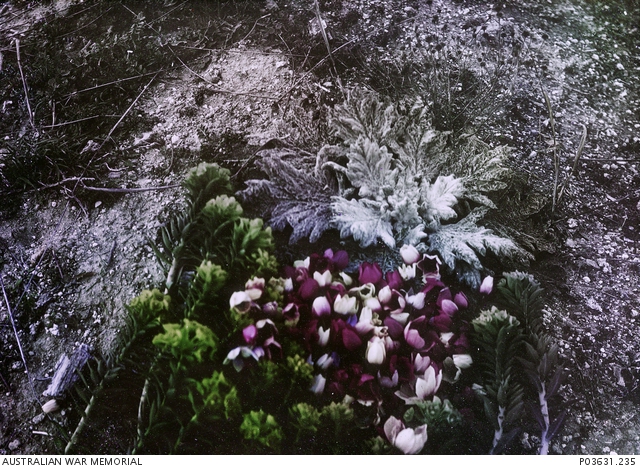 Wilkins was born at Mount Bryan East, South Australia. As a young adult, he moved to England, where he worked as a cameraman and photographer.

In 1912, working as a cinematographer for a London-based company, Wilkins filmed fighting between Turks and Bulgarians in the Balkan war. In 1913 he joined a Canadian Arctic expedition, and thus remained unaware of the outbreak of war until 1916. Enlisting in the Australian Flying Corps (AFC), he gave his occupation as “explorer”, but colour blindness kept him from operational flying. He became an official photographer to the AIF in 1917.

Captain Wilkins took great risks both to get his photographs and as a soldier. He was awarded the Military Cross (MC) for bringing in wounded under fire, and received a bar to his MC for leading inexperienced American troops out of a deadly situation in September 1918. In July he took command of the photographic sub-section of the Australian War Records Section.

He accompanied Bean’s 1919 Gallipoli mission, to photograph the scene of the 1915 campaign. Later he travelled to the polar regions and the Soviet Union. He was knighted in June 1928, and in 1931 he tried to reach the North Pole by submarine. Wilkins settled in the United States, where he died in Massachusetts in 1958.