The Australian military legend is founded on one date - 25 April 1915. On that day Australian troops began an amphibious landing on the Gallipoli peninsula. Since then the legend has been developed, expanded, embellished and confirmed on many battlefields, and it remains central to Australians' self image.

It was not on the basis of their strategic achievements but because of the way in which the Australian troops performed that the ANZAC legend was born. Facing small chance of success, forbidding terrain, and constant fire from well established defences; surrounded by death, short of water and food, living in the most primitive conditions, they displayed phenomenal endurance, discipline and courage. Such qualities came to be known as the ANZAC spirit. 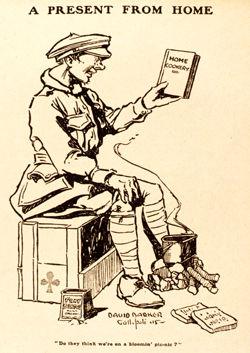 A present from home - “Do they think we're on a bloomin' pic-nic?”
From The ANZAC Book 1916, edited by CEW Bean, pg 64. Collection of the Australian War Memorial. 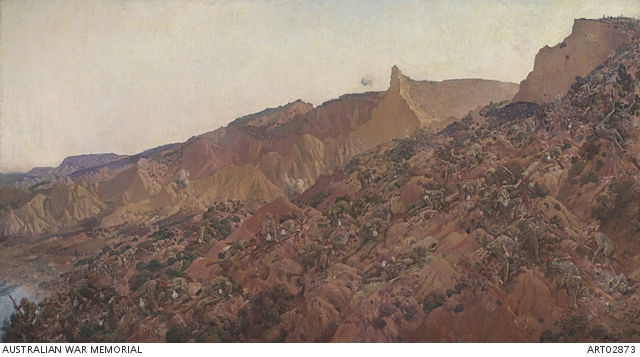