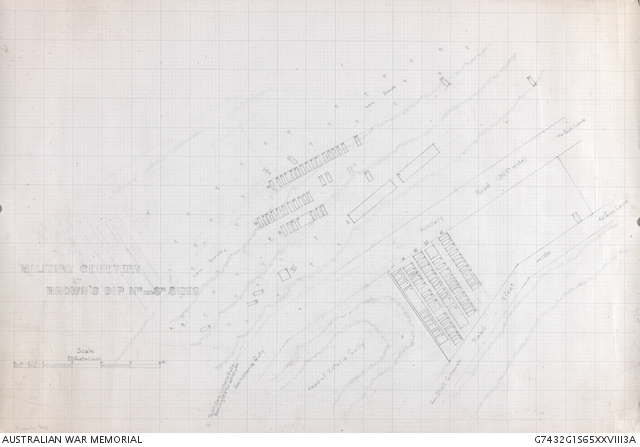 This plan shows a cemetery which no longer exists in its original form. Brown’s Dip Cemetery was in the depression at the head of Victoria Gully on a major thoroughfare to the front line along Artillery Road. The cemetery contained the remains of 149 Australian soldiers.

After the war, Brown’s Dip cemetery was initially identified to remain as a permanent cemetery. However the site was unstable and prone to erosion and landslides. So in 1923 the soldiers at Brown’s Dip were moved to the new Lone Pine Cemetery where they were re-interred in the Brown’s Dip Plot.