Out in the Cold: Australia's involvement in the Korean War - Bren light machine-gun

The Bren light machine-gun was the main portable firepower of Australian infantry in Korea. Like many of the weapons used by Australians in Korea, the Bren had also been used during Second World War. The Bren was originally a Czech design and its name resulted from the combination of "Brno" and "Enfield", the location of the small-arms factories in Czechoslovakia and Great Britain respectively that contributed to its development.

A highly accurate and reliable weapon, the Bren could be fired by a single soldier but required a second man to carry its tools, spare parts and extra ammunition. The Bren fired the same .303-inch calibre ammunition as the soldiers' Lee Enfields; this was loaded in 30-round magazines. The magazines, however, were usually only filled with 28 rounds to prevent the weapon jamming.

The Bren's practical rate of fire was 120 rounds per minute, fired in bursts of three-five rounds. It was mostly fired from the ground, mounted on the bipod that formed part of the weapon, but it could also be fired from the hip. On the bipod, the Bren had an effective range of just under 550 metres, but mounted on a tripod it could deliver fire out to almost one and a half kilometres. 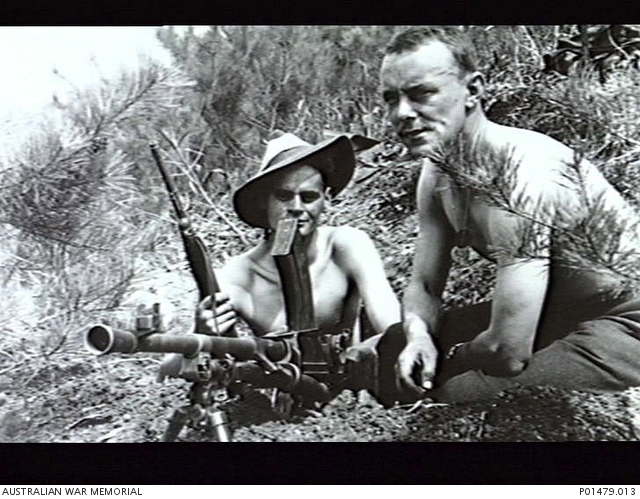 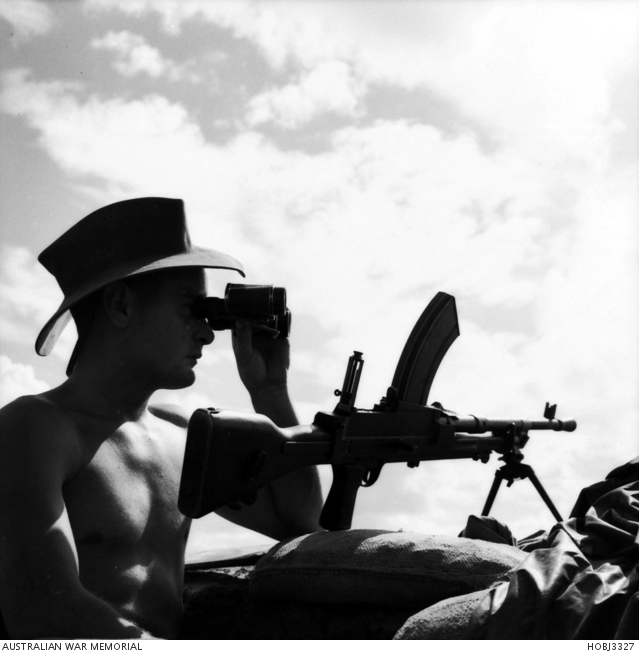 A Bren gunner of 1 RAR scans the enemy hills during the daily stand-to at last light, 1952.HOBJ3327