Work acknowledges the way in which society and industry were re-ordered during time of war, both through the effects of new technology and the need to replace workers and increase output. Some artists found themselves in unfamiliar surroundings, such as shipyards, forests and factories, recording a variety of wartime activities. The mobilisation of this labour force was vast, and men and women found themselves confronted with new skills to learn and new work environments to master. As part of this war effort, women increasingly replaced men in what had traditionally been male roles. 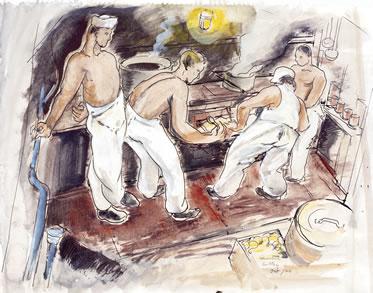 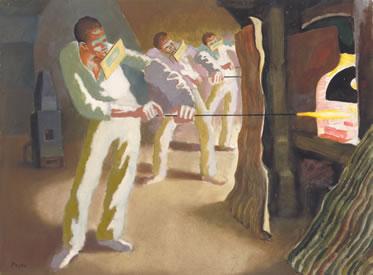 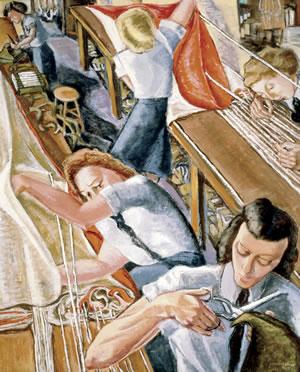 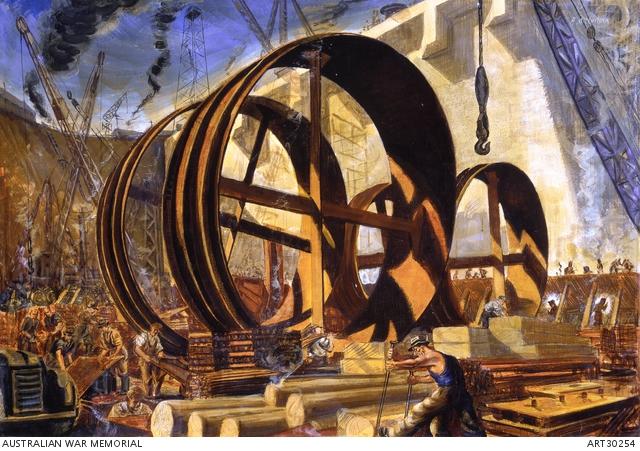 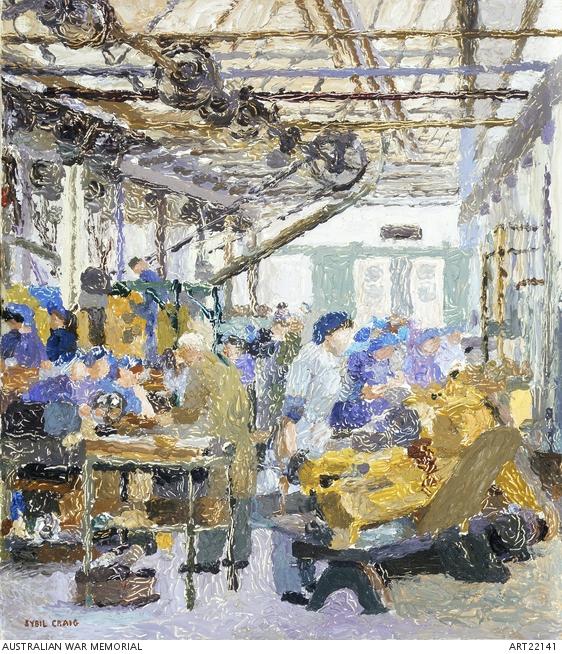 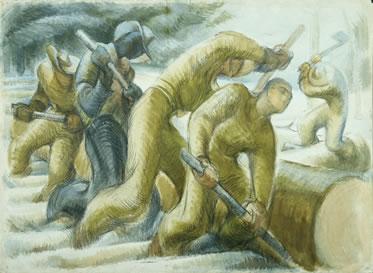 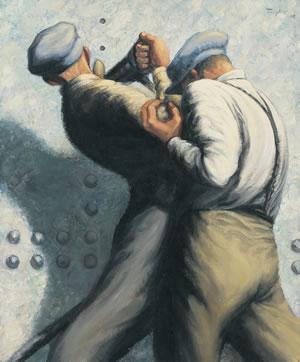 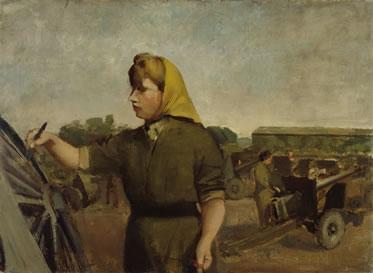 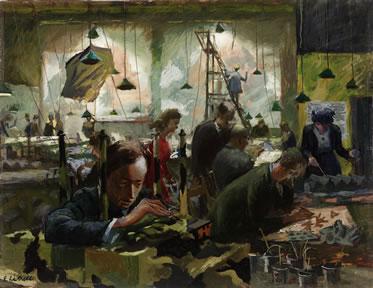 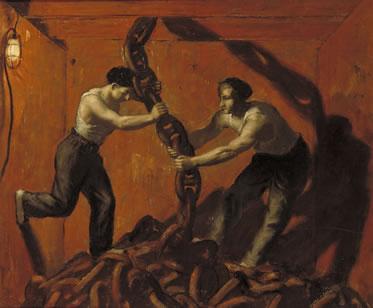 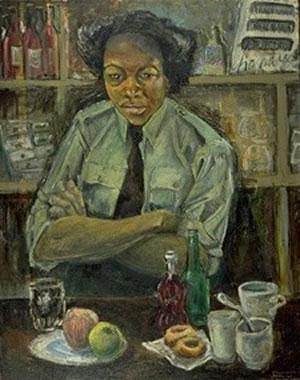 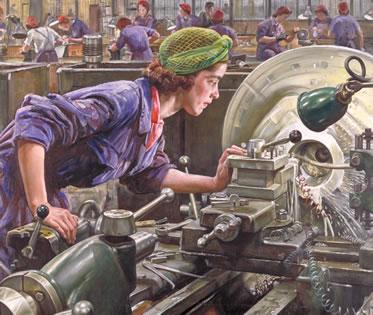 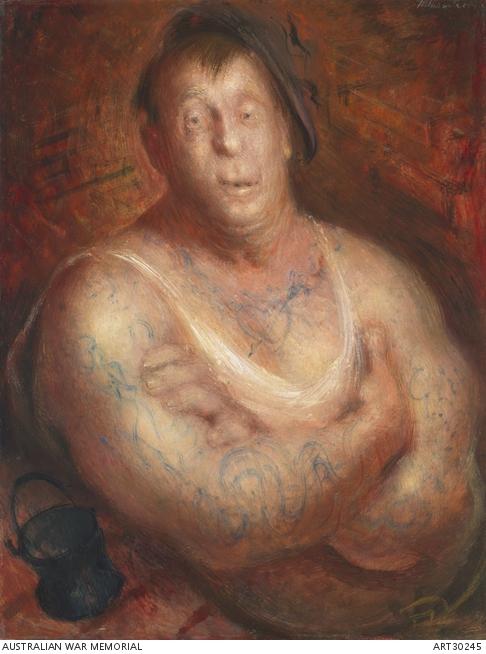 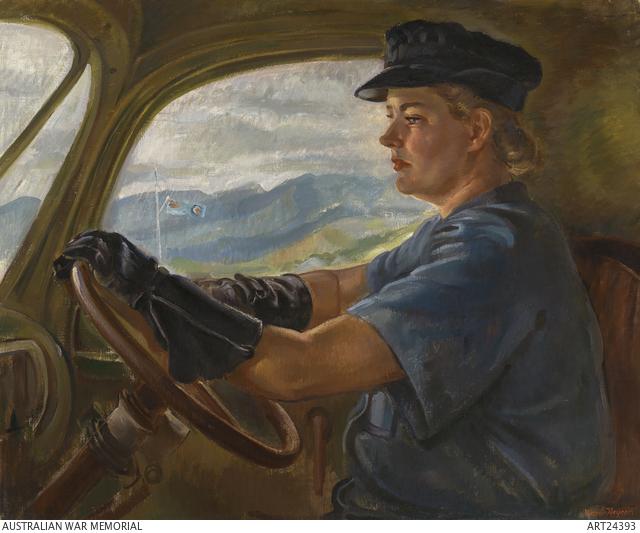 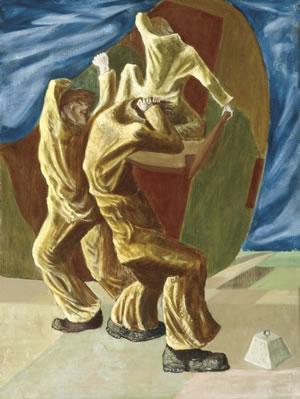 Weighing Down The Tail, New Brunswick 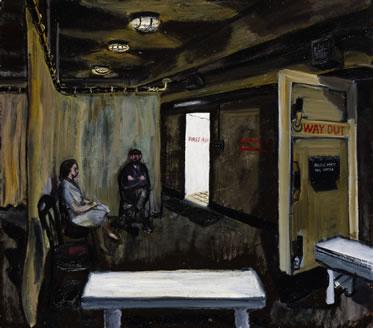