As bombing techniques developed, so did the Germans’ defences. The first line of defence was the radio and radar interception units that detected the approach of the bomber force. The bombers would then be attacked by fighter aircraft and exposed to anti-aircraft gun fire. Walls of searchlight beams illuminated the aircraft with blinding light. Industrial targets and large cities were most strongly defended. German civilians had their part to play: households kept buckets of sand and water and simple pumps ready for action. Many old people and women with young children were evacuated from the main cities. Others assisted in fire, medical, or auxiliary services, and by operating anti-aircraft guns, searchlights, radar, or sound-locators. 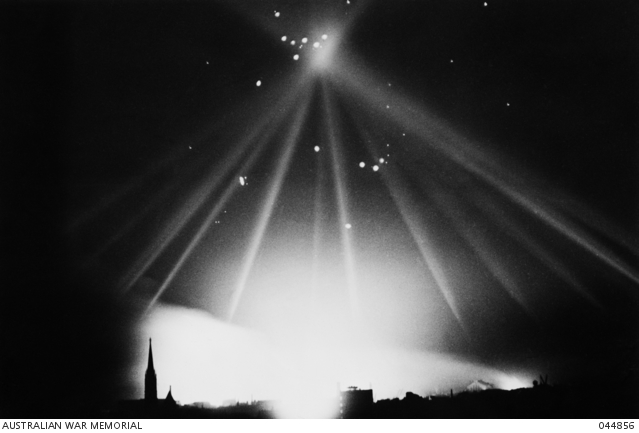 A night bombing raid on the German city of Bremen. A British bomber has been caught in the searchlight cone and heavy anti-aircraft fire is converging on the aircraft. 044856