“We had been left on Crete”

1 June 2021 marks the 80th anniversary of the last evacuation boat leaving Crete during the Second World War; 12,000 Allied soldiers, including 3,000 Australians, were stranded on the island.

John Desmond Peck had always been independent. In 1935, at the age of 13, he stole a neighbour’s bike and in one night rode 80 kilometres from Crib Point to Melbourne.

When the Second World War began, Peck was 17, too young for overseas service. Believing that there was no point in signing up “if you’re just going to be in a safe spot”, he falsified his birthdate. As far as the army was concerned, he was nearly 21 years old. By January 1940, Peck was on his way to the Middle East. 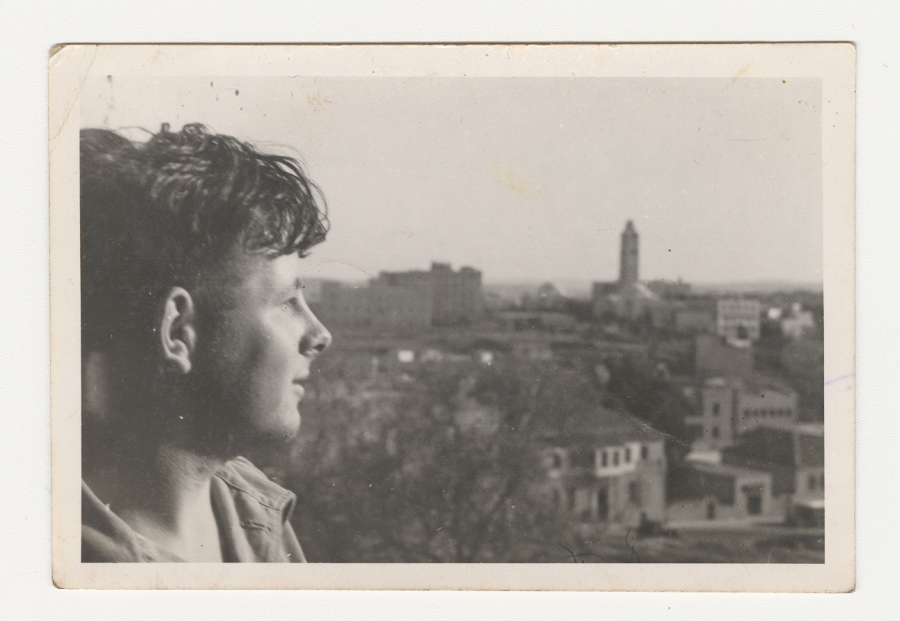 Peck insisted that he and his family remain in contact during the war. He told them to write every week, even if they had not received a response. The slow nature of postal delivery frustrated Peck, who was writing far more letters than he received, but he maintained an irrepressible sense of humour. On 24 April 1940 he wrote: “Hello, hello, hello. Can you hear me? This is that daring, dashing, daredevil Desmond John Peck, that lonely soldier in the Middle East calling across the sea to his home town in sunny Australia.”

He was also frustrated by the lack of action since arriving in Palestine. In March 1940, he applied to transfer to an infantry unit. However, the military was becoming increasingly vigilant about identifying underage servicemen. Peck’s youthful face raised suspicion, and his real age was discovered before his transfer request was completed. 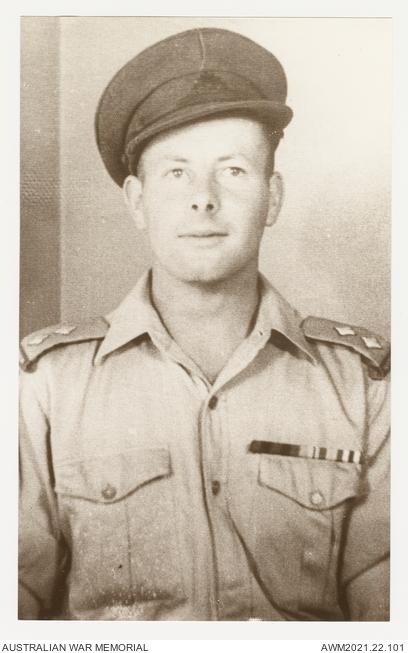 Years later, Peck reflected that he “always felt that [he] looked too young all the time”. Accession Number: AWM2021.22.101

Rather than being sent home, Peck was given jobs around the base, spending time as the officers’ drinks mixer, and a month as General Thomas Blamey’s batman. In September 1940, Peck’s transfer to the 2/7th Battalion was approved. He was now 18 years old.

Peck joined his battalion in battles at Bardia and Tobruk, but it was at Greece and then Crete that his unique qualities became apparent.

On 24 April 1941, less than three weeks after the German invasion of Greece, Peck and the rest of the 2/7th Battalion were evacuated on Dutch transport ship The Costa Rica. Three days later, after a near miss from German aircraft opened plates on her port side, The Costa Rica began to take on water. Within 40 minutes three destroyers had arrived to rescue the troops from the sinking ship. 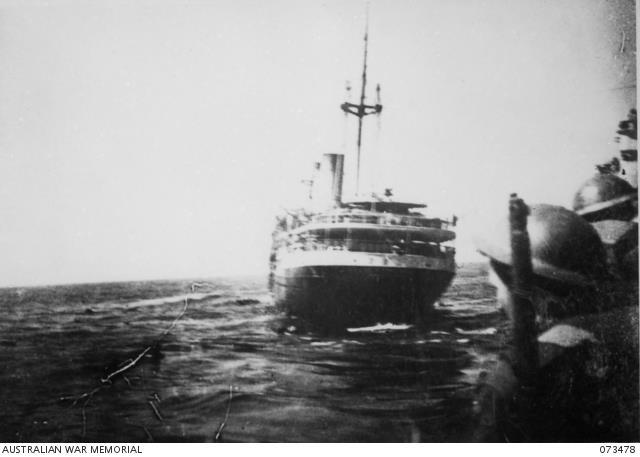 Dutch transport ship, The Costa Rica, sinking after damage from a German aircraft on 27 April 1941.

As the ship sank, Peck checked each cabin. After all personnel were accounted for he boarded the last rescue ship. His actions helped ensure there were no casualties.

This was not the last time Peck would put the safety of others before his own.

Although Peck believed he was headed to Alexandria to rest and regroup, the 2/7th was redirected to defend Crete.  Control of the island was vital.  From Crete Allied bombers were in range of the German fuel supply in Romania, and it was believed that Germany would soon try to capture the island.

On 20 May 1941, Germany began the invasion of Crete with the XI Fliegerkorps [11 Air Corps] transporting over 8,000 paratroopers to the island. The following day, a miscommunication between Brigadier James Hargest and Lieutenant Colonel Leslie Andrew caused Allied forces to leave the Maleme Airfield undefended, allowing German forces to gain control of the airfield. Despite substantial casualties to their paratrooper units, the Germans were able to land reinforcements and secure tactical dominance in the battle for Crete. 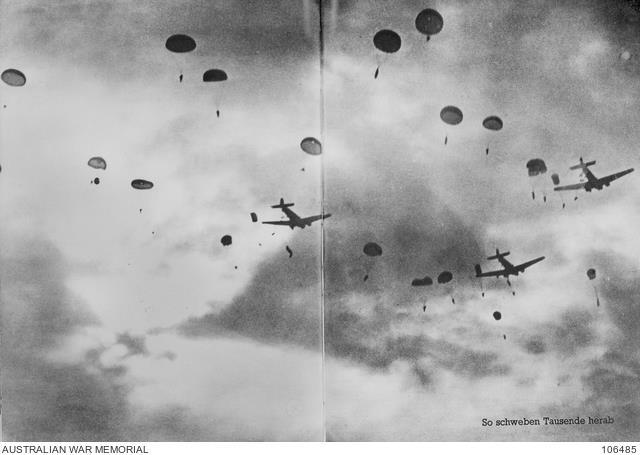 German paratroopers over Crete, May 1941.

On 28 May, eight days after the German invasion, the Allied forces began their retreat.

In his unpublished manuscript “Captive in Crete”, Peck described the evacuation:

Under cover of night we quietly prepared for retreat. Only essentials were to be carried. Anything which could rattle or clink was quietly dumped. We padded our boots with socks or shirts and muffled the rest of our gear with anything available. Our liberty, and probably our lives, depended on complete silence during the withdrawal.

The 2/7th Battalion formed the rear guard of the evacuation to Sphakia Cove. Peck remembered their orders: “Defend the beachhead at any cost but don’t provoke an attack which could carry the Germans through to the massed thousands of men hiding in the scrub and among the rocks awaiting the ships.”

This meant moving slowly and silently across steep and rocky terrain. As time passed, the men became increasingly aware of the impending deadline: “We had realised it was going to be a close thing but the promise of ‘last in the line, first in the boats’ had satisfied us the night before.” 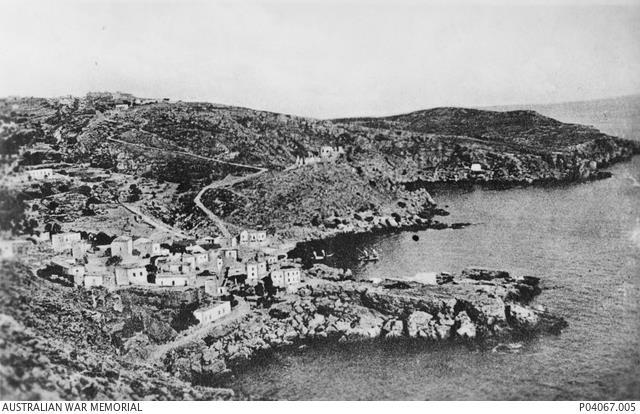 The village of Sphakia, situated on the southern coast of Crete. Sphakia Cove, visible in the midground, was the site of the Allied withdrawal from Crete, May 1941.

On reaching the beach, the Australian troops found pandemonium. Rumours had circulated that this was the last day of evacuation, and there was not enough room for everyone. Peck recalled, “Now it was every man for himself, and now there was chaos.”

As Peck lined up to board the last barge, an officer informed the waiting men that the vessel was full. “We had been left on Crete.”

Now more than ever, Peck’s daring and independence would be imperative.

This is the first article in a sequence detailing the heroism of Lieutenant John Desmond Peck. For other articles in the series, please visit this page.

The Memorial has digitised the papers of John Desmond Peck [PR03098] and made them available online as part of the Memorial’s Digitisation Project. You may view the collection here.