On patrol with Frank Norton

On patrol with Frank Norton

Frank Norton (1916-1983) was appointed as the Australian War Memorial’s official war artist to Korea in May 1952 to cover the activities of the Royal Australian Navy.

He arrived at HMAS Commonwealth naval base at Kure, Japan, on 26th June 1952 and for five months went on patrols along the West Coast of Korea with the three Australian ships on station: HMAS Warramunga, HMAS Bataan, and HMAS Condamine.

For the Veteran artist there were no naval battles as he had witnessed during the Second World War. Instead, threats were posed by mines, enemy coastal artillery, and airstrikes.  He created more than 50 works for the Memorial recording activities, related to the maintenance of the naval blockade, shore bombardments, anti-invasion, and escort duties.

These watercolours take us with Norton on his first Korean patrol with HMAS Warramunga (June – August 1952). His passion for naval life is conveyed through his choice of perspective and attention to detail presenting a unique record of the naval warfare carried out along the Korean coast. 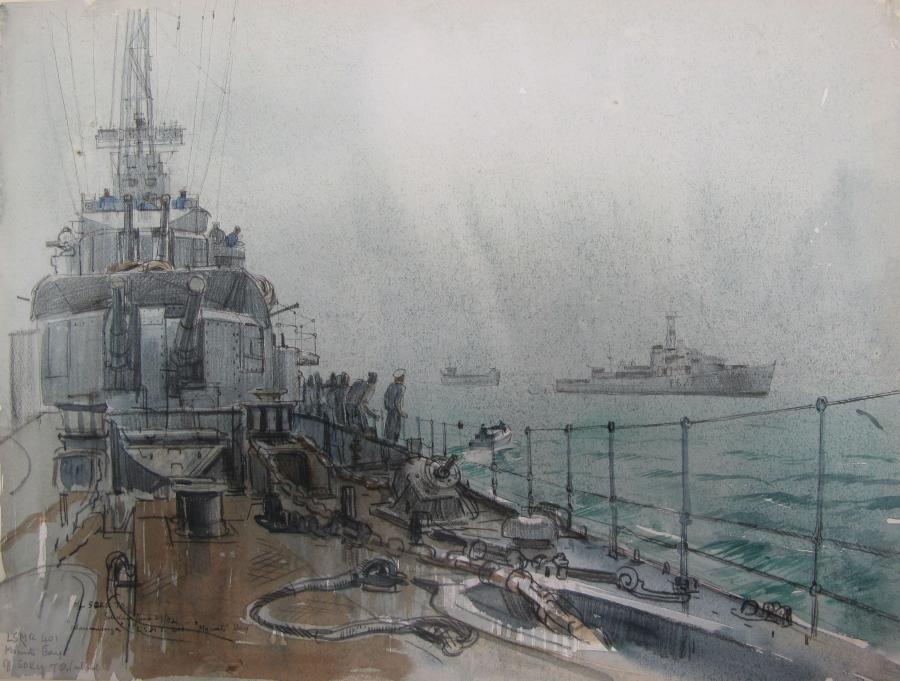 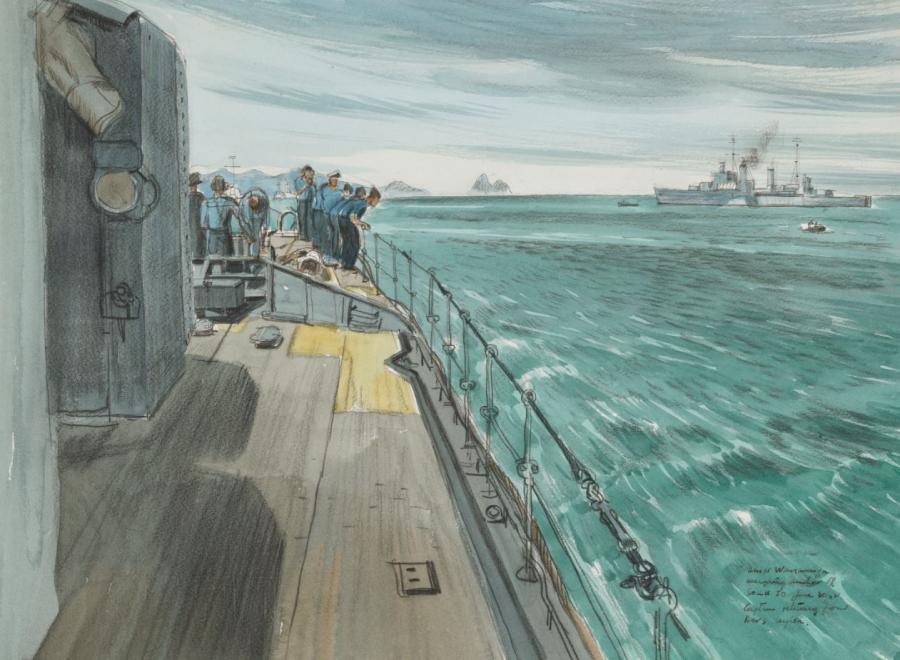 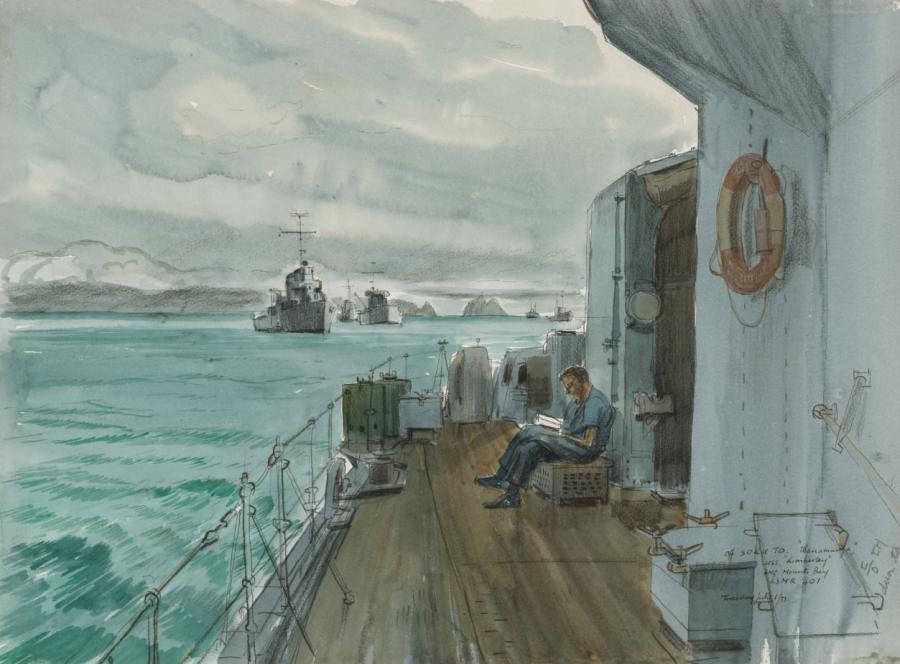 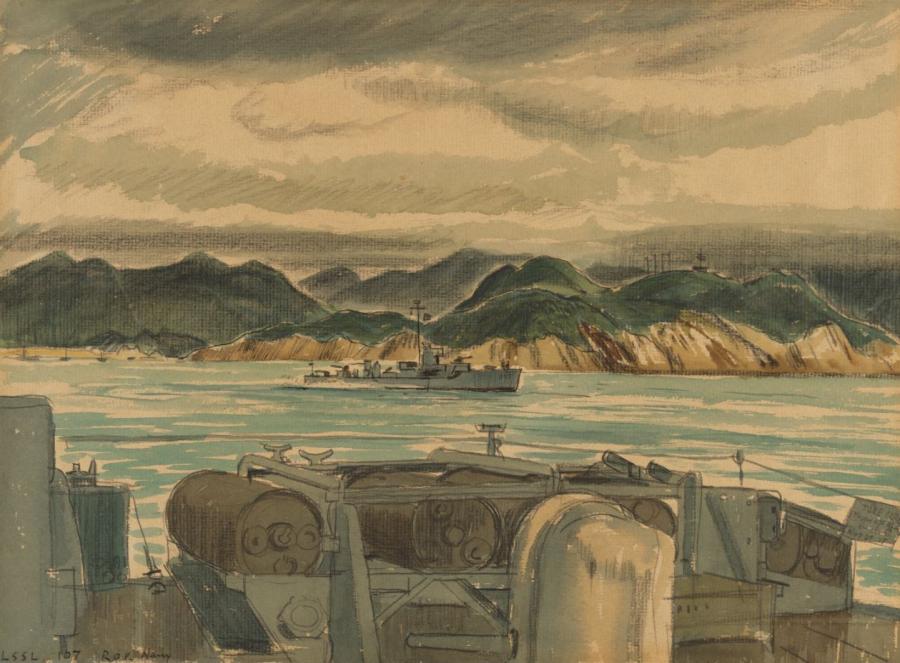 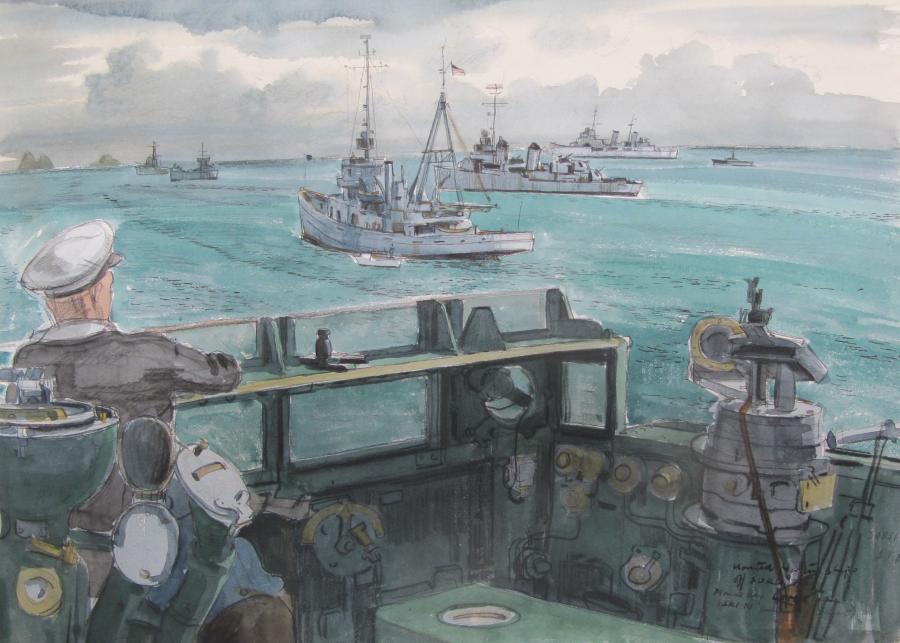 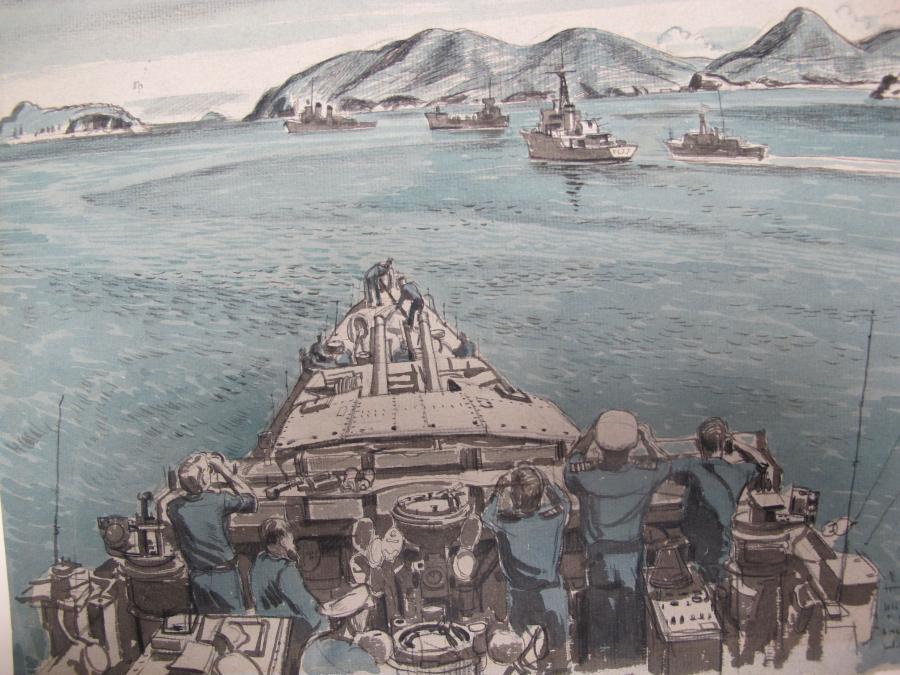 Off Sok To from HMAS Warramunga ART40022 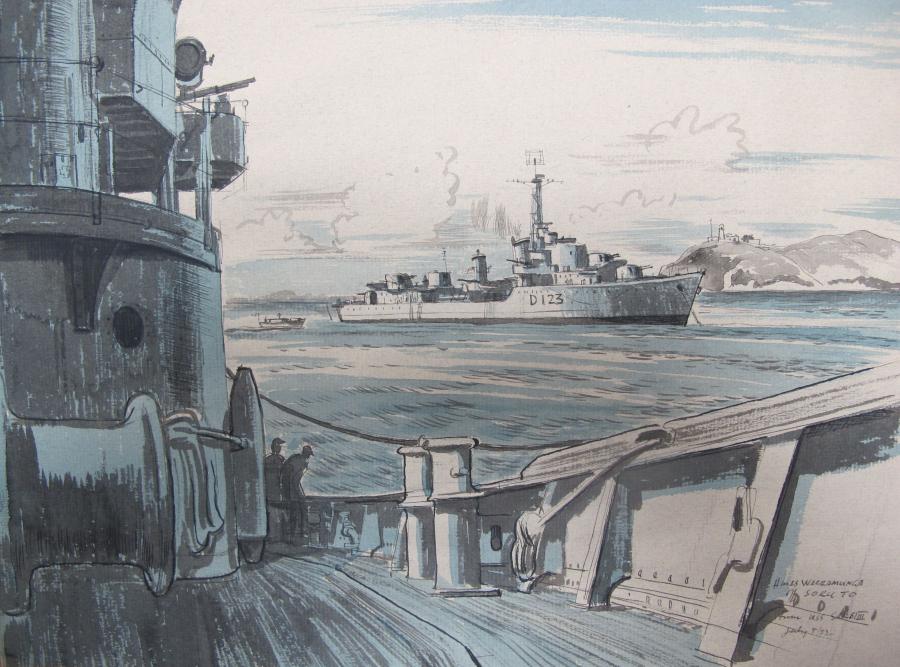 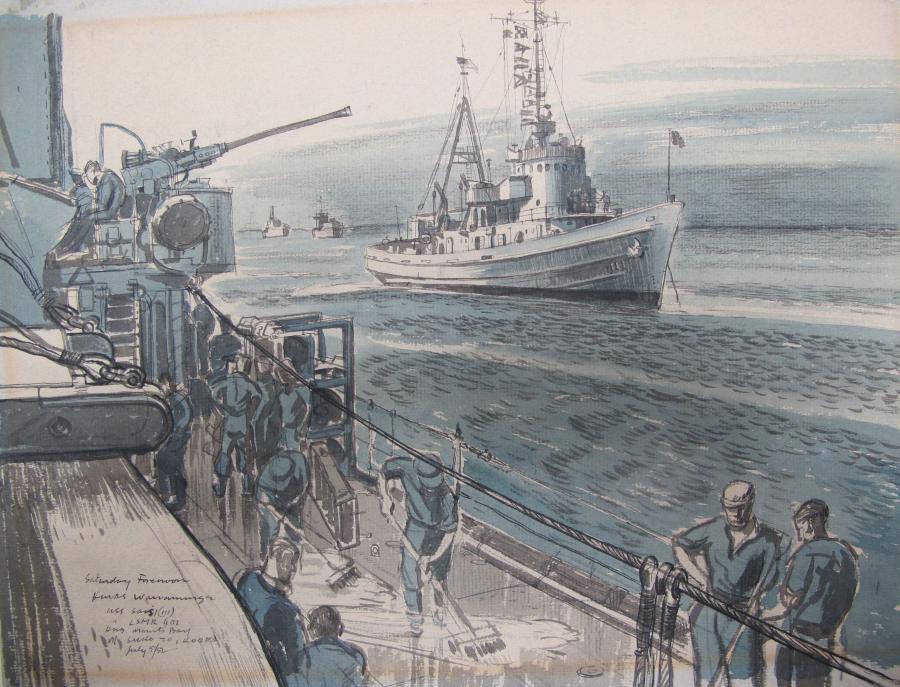 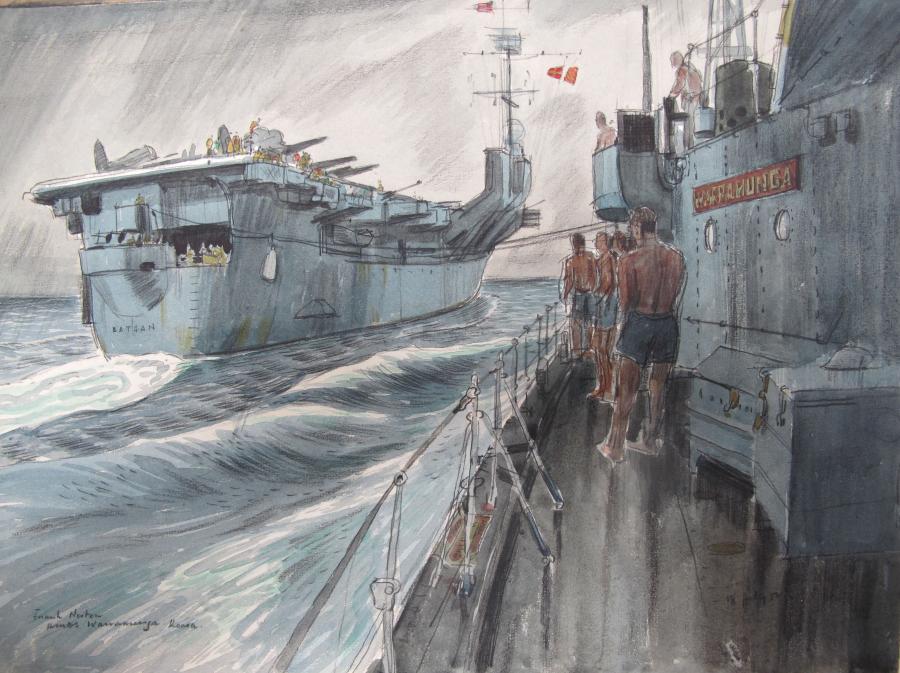