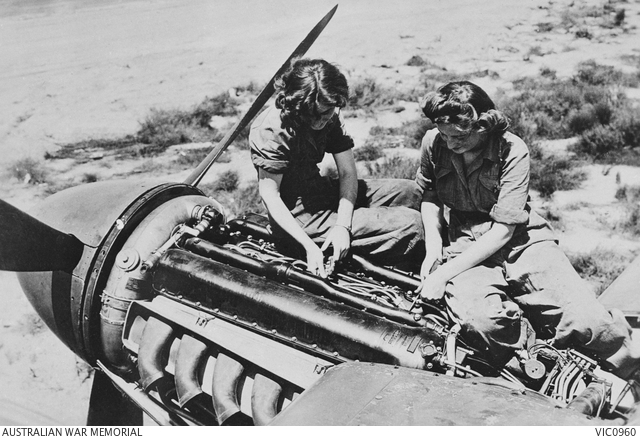 Aircraftwomen (and sisters) Paddy and Lee Whitlock of Burwood, NSW, working on a Mosquito at No. 5 Operational Training Unit, Williamtown, NSW. c. 1944.

The first women in the Air Force may not have flown, but they made a great contribution to the war at home.

After more than a year of lobbying by women keen to serve, and by the Chief of the Air Staff who wanted to release male personnel in Australia for service overseas, the Women’s Auxiliary Australian Air Force was formed in March 1941. It was the first military organisation in Australia for women to focus on skills other than tending to the sick or wounded.

Recruiting began on 15 March 1941 and on 17 March the first 19 airwomen reported at the Training Depot, ten of them wireless telegraphist trainees. Telegraphists were urgently needed to assist in meeting a temporary shortage of men to do the work. Following Japan’s entry into the war in December 1941, the three defence services recommended the greater employment of women in order to release men for operational duties. The women enlisted for various reasons – patriotism and a desire to protect their country, or to find excitement and freedom. Many had fathers who had served in the AIF, or men in their family who were serving; for some it was a way out of a difficult home life or financial hardship.

By the end of 1941 some 1,500 women were serving. This number grew to a peak strength of 18,667 officers and airwomen by October 1944. Though they served in all states of Australia, members were greatly disappointed that, other than official visits made by a few to New Guinea and the Solomon Islands, they were not permitted to serve outside Australia – or even in the Northern Territory, which was considered “too remote” for women. 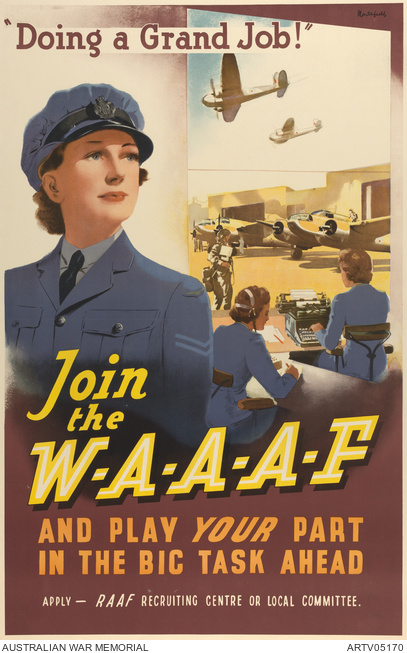 Airwomen of the WAAAF worked in 73 different musterings (trades) across the organisation, including highly skilled technical employment on aircraft. A number of the recruits were already volunteers in the Women’s Air Training Corps (WATC) and the Women’s Emergency Signalling Corps (WESC) and brought valuable skills with them. Women became truck drivers, signallers, electricians and anti-gas instructors; others were armament workers, electricians, fitters, flight mechanics, fabric workers, instrument makers and meteorological assistants; and many worked in clerical, medical, transport, catering, equipment, cypher, signals and radar roles. They worked on machine-guns, in repair shops, in mess rooms, in hospitals and in parachute sections. More than 700 women held commissioned rank and, like airwomen, worked in a variety of administrative, technical and professional roles.

Wing Officer Gwen Stark recalled: “If you spoke to the armament officer or the engineering officer or the man in charge of aircraft reconstruction, they would always say to you, ‘The girls will do me.’ I never had one complaint from a technical officer about the work of the girls. They got to know aircraft very well. They were interested in what they were doing and they were determined that they were going to do a good job. They were really an integral part of the RAAF and the RAAF could not have functioned without them.”

Every WAAAF, like the men of the RAAF, was a volunteer. Their pay and conditions were vastly different from those of the men, though. Airwomen were paid approximately two-thirds of RAAF male pay for equivalent positions, and officers were paid a good deal less than male officers of equal rank. Wing Officer Stark said this was “the only time that I really got a bit cheesed off. The girls came in, they didn’t get the same pay as the men, and they expected them to live exactly the same as the men.” 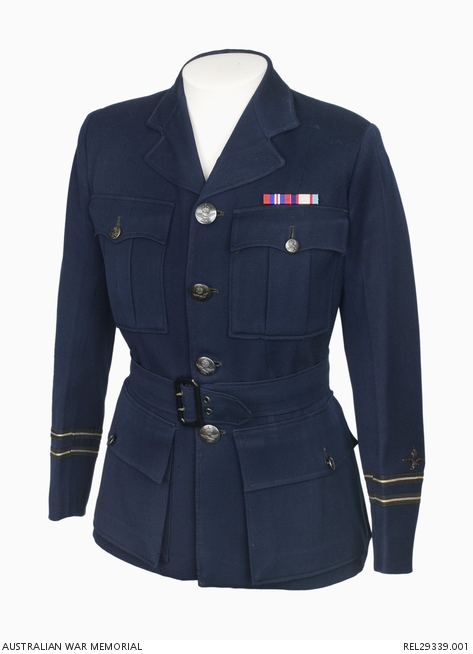 Similarly, the uniforms issued to WAAAFs highlight some gender inequity typical of the time. Wing Officer Margaret Blackwood recalled: “I didn’t have a uniform until I’d been in the air force at least six weeks. We wore these dreadful men’s boiler suits with berets; then, when we were equipped, we were equipped with men’s jackets  – skirts were made for us, but the men’s jackets were given over to us, and sometimes modified a little. And it meant that till the end of the war we wore our coats buttoning up the wrong way.”

Blackwood, though, also notes the WAAAF were good at adapting and adjusting to meet the demands of the service. “On November 15, 1942, a most significant parade was held to welcome Lady Gowrie as the new air commandant of the WAAAF. We modified the marching technique [so] that the posture of the women shouldn’t be exaggerated and wrong for their physiology, as it were. “

“So we took a twenty-six inch pace – partly to accommodate the lack of material in the skirts, but really to make it a comfortable stride for women. The swing was not right up to the shoulder, but to a halfway point which looked just as effective. We invented this order ‘sit easy’ so that they were able to sit down to wait for the official party. All the photos show their perfection in marching, and also the enjoyment on their faces.”

With the end of the Second World War, the WAAAF was progressively disbanded. Approximately 27,000 women saw service in the WAAAF between March 1941 and July 1947, when the last member was discharged from the Force. The WAAAF was the largest of the Second World War women’s services. Listed on the Roll of Honour at the Australian War Memorial are the names of 57 WAAAF who died while serving, either through illness or accident. 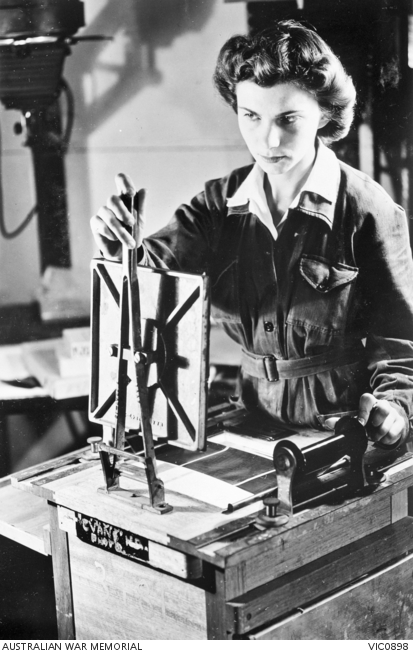 The women of the WAAAF (together with those of the Navy and Army, those in munitions factories, the aircraft manufacturing industry, on the land, and in all other areas where women had been called on during the war) had proved that women could fulfil tasks and roles previously undertaken solely by men. Reflecting on their experiences, most women spoke positively of their time in the WAAAF.

For Wing Officer Stark, “Looking back on anything I’ve done in my life, my time in the service was just one of the most rewarding things I could have ever experienced.” Most noted that it gave them a sense of independence and achievement, and opportunities they would never have otherwise had. Well-attended reunions held years, even decades, after the war, attest to the friendships and bonds they formed.

A new Australian women’s air force was formed in July 1950 and in November that year became the Women’s Royal Australian Air Force (WRAAF). It was disbanded in the early 1980s and female personnel were absorbed into the mainstream RAAF. Australia’s first female air force pilots graduated in 1988 and today, with the exception of the airfield defence units, there are few jobs within the RAAF barred to women.

Dr Kerry Neale is a curator in the Military Heraldry and Technology Section of the Memorial.

This article was originally published in Issue 93 of Wartime magazine.