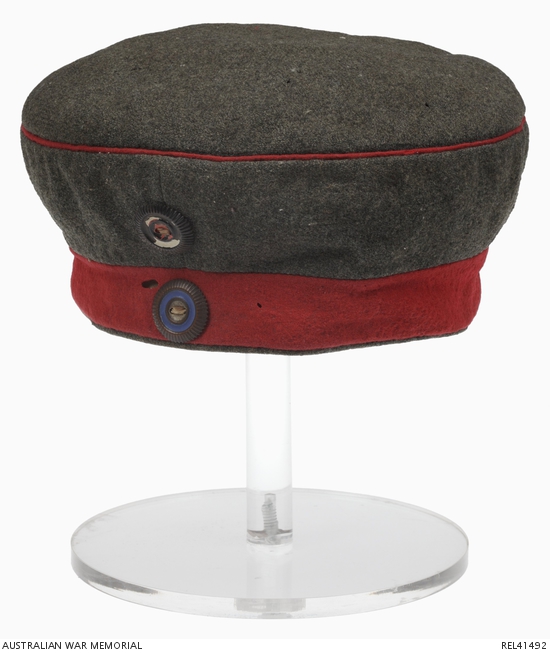 German army field grey woollen field cap (feldmutze) with integral scarlet hat band and scarlet piping around the crown. A national red, white and black painted pressed metal cockade is attached by cotton stitching to the front although most of the coloured enamel worn has worn off. A Bayern (Bavarian) state cockade is attached to the scarlet hat band. Stamped on the white cotton lining is either '11 A I K 1915' or 'II 18 1915'.

Herbert Vincent Reynolds acquired this German cap during his unit's advance along the Somme between 8 and 30 August 1918.

Reynolds was born in 1896 at Sebastopol, Victoria. He enlisted for service in the First World War on 16 September 1914, his 18th birthday. Allocated the service number 622, he was sent to Broadmeadows Training Camp and was allotted to 4 Field Ambulance as a stretcher bearer.