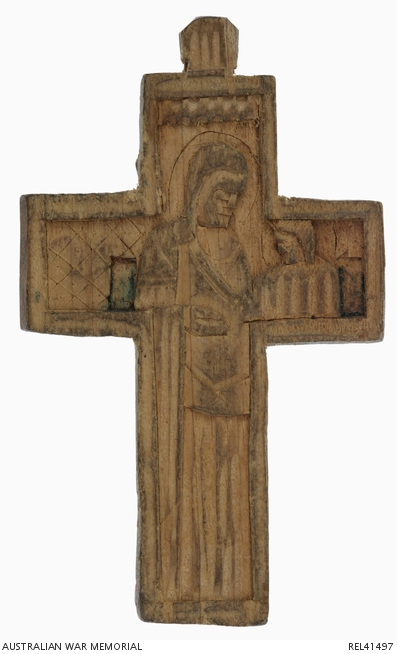 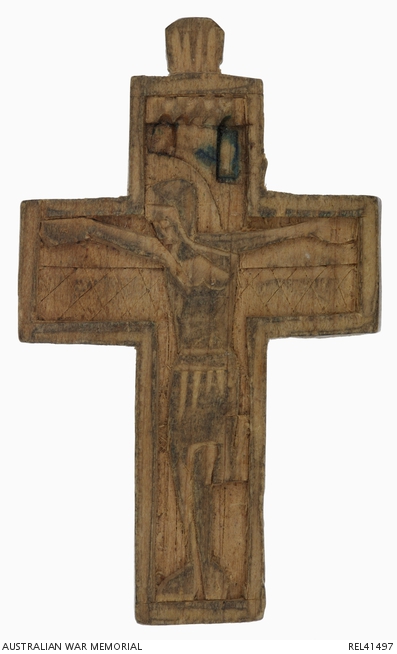 Handmade wooden crucifix. One side depicts the Virgin Mary with infant Jesus, with cross hatching and two small cut out rectangles, one of green colouring next to Mary. The other side shows Jesus on the cross with two cut out sections, one coloured green above the his head, and cross hatching below his arms. Both carvings have been highlighted with grey shading. There is a hole for the attachment of a chain on the upper arm.