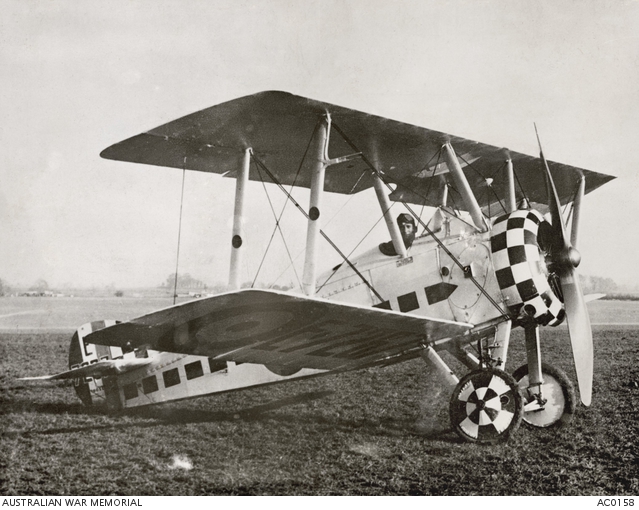 Captain A. H. Cobby , DSO, DFC and two Bars sitting in the cockpit of Sopwith Camel fighter aircraft. He was officially credited with the confirmed destruction in combat of twenty nine machines, the highest number of any Australian airman of the First World War and therefore Australia's leading "Ace". Note the chequered paint scheme on this aircraft which indicated its pilot was an instructor at the time. Cobby noted that this was "the best Camel he could find" and he flew it regularly during his posting to Number 8 Squadron (training) at Leighterton.