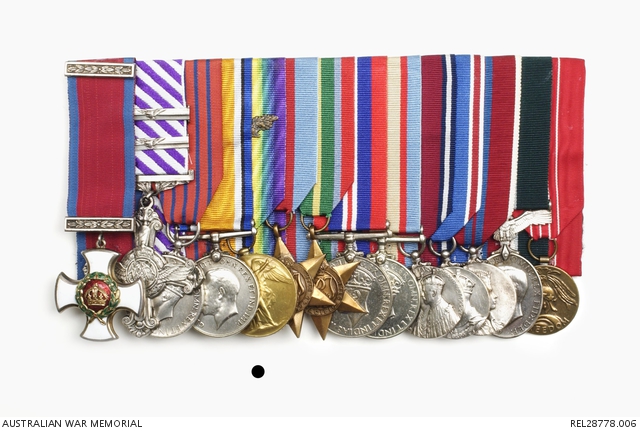 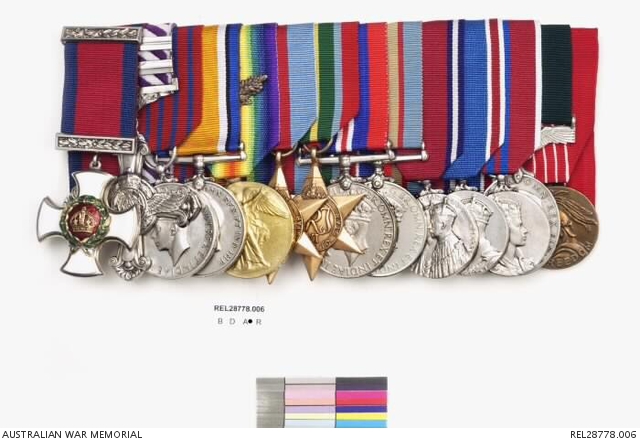 Associated with the service of Captain Arthur Henry 'Harry' Cobby. Cobby was born in Prahran, Victoria on 26 August 1894 and was a bank clerk on enlistment in the AIF on 23 December 1916. Cobby applied for, and received, a commission as a second lieutenant in the Australian Flying Corps (AFC), which was part of the AIF at the time. He had previously gained a commission as a second lieutenant in the militia, when he served with the 46th Infantry Battalion (Brighton Rifles) on 1 May 1914, before transferring to the 47th Infantry Battalion on 1 July 1915. Cobby embarked from Melbourne, Victoria, with 'A' Flight, 4 Squadron for England on 17 January 1917 aboard RMS Omrah.

Arriving at Plymouth on 27 March, Cobby was sent to Castle Bromwich for training. After learning to fly Sopwith Camels he arrived in France with 4 Squadron on 18 December. He shot down his first enemy aircraft on 3 February and by May, Cobby was an experienced combat airman, having flown against enemy aircraft and participated in low-level attacks against German troops during their March offensive. The latter, which subjected an aircraft to sustained ground fire, was a particularly dangerous undertaking. On 21 May Cobby shot down his first enemy observation balloon; like ground strafing, this brought a pilot dangerously close to ground fire. On 25 May 1918 Cobby was promoted to captain, having by now regularly led his flight on operations. By September Cobby had shot down 29 aircraft and 13 balloons, becoming the highest scoring ace in the AFC.

By the end of the war Cobby had been awarded the DSO and DFC with two bars, as well as being mentioned in despatches. Returning to England as an instructor Cobby was mentioned in Sir Douglas Haig's Despatch of 8 November for conspicuous service. He led the AFC fly-past over London on ANZAC Day 1919 before returning to Australia the following month. He was discharged from the AIF on 24 July.