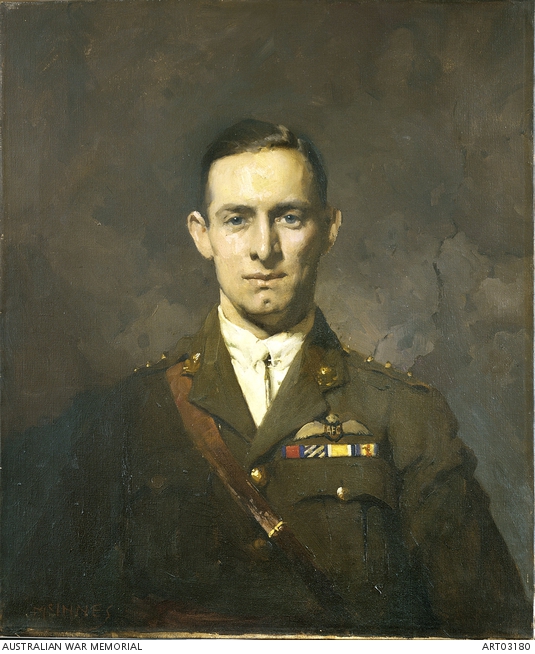 Captain (later Air Commodore) Arthur Henry Cobby, DSO, DFC and two Bars, MID (later also CBE, AFC, and GM), was one of the most daring pilots in the Australian Flying Corps during WW1, bringing down twenty-nine enemy machines. No 4 Squadron was equipped with Sopwith Camel fighters, which flew over France in 1917. He joined the RAAF on its formation in 1921 and retired in 1936 with the rank of Wing Commander. On the outbreak of the war in 1939 he was recalled to the Air Force and in 1944 with the rank of Air Commodore he was appointed Air Officer Commanding the first Tactical Air Force.