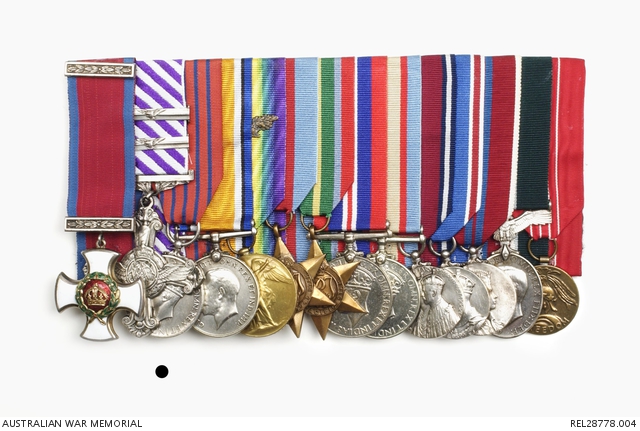 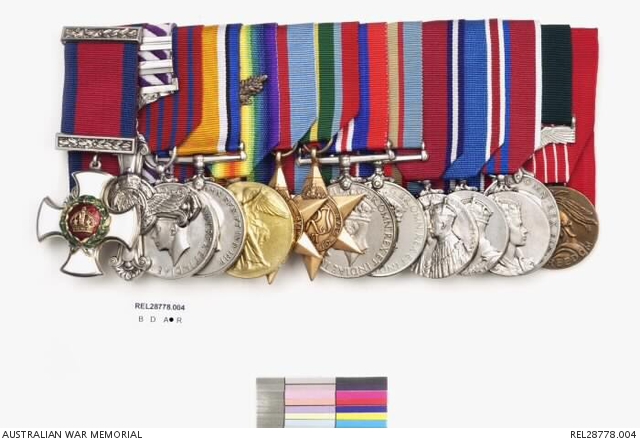 Associated with the service of Captain Arthur Henry 'Harry' Cobby. Cobby was born in Prahran, Vic on 26 August 1894 and was a bank clerk on enlistment in the AIF on 23 December 1916. Cobby applied for, and received, a commission as a second lieutenant in the Australian Flying Corps (AFC). He had previously gained a commission in the militia. Cobby embarked from Melbourne, Victoria, with 'A' Flight, 4 Squadron (4 Sqn) on 17 January 1917 aboard RMS Omrah.

Arriving at Plymouth on 27 March, Cobby was sent to Castle Bromwich for training. After learning to fly Sopwith Camels he arrived in France with 4 Sqn on 18 December. He shot down his first enemy aircraft on 3 February and by September had shot down 29 aircraft and 13 balloons, becoming the highest scoring ace in the Australian Flying Corps. By the end of the war Cobby had been awarded the Distinguished Service Order and DFC with two bars, and was mentioned in despatches. He was posted to England as an instructor before returning to Australia in 1919. He was discharged from the AIF on 24 July.

On 31 March 1921, Cobby became a foundation member of the newly formed Royal Australian Air Force. He was promoted wing commander on 1 May 1933 but left the RAAF on 6 May 1935 and became a member of the Civil Aviation Board and its controller of operations in March 1936. On the outbreak of the Second World War Cobby rejoined the RAAF and was promoted to group captain then to air commodore. He served in a number of capacities including Air Officer Commanding Headquarters North-Eastern Area.

On 7 September 1943 Cobby distinguished himself by rescuing survivors of a crashed Catalina flying boat, and was awarded the George Medal for his actions. The citation for his George Medal reads: 'On the 7th September, 1943, Air Commodore COBBY was returning from Dutch New Guinea and upon arrival at Townsville the Catalina aircraft in which he was travelling crashed on alighting, exploding one of the two depth charges with which the aircraft was armed. The aircraft was badly shattered and 13 of the 19 occupants were either killed or drowned. Air Commodore COBBY managed to extricate himself from the wreck and although injured, he re-entered the submerged hull on three occasions in order to rescue members of his staff. As a result of his strenuous efforts against the great pressure in the cabin he was able to assist Wing Commander W.L.B.Stephens, who had a badly broken arm, and brought him to the surface. The second time he extricated Wing Commander B.P.Macfarlan and brought him to a position on top of the blister. He re-entered the cabin a third time, but was unable to effect any further rescues. Owing to the fact that at least one other depth charge was unexploded, and that at any moment the wrecked aircraft might slip under the water, Air Commodore COBBY displayed outstanding courage in risking his life while effecting the rescues of these members of his staff. His devotion to duty on this occasion is worthy of the highest praise.'

On 30 November he was awarded the Commander of the Order of the British Empire for 'Most distinguished service and devotion N. EASTERN area.' On 28 May 1948 Cobby was presented with the United States of America Medal of Freedom with bronze palm, for meritorious wartime service.