Group portrait of a group of officers of A Flight, No. 4 Squadron of the Australian Flying Corps ... 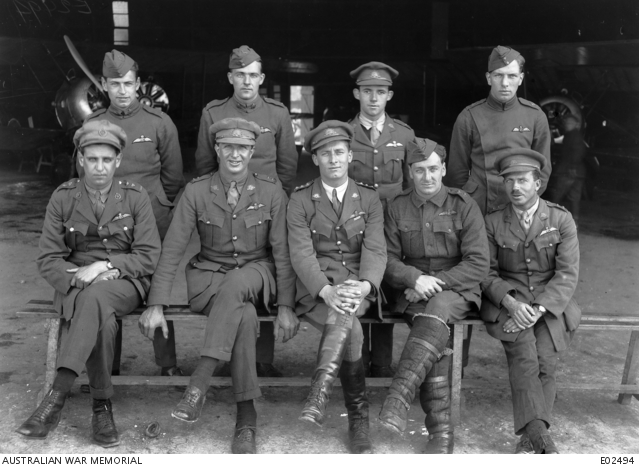