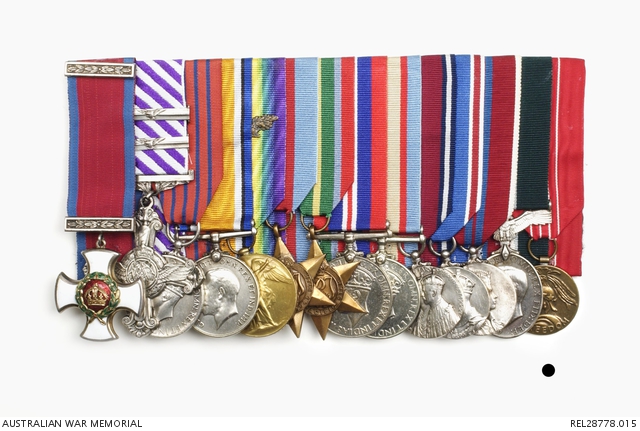 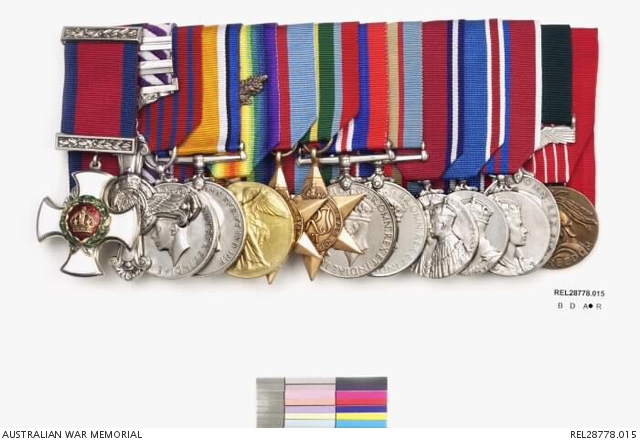 The medal is a bronze disc with the obverse featuring the head and headdress of Freedom, (from the statue above the dome of the Capitol in Washington) with the word 'FREEDOM' below. On the reverse is the Liberty Bell, encircled by the words 'UNITED STATES OF AMERICA'. The ribbon is red with four narrow white stripes in the centre. The Bronze Palm originally issued with the medal is no longer present.

Air Commodore Arthur Henry 'Harry' Cobby was born in Prahran, Victoria on 26 August 1894 and was a bank clerk on enlistment in the AIF on 23 December 1916. Cobby applied for, and received, a commission as a second lieutenant in the Australian Flying Corps (AFC), which was part of the AIF at the time. He had previously gained a commission as a second lieutenant in the militia, when he served with the 46th Infantry Battalion (Brighton Rifles) on 1 May 1914, before transferring to the 47th Infantry Battalion on 1 July 1915. Cobby embarked from Melbourne, Victoria, with 'A' Flight, 4 Squadron for England on 17 January 1917 aboard RMS Omrah.