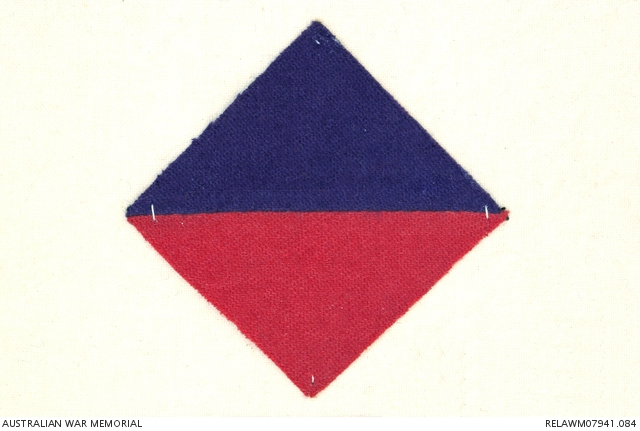 The 22nd Battalion AIF was formed on 26 March 1915 at Broadmeadows Camp in Victoria. The battalion became part of the 6th Brigade of the 2nd Division.

Most of the battalion embarked for Egypt on 8 May 1915. The battalion deployed to Gallipoli in the first week of September 1915 allowing elements of the 2nd Brigade to be rested from their positions in the front line at ANZAC. The battalion served on the peninsula until the final evacuation in December 1915, and were then withdrawn to Egypt and brought back to strength with reinforcements.

While most of the battalion was serving on Gallipoli the transport drivers, along with the other drivers from the 6th Brigade, were sent to the Salonika front to support the Serbs. They did not rejoin the battalion until after the evacuation of ANZAC.

In March 1916, the battalion embarked for France and experienced their first service on the Western Front in reserve breastwork trenches near Fleurbaix at the end of the first week of April 1916. The battalion's first major action was at Pozieres, part of the massive British offensive on the Somme. In September/October they were moved to the Ypres sector then back to the Somme for the winter. The battalion spent most of 1917 bogged in bloody trench warfare from Bullecourt to Broodseinde in Flanders. In 1918 the battalion returned to the Somme valley. After helping to stop the German spring offensive in March and April, the 6th Brigade participated in the period of peaceful penetration of the enemy lines. It was in mid-May that Sergeant William 'Rusty' Ruthven earned the 22nd Battalion's only Victoria Cross. In the last days of August and September the battalion helped capture Mont St Quentin. The 22nd Battalion took part in the last action fought by the AIF on the Western Front, the battle of Montbrehain, in October 1918.

At 11 am on 11 November 1918 the guns on the Western Front fell silent. The November Armistice was followed by the Peace Treaty of Versailles signed on 28 June 1919. The last elements of the battalion began their journey home from the Western Front in May 1919 to return to Australia for demobilisation and discharge.