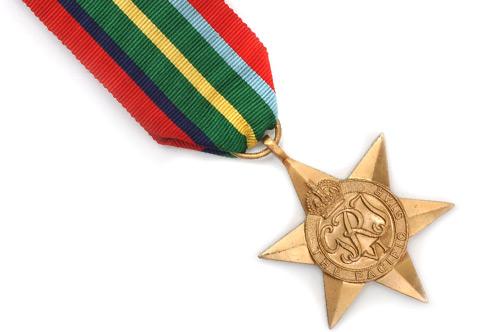 The Pacific Star was a service medal awarded to British and Commonwealth personnel who served in the Pacific between 8 December 1941 and 2 September 1945. The green and yellow lines of the ribbon represent the jungles and beaches of the Pacific islands, while the other colours symbolise the three fighting services: dark blue for the navy, red for the army, and light blue for the air force.