James and Harry Dickerson were brothers from Western Australia. Their mother, Mary Elizabeth Benyup [Banyap], was listed as next of kin on their enlistment forms under the name Mary Stephens.

James – the older of the brothers – was born at Gin Gin in 1883. He was a labourer before joining the Australian Imperial Force (AIF) in October 1914. With his complexion noted as "dark" on his enlistment papers, James joined the 10th Light Horse Regiment. 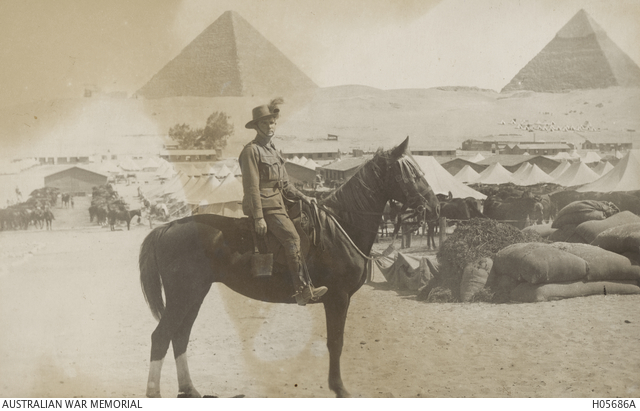 A member of the 10th Light Horse at the Regiment's camp, Egypt.

After training in Egypt, James and his unit embarked for Gallipoli, arriving in early May. There, the 10th Light Horse suffered terrible casualties in the disastrous charge against Turkish defences at the Nek. Trooper Dickerson survived, but a few weeks later his unit was involved in the assault on Hill 60 where he received serious gunshot wounds and a broken leg. He was evacuated to the hospital ship Devanha, on 29 August 1915, and died the following day. James Dickerson was buried at sea. After his death, his mother received a pension of £10 per year.

James is commemorated on the Lone Pine Memorial on the Gallipoli peninsula and on the Roll of Honour at the Australian War Memorial.

Born in 1894 in York, Western Australia, Harry Dickerson — who was 11 years younger than his brother — listed his occupation as a woodcutter when he joined the AIF on 7 September 1915. Harry joined the 12th reinforcements to the 10th Light Horse, and arrived in Egypt in February 1916, a couple of months after Australian forces had been evacuated from Gallipoli. Serving with a depot squadron throughout most of 1916, Harry became ill in November and was hospitalised, then placed in an isolation camp at Moascar until early 1917. Soon afterwards he was sent on the Hotchkiss machine-gun course, passed as a first class machine-gunner, and was assigned to the 3rd Light Horse Machine Gun Squadron. He served with his unit throughout the Palestine campaign. 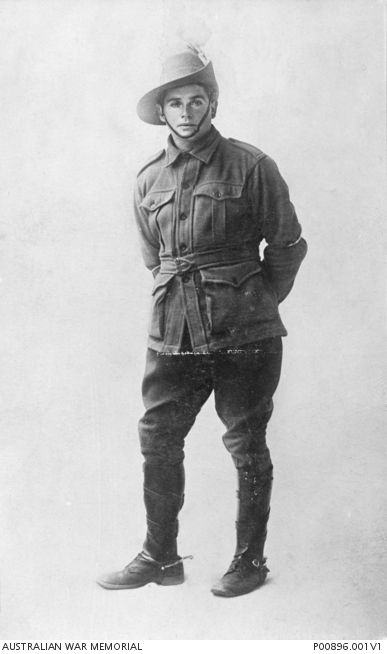 As the war drew towards its end in late 1918 Harry was detached from his unit to work in the provision of supplies at Damascus. He returned to Australia, and was discharged from the AIF in September 1919.