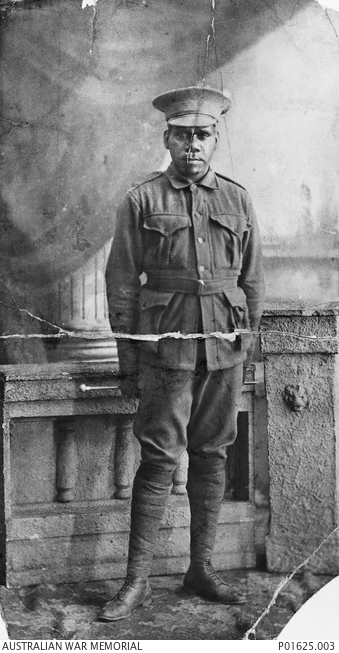 William Joseph Punch was believed to have been born in the Bland River region of New South Wales around 1880. Presumed to be a Wiradjuri man, William was taken in by the Siggs family of Goulburn after frontier violence resulted in the murder of his family soon after his birth.

He attended the local school where he was a good student, a keen sportsman, and an accomplished musician. William was working as a station hand when the First World War broke out. He enlisted in the Australian Imperial Force at Goulburn on 31 December 1915. 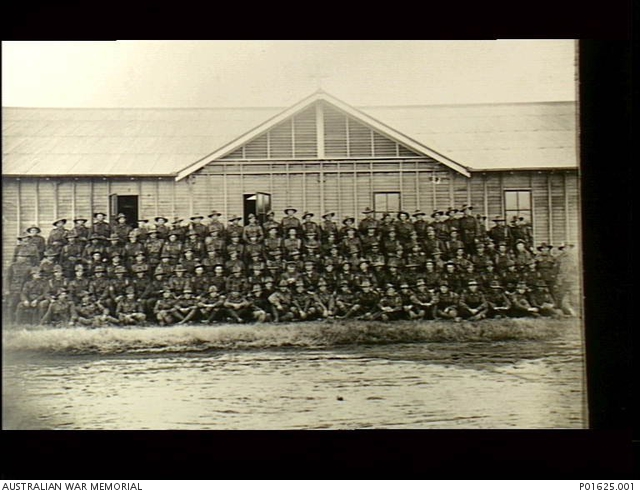 Troops at Goulburn training camp, 1916. William Punch is in the third row, 11th from the right.

Unlike other volunteers, William was not subjected to the resistance against non-white Australians enlisting in the Australian Imperial Force. His enlistment application listed “labourer” as his occupation and his skin colour was identified as “black”.

He embarked for the training camps in England in April 1916 aboard the troopship Ceramic with the 17th reinforcements for the 1st Battalion. 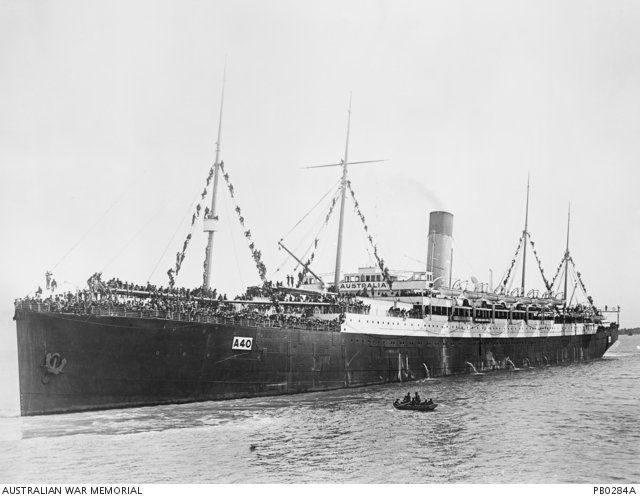 On 9 September 1916, William’s battalion was carrying out local maintenance and repair duties in Belgium under some German artillery fire. He sustained a shrapnel wound to his scalp and was evacuated to recover. He re-joined his battalion at the end of the month.

By November the 1st Battalion had moved back to France where they spent a bitterly cold winter in the trenches near Flers. At one point, William lost his main defence against the cold – his greatcoat. He was issued with a new coat, but was fined the cost of the garment.  A few weeks later, Punch had to be evacuated to hospital suffering from trench foot, a painfully debilitating condition caused by immersion in freezing mud and water for extended periods.

Having recovered, Punch returned to the front where, in April 1917, he was again wounded, this time suffering a serious gunshot wound to the buttock. He was evacuated to England and admitted to a military hospital in Bournemouth, where his condition deteriorated. Within days he was being treated for pleurisy, which soon developed into pneumonia and endocarditis.

His condition deteriorated, and on 29 August, too weak to write, William dictated his will to the medical staff. He barely had the strength to sign an “X” at the bottom of the page, and he died later that day. He was believed to be 37 years old.

Private William Punch was buried with full military honours in Bournemouth East Cemetery, England. Wreaths were sent from his Australian friends and fellow patients and hospital staff.  A firing party was supplied by the New Zealand Engineers.

When senior artists of the Anangu Pitjantjatjara Yankunytjatjara Lands in South Australia visited the Australian War Memorial in 2017, hearing the story of William Punch made “the old men cry”. Artist Witjiti George said that “if he was the last one from his mob that survived, that’s special. It means he’s a Ngangkari [powerful spirit]”.