William Loo Long was born in Marsden, New South Wales, to Samuel Loo Long and his wife Elizabeth Ann Sam. Elizabeth was one of sixteen children born to Jane May White and her husband William Sam, who had immigrated to Australia from China. Five of her brothers served in the First World War.

As a young man William Loo Long worked as a bushman before joining the Australian Imperial Force in late July 1915, one month after turning 21. Assigned to the 11th Reinforcements for the 4th Battalion, he left for Egypt on board the troopship Port Lincoln on 13 October. In early 1916, he spent over a month being treated for illness in hospital, before being transferred to the 45th Battalion. This battalion was raised in March 1916, as part of the doubling of the AIF that occurred after the failed Gallipoli campaign. Half of the recruits for this new battalion were Gallipoli veterans. The other half were, like William, fresh reinforcements yet to face their first battle. 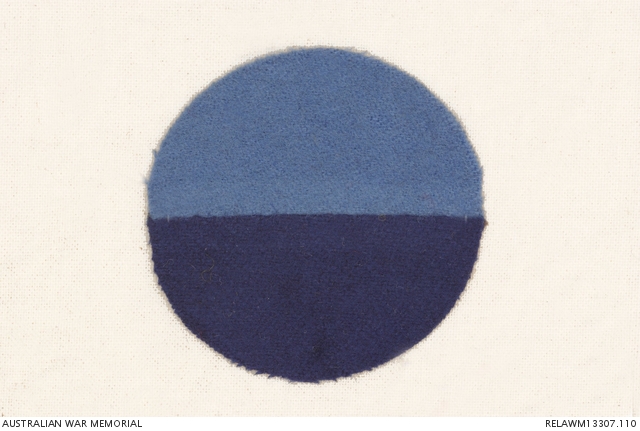 Colour patch of the 45th Battalion.

The 45th Battalion arrived in France on 8 June 1916 and fought its first major battle two months later at Pozières, defending ground previously captured by the 2nd Division. Official War Correspondent Charles Bean later described Pozières as a place "more densely sown with Australian sacrifice than any other place on earth". More than 24,000 Australians became casualties – dead, wounded or missing – at Pozières in fewer in than six weeks, including 6,741 dead.

On 8 August, the 45th Battalion relocated to support trenches. William was one of 84 casualties from his battalion that day, suffering a gunshot wound to the foot. He was evacuated to England for treatment. After recovering, he was posted to the Australian Divisional Base Depot, which was common for men returning from hospital prior to rejoining their units.

William returned to the 45th Battalion in October 1916 and remained with them in 1917 as they fought, trained, and rested at Ypres in Belgium and the Somme Valley in France. He had another stint in hospital due to illness in September of that year.

On 5 April 1918 William was involved in the fighting near Dernancourt, France. He caused a number of enemy casualties, and then located a German-held British Lewis gun which was being used to fire at the advancing Australians. Putting themselves in danger, he and another man moved forward, attacking and killing two Germans and capturing the Lewis gun. William was awarded the Military Medal for his actions, with the recommendation for the award stating that he “has always shown considerable dash and courage”. This was not his only courageous act of the war.

Four months later, on 8 August 1918, William was operating east of Hamel, when he outflanked an active enemy machine-gun, capturing it and its German crew. After this, he once again put himself in considerable danger to protect his battalion, doing valuable reconnaissance in no man's land. As a result of these actions, William was awarded a Bar to his Military Medal. Almost one week after the action near Hamel, William received a gunshot wound to the head, and was sent to hospital once again. While recovering, he was promoted to corporal, before returning to Australia in January 1919. He was deemed medically unfit, and discharged from the AIF a few months later.

William’s younger brother George also served in the First World War. George attempted to enlist in October 1915, but was rejected based on “deficient chest measurements”. He successfully enlisted four months later, and was posted to the 56th Battalion. Like his brother, George had numerous trips to hospital due to illness and wounds. A gunshot wound to his hand resulted in his left thumb being amputated, and he was discharged on medical grounds shortly after.

The Sam and Loo Long families sent seven family members to the First World War, demonstrating their commitment to serving for Australia.