The formation of the Australian Women's Army Service (AWAS) was authorised by the government on 13 August 1941 to "release men from certain military duties for employment in fighting units." The AWAS was the only non-medical women's service to send personnel overseas during the war; in 1944 and 1945 AWAS served in both Dutch and Australian New Guinea. By 30 June 1947 all members of the AWAS had been demobilised.

Facing a severe manpower shortage due to the demands of the Korean War and national service in a time of full employment, enlistment for the Women's Royal Australian Army Corps (WRAAC) began in April 1951. In the late 1970s female soldiers began to be integrated into the Army at large and in early 1984, the WRAAC was disbanded. 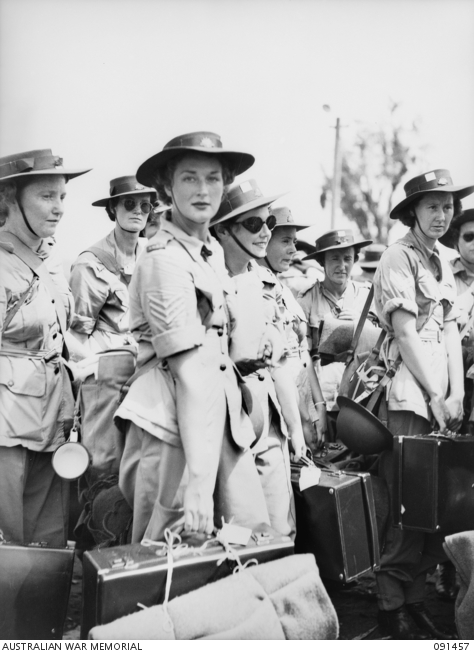 AWAS who arrived in Lae from Australia wait for the trucks to transport them to the AWAS barracks at Butibum Road, New Guinea, 1945 091457 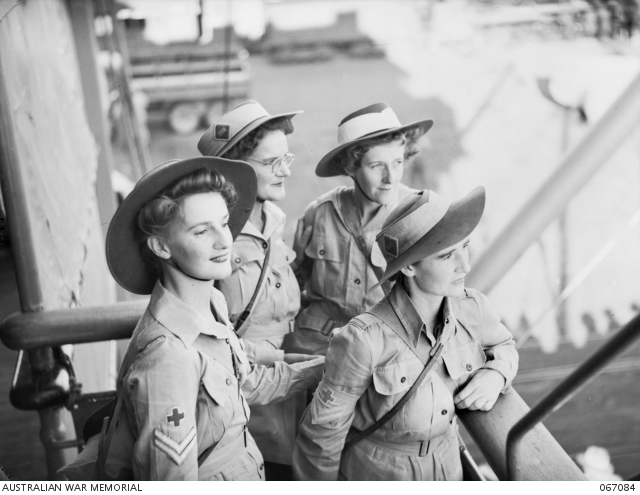 Australian Army Medical Women's Service (AAMWS) members of the 2/1st General Hospital waiting to disembark from the HMT Ormiston at Townsville in June 1944 on their arrival from New Guinea. 067084