Before Federation each of the Australian colonies had their own armies composed of a mixture of regular (paid full-time soldiers), militia (paid part-time soldiers), and volunteer (unpaid part-time soldiers) units. In March 1901 the Commonwealth Government assumed responsibility for defence matters and the colonial armies were merged to form the Commonwealth Military Forces (CMF). Throughout the next 47 years the Australian Military Forces, as they soon became known, remained a part-time force of citizen soldiers with only a small regular component. These forces were restricted to service on Australian territory, and two special volunteer forces, both known as the Australian Imperial Force, were formed for service overseas during the two world wars. Citizens' force units did, however, serve in Australian and Australian-mandated territory in the Pacific during the Second World War. 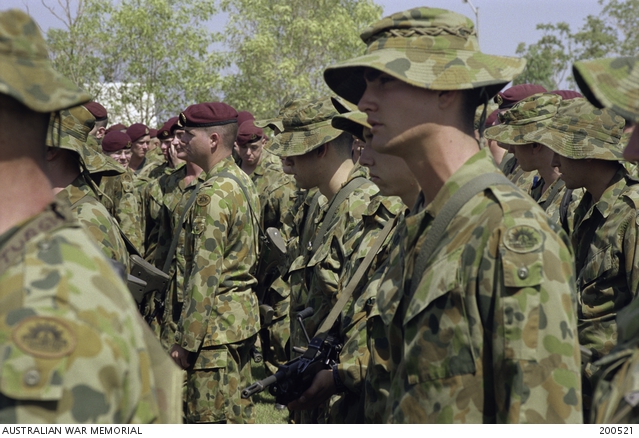 Members of 3rd Battalion (Parachute) and 5th/7th Battalion (Mechanised), Royal Australian Regiment (3RAR and 5/7RAR), formed up in the Robertson Barracks compound prior to their departure to join the International Force for East Timor (Interfet), Palmerston, NT, 1999.

After the Second World War the Australian Military Forces were reorganised. The Australian Regular Army was formed in September 1947; this was to be supported by the reorganised Citizen Military Forces. This is the structure that remains in place today, although the full-time component of the army is much larger than it was in 1947 and the part-time component has shrunk considerably. It is only since 1980 that the "Australian Army" has been officially given this name.

Australian men and boys have been conscripted into the army under four different schemes during its history. The Universal Service Scheme of 1911 to 1929 compelled all young men aged between 12 and 26 to undertake various periods of military training in a cadet or CMF unit. This scheme was abolished by the Labor government immediately following its election in October 1929.

Compulsory military service was introduced with the coming of war in 1939. Initially it required only men of 21 years of age to complete three months of military training but by mid-1942 all men between 18 and 35, and all single men between 35 and 45, were required to render military service. The scheme was suspended in 1945.

A third compulsory military service scheme was implemented in 1951 and continued until 1957, with 18-year-old men being required to train initially with the Regular Army and then transfer to a CMF unit. The most recent and most controversial compulsory service scheme was introduced in 1965. A lottery was used to select 19-year-old according to their birth date and, unless they had previously joined the CMF, were required to serve in the army for two years, which generally entailed a tour of duty in Vietnam. This system was abolished by the newly elected Labor government in December 1972. The right of the government to conscript men into the armed forces remains in law and is merely suspended. 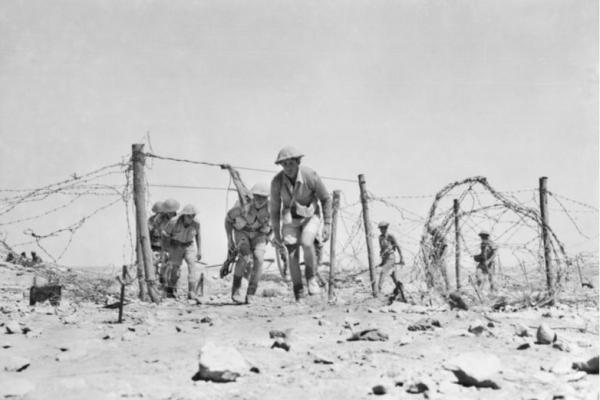 The Arms or combat corps, are those which are directly involved in the fighting. 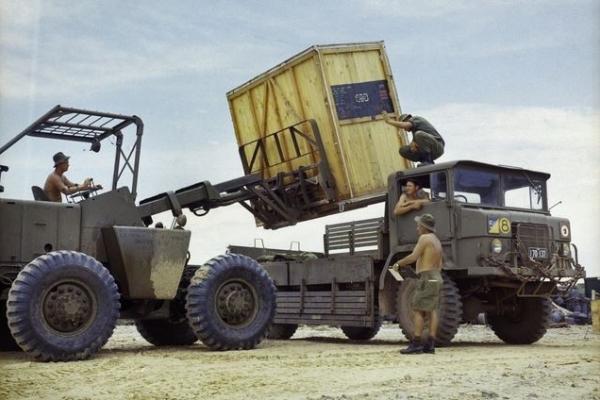 The service, or combat support, corps enable the arms corps to operate effectively in the field. 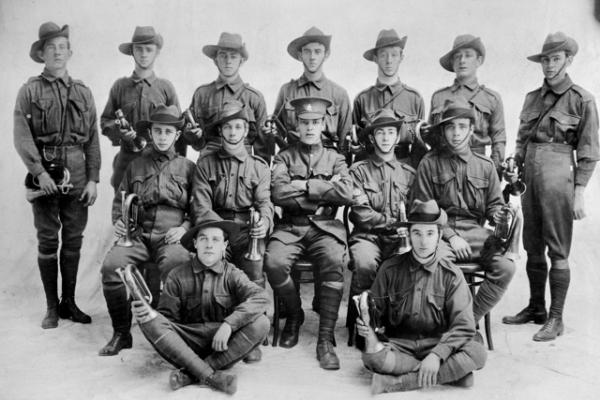 The structure of the Army is a collection of sub-units that are combined in different ways to form larger groups that are known as units. 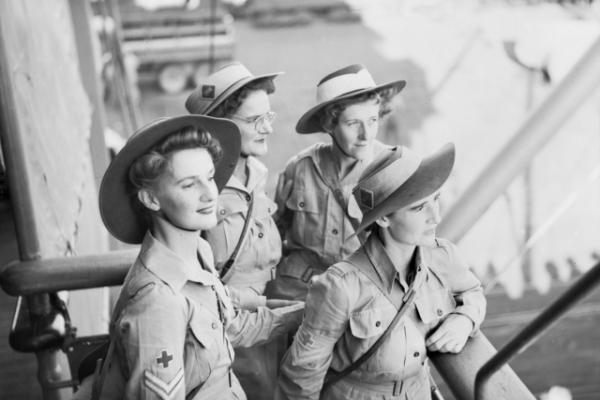 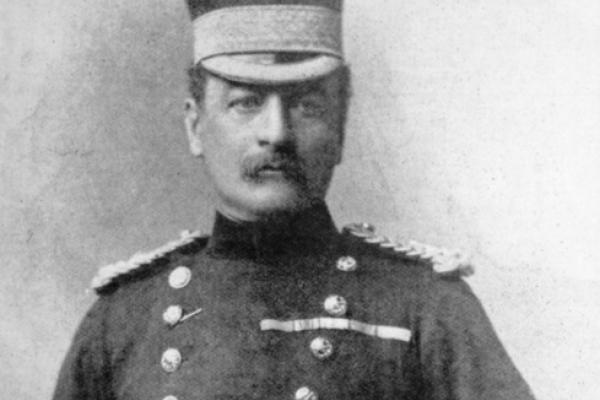 In the course of its history, the Australian Army, both its full-time and part-time components, have been known by several titles that have changed over time.