Squadron Codes of the RAAF 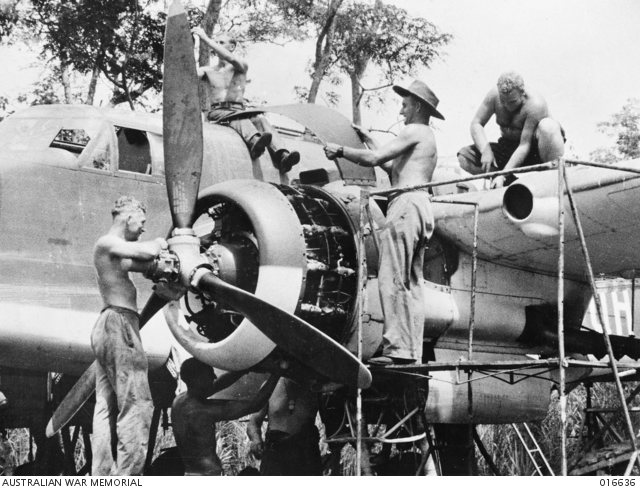 An aircraft of No. 100 (Beaufort) Squadron RAAF is jacked up into a flying position to harmonize the guns and enable the under-carriage inspection to be made. C350012

During the Second World War RAAF flying squadrons were identified by an alphabetic code. Between 1939 and early 1943, aircraft flown in Australia or the South West Pacific were marked with a single letter. RAAF aircraft flying in Malaya, Europe and the Middle East were marked with RAF codes that consisted of a group of three letters, two to identify the squadron and one to identify an individual aircraft. Thus, within an individual squadron an aircraft was referred to by the phonetic equivalent of its code letter. For example, the Memorial's Lancaster bomber is marked with AR-G. AR was the two letter code for 460 Squadron RAAF and G signified the sixth aircraft in that squadron. Following the phonetic alphabet of the time, the aircraft was known to the squadron as 'G for George'. In early 1943, the RAP coding system was adopted for use on RAAF aircraft in Australia and the South West Pacific. Squadron codes were abandoned after the Second World War.