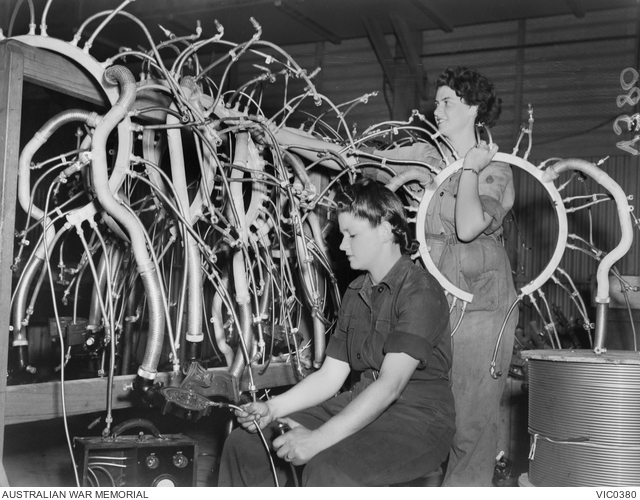 The Women's Auxiliary Australian Air Force (WAAAF) was formed in March 1941 after considerable lobbying by women keen to serve and by the Chief of the Air Staff who wanted to release male personnel serving in Australia for service overseas. The WAAAF was the largest of the Second World War women's services. It was disbanded in December 1947. A new Australian women's air force was formed in July 1950 and in November became the Women's Royal Australian Air Force (WRAAF). The WRAAF was disbanded in the early 1980s and female personnel were absorbed into the mainstream RAAF. Australia's first female air force pilots graduated in 1988 and today, every role in the Air Force is open to women.