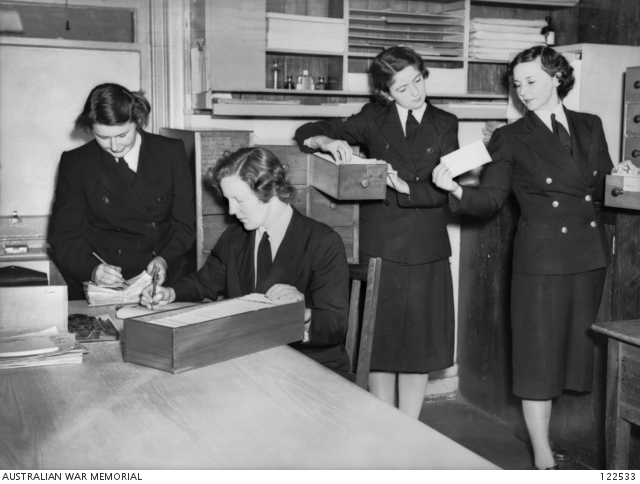 Four WRANS in the medical records section of the depot hospital. C199756

The Women's Royal Australian Naval Service was formed in April 1941 as a result of a shortage of telegraphists in the RAN. At the end of the Second World War it was disbanded, but manpower shortages in the RAN led to the service being re-constituted in 1951; it was made a permanent part of the RAN in December 1959. WRANS personnel were gradually absorbed into the RAN during the early 1980s and in due course the service was disbanded. Women were not permitted to serve aboard ships until 1983.