A noted commercial aviation pioneer. Fysh was a light horseman who transferred to the flying corps, qualifying as an observer and then a pilot.

Sir Hudson Fysh was for so long associated with the founding and management of Qantas Airways that it is almost forgotten that he gained his early flying experience in the Australian Flying Corps and was a distinguished First World War airman. He was also an ANZAC veteran, having earlier served on Gallipoli with the 3rd Light Horse Regiment.

Flying as an observer with No. 1 Squadron AFC in the Palestine campaign, Fysh proved an accurate and cool gunner. In 1918 he was heavily involved in actions against German and Turkish aircraft, airfields and ground troops. He shot or forced down a number of enemy aircraft, including two destroyed on one day. He was awarded the Distinguished Flying Cross.

Before returning to Australia Fysh qualified as a pilot. Seeing the potential in aviation, with his partners, and using mainly war disposals aircraft, he formed the Queensland and Northern Territory Aerial Services Ltd in 1920. He remained a regular company pilot for a decade. The company expanded and, in 1930, moved its headquarters to Brisbane. It soon gained valuable mail contracts and extended its service overseas.

During the Second World War, Qantas, under Fysh’s guidance, assisted the war effort. This included flying long routes and taking troops and equipment to New Guinea and bringing home casualties. In 1947 the Commonwealth acquired the company but Fysh remained managing director; he was chairman until 1966, by which time the company had become established as one of the world’s leading airlines. 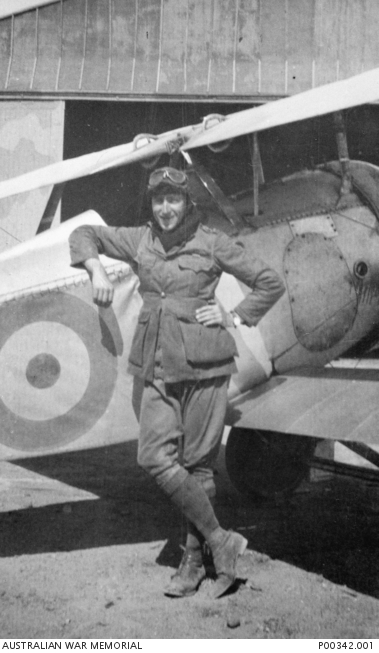 Lieutenant Hudson Fysh of No. 1 Squadron AFC, standing with his Nieuport Scout aircraft 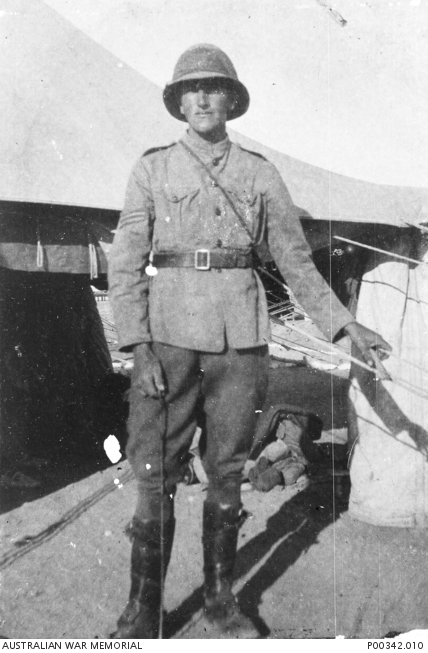 Corporal Fysh of the Australian Light Horse before he transferred to the AFC. 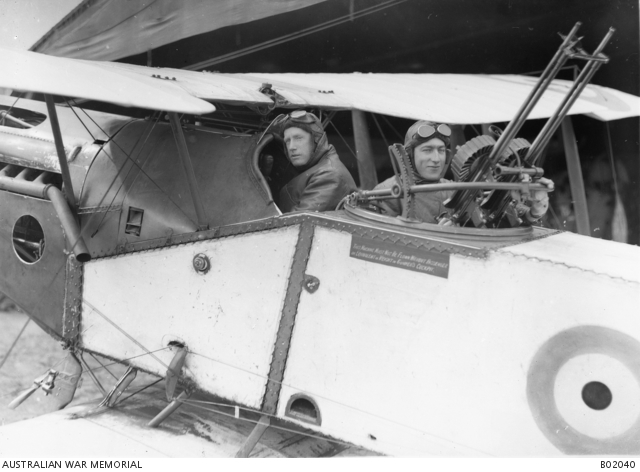 Lieutenant Fysh at his guns, with Major Addison (pilot), in a Bristol Fighter during the Palestine campaign, 1917. 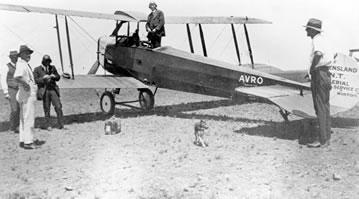 Hudson Fysh stands in an Avro 504K, a war surplus aircraft used by Qantas in its earliest days.
Photo courtesy of The Courier Mail