Australians and the First World War 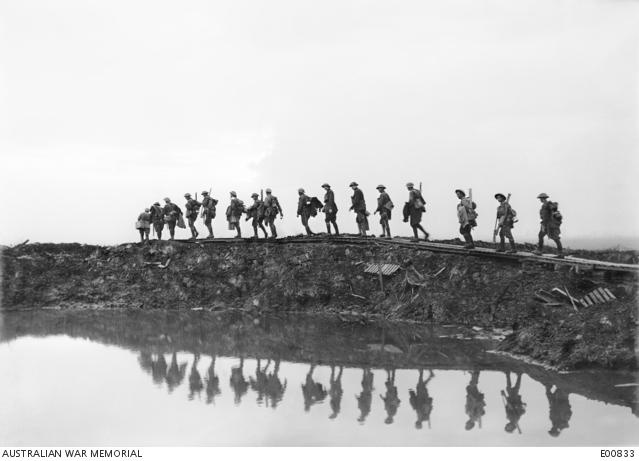 Supporting troops of the 1st Australian Division walking on a duckboard track near Hooge, Ypres Sector.

This program focuses on the First World War and the role that Australians played in the conflict. It will explore the reasons for enlistment, conditions faced by those fighting and the nature of warfare, the sentiment at home including the conscription debate, the legacy left by the conflict on the nation and its people, and ongoing commemoration. Students will explore the roles of both men and women serving in the Gallipoli campaign, the Western Front, and in Sinai and Palestine, and explore the nature and significance of the “Anzac legend”.

Icon
Back to school programs
Back