The Australian War Memorial’s newest travelling exhibition, Captured in colour: rare photographs from the First World War, presents a selection of photographs by two Australian official photographers, Frank Hurley and Hubert Wilkins, and five French photographers. Three of the Frenchmen were commissioned by the military and two were working freelance. In all, there are more than 80 photographs, together with a lantern slide projector from the period, explanations of the colour process, and a continuous slide show to give an idea of how the images would have been presented to audiences at the time.

These images are quite surprising. We are familiar with traditional black-and-white photographs from the First World War, but few realise that colour photography was in use at the time. A number of photographers in France and Palestine were using the relatively new technology to record the war there. These colour images are less well known because they could not be easily reproduced in the illustrated press of the day, nor could they be reproduced as colour prints. They were used either as hand-held glass plates, which had to be viewed with a light source, or as lantern slides in public lectures. Hence they were not widely disseminated, and it was not until the introduction of colour photographic paper in the 1940s that these images could be reproduced as prints. And this is the first time that digital technology has been used to reproduce the Australian images. 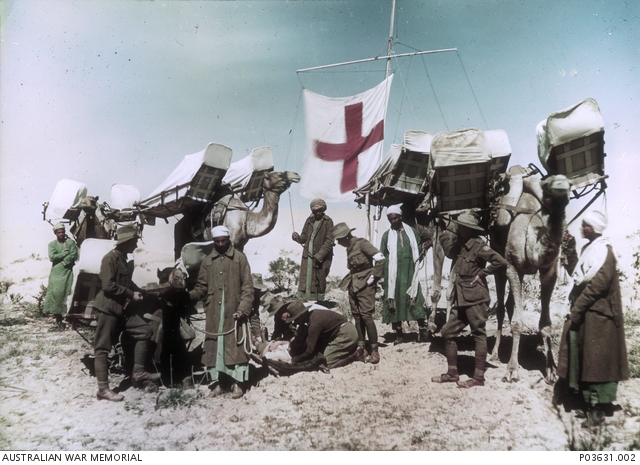 The exhibition provides fascinating insights into the use of photography to record the First World War. The Australian official war correspondent, and later official historian, Charles Bean, was responsible for commissioning Hurley and Wilkins as official photographers to the AIF in July 1917. They were the first of 15 official Australian photographers whose purpose, as Bean saw it, was to produce photographic evidence of the service and sacrifice of the Australian forces. He was particularly keen that Australian photographers, rather than British, were available to do this work. Both Hurley and Wilkins had established reputations as explorers and photographers, and brought skill and bravery to the sometimes dangerous task of photography on the battlefield. They used the Paget plate colour system, one of the two main colour technologies available at the time. 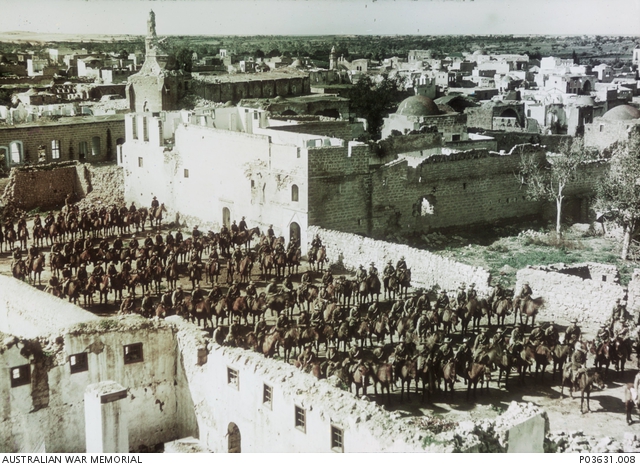 The alternative colour technology – autochromes – had become very popular in Europe following its invention by two brothers, Auguste and Louis Lumière, in France in 1904. The autochrome was the first successful colour system and an estimated 20 million plates were manufactured before production ceased in the 1930s. The French photographs in Captured in colour are based on this system, which produced a one-off glass colour plate. The autochrome was slightly less flexible than the Paget plate (the Paget plate system could also produce a black-and-white image from the same plate that could be printed in the press) but it did produce beautifully clear colour images that were widely used in lantern slide shows. Jules Gervais-Courtellemont, for example, repeated his lantern slide show on the battle of Verdun 50 times in Paris to packed audiences. 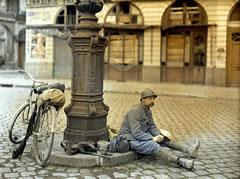 The French photographers worked within existing stylistic traditions – making effective use of emotive symbols and the conventions of picturesque composition and framing – to elicit patriotic support for the war effort. This often resulted in beautiful images, which at first may seem incongruous with the horrors of the Western Front campaigns that had taken so many lives over many years. The photographers, however, were intent on producing a positive message, one of hope that the beauty and achievements of French life and culture would one day be restored. 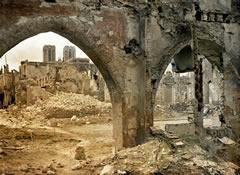 There are many highlights in the show, including the three panoramas created by Hurley from multiple Paget plates and which he was never to see printed as a whole. The detail captured in these works is extraordinary. Wilkins’s views of Anzac Cove, taken during his trip with Bean in 1919, are also striking, especially given the iconic nature that this particular landscape would assume in Australia’s military history. 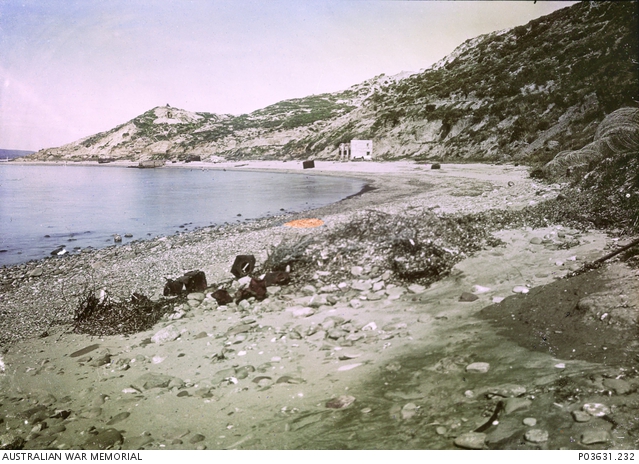