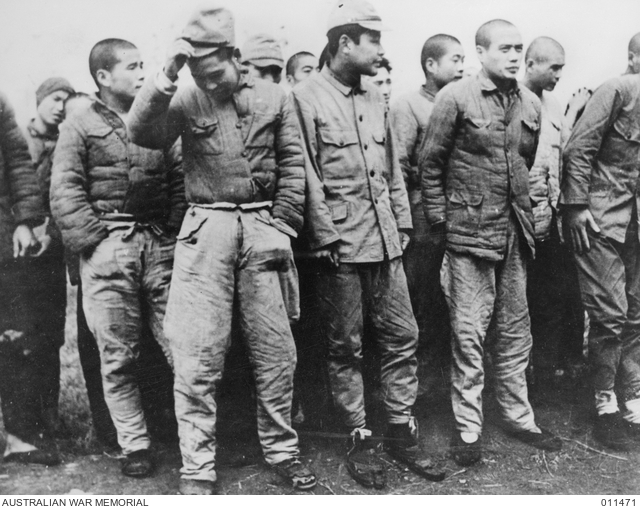 A group of Japanese soldiers line up for inspection after falling into Chinese hands after the Chinese victory at Changsha when the Japanese armies were routed by Chinese Forces.

The significance of China’s role in the Second World War has been little understood by Western historians in the decades since 1945. At the time of the Japanese invasion of mainland China in 1937, the country was in the middle of a bitter civil war between nationalist and communist forces. However, the ability of the warring Chinese factions to fight the Japanese led the West to see China as a strategic lynchpin in Asia. A Japanese victory in China would have had calamitous ramifications for the wider war.

Richard B. Frank’s article provides an in-depth analysis of China’s fight against the Japanese, particularly in the latter months of 1941. It examines the West’s support of China and denial of resources to Japan, which directly led to Japan’s attack on Pearl Harbor and the invasion of mainland Malaya in December 1941 as Japan sought to knock America out early and gain valuable resources from Asia which had been denied to it by the West.

To read Richard’s article, you can purchase your copy of Wartime here.