A theatre of ‘peculiar significance.’ 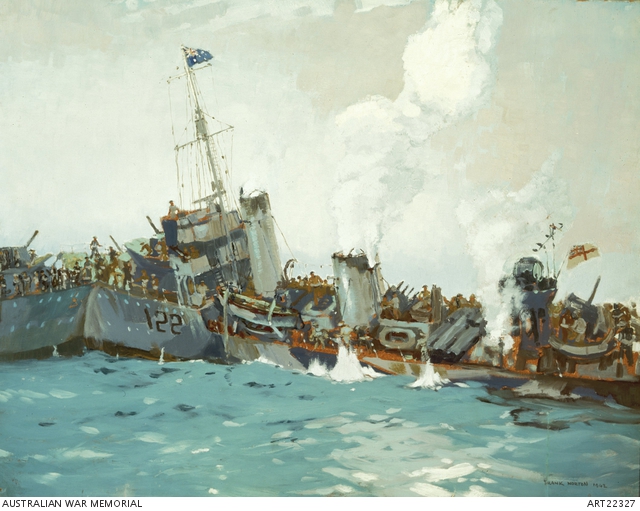 HMAS Waterhen listing to port, prior to being taken in tow and later sinking.

The Mediterranean had not been the intended destination for Australian forces during the Second World War; it was meant to be a waypoint on the journey to Britain. Australian troops had been intended to reinforce the British Expeditionary Force in France in the lead-up to the anticipated German Spring offensive there.

However, the German blitzkrieg led to the fall of France, which led to the Mediterranean becoming the focal point of the Allied war effort. Nicole Townsend’s engaging and illuminating article examines the wider war in the Mediterranean and the role Australian soldiers, sailors and airmen played in this strategically significant campaign.

To read Nicole’s article, you can purchase your copy of Wartime here.