This blog covers the basic aspects and some variants of helmets worn by the Australian Imperial Force (AIF) during the First World War and the Second AIF during the Second World War.

Between 1916 and 1918, on the Western Front, Australians wore the British issue steel helmet as head protection. This helmet was called The Helmet, Steel, Mark I but is also sometimes referred to as the Brodie steel helmet or the Brodie Mark I helmet. These helmets were approved for service on 15 May 1916. 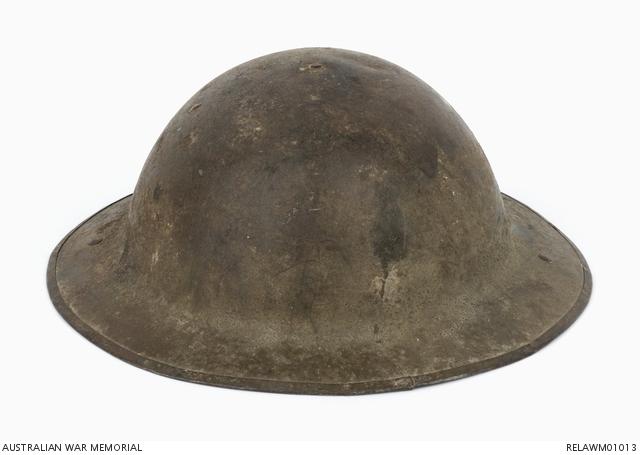 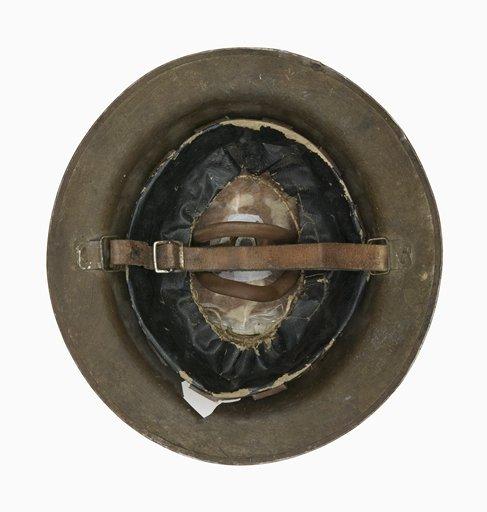 The Mark I Brodie was subsequently adopted by other Commonwealth countries and also the American Expeditionary Force following their entry into the war in 1917. It continued in service long into the 1920s and beyond but was gradually replaced by the Mark II.

By mid-1916 there were several variations in shape and manufacture of the Helmet, Steel, Mark I, including one with a fluted bowl. 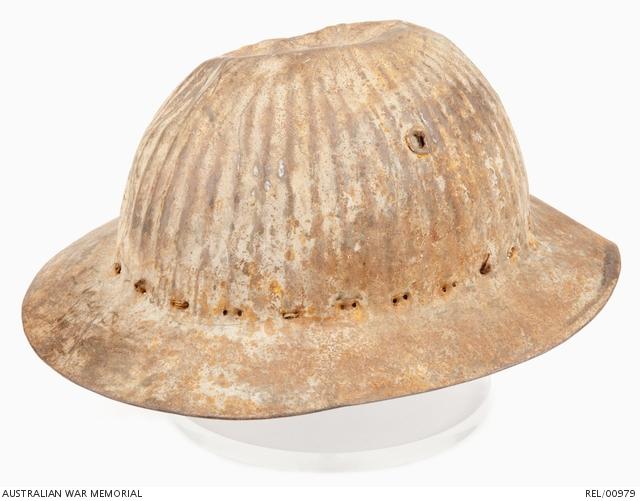 Helmet cloth covers were extensively used even after the introduction of textured, non-reflective paint. Covers were made of sacking, cloth or whatever material was available. An adjustable drawstring was added to secure the cover over the helmet. 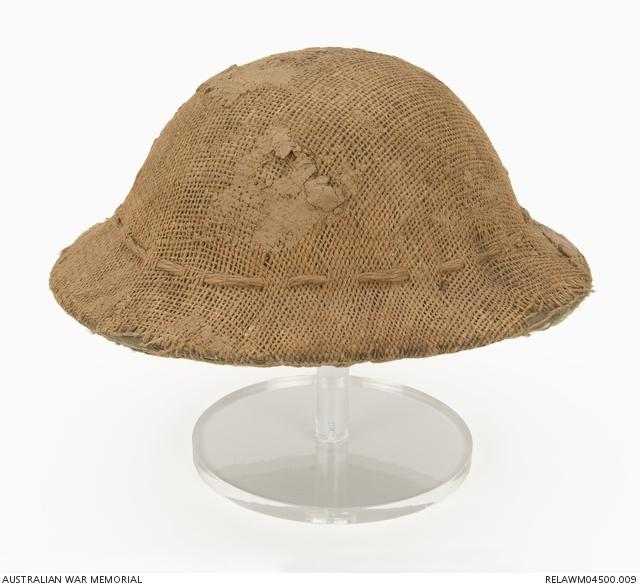 During early 1917, Captain Richard R Cruise, of the Royal Army Medical Corps, devised a chain mail veil or curtain for attachment to the standard Helmet, Steel, Mark I. This attachment was to prevent soldiers being blinded by shrapnel and shell splinters.

The first pattern veil was in service by mid-1917 but despite the added safety offered, it did not prove popular with combat troops. It is not clear whether the second pattern helmet, of which the Australian War Memorial has an example, was in fact ever issued on the Western Front during the war. Prior to the mass production of the Helmet, Steel, Mark I, the decision was made to paint them with a non-reflective textured paint. Individual painting of helmets to reflect the wearer's rank or unit was not something traditionally done by Australian troops. Those soldiers who did mark their helmets were more the exception than the rule. The most extravagantly decorated helmet in the Memorial’s collection belongs to Corporal Ernest Albert Corey, 55 Battalion AIF. Corey was awarded the Military Medal an unprecedented four times with his helmet serving as a souvenir and a record of his service in the AIF. 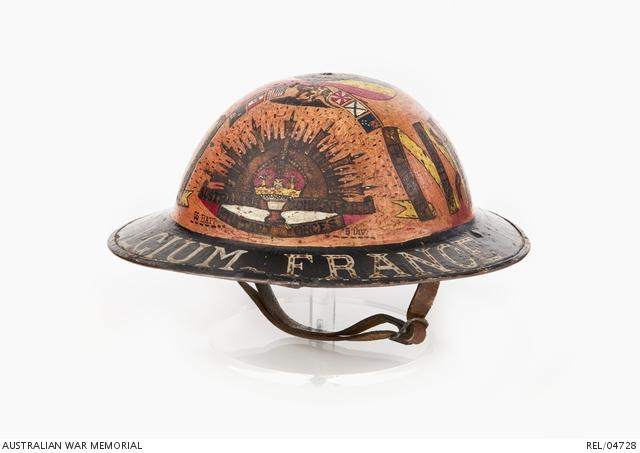 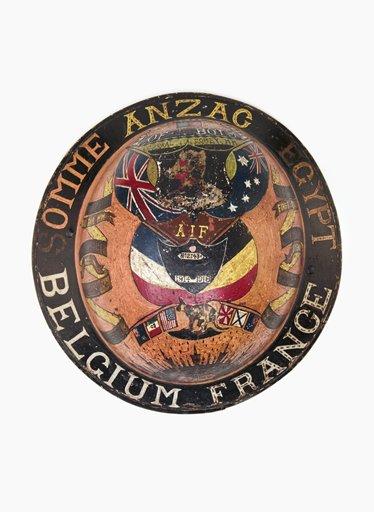 From 1936, The Helmet, Steel, Mark I was fitted with an improved liner and an elasticated webbing chin strap. This final variant served until late 1940, when it was superseded by the slightly modified Mark II, which served the British and Commonwealth forces throughout World War II.

During this period, the helmet was also used by the police, the fire brigade, air raid wardens and the Salvation Army. The helmets for the ARP wardens came in two principal variants, black with a white "W" for wardens and white with a black "W" for Chief Wardens. 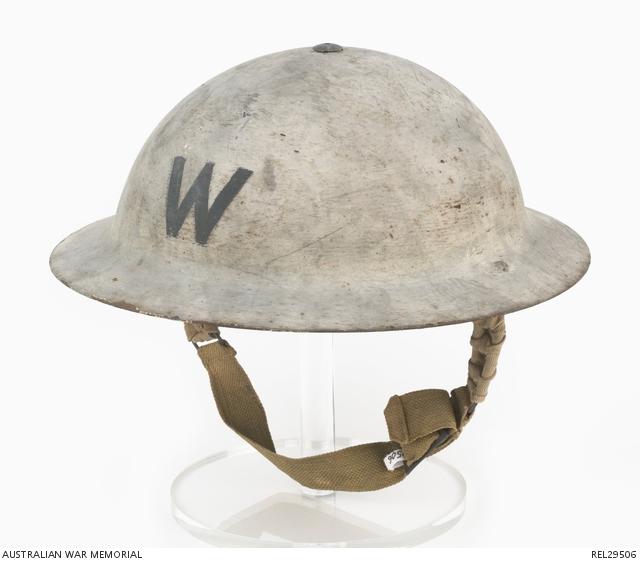 The Mark III Helmet was first developed in 1941 and was designed to provide better protection for the side of the head than the Mark II. It had a deeper bowl with a smaller brim and was sometimes referred to as the "turtle" helmet because of its vague resemblance to a turtle shell. It was first worn in action on 6 June 1944, the Allied invasion of Normandy. The Mark III was used alongside the Mark II for the remainder of the Second World War. 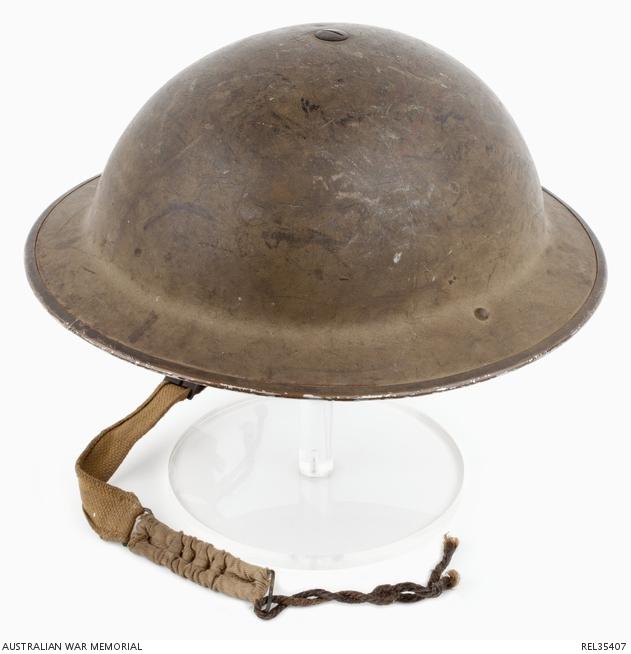