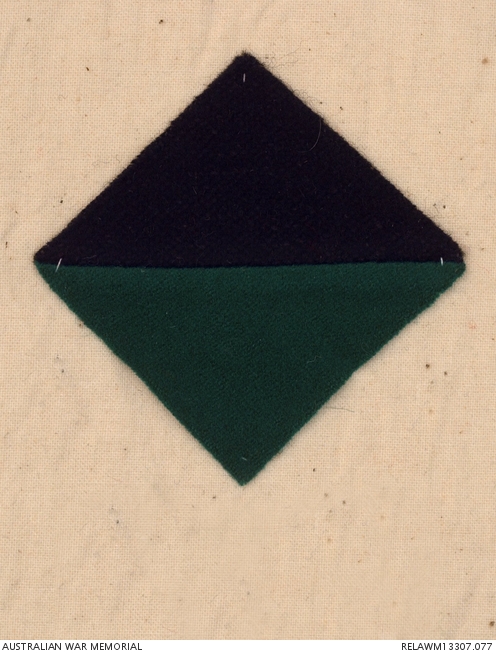 The 17th Battalion was raised at Liverpool in New South Wales in March 1915 as part of the 5th Brigade. It left Australia in early May, trained in Egypt from mid-June until mid-August, and on 20 August landed at ANZAC Cove.

At Gallipoli the Battalion participated in the last action of the August Offensive ' the attack on Hill 60 ' before settling into defensive routine in the trenches. For a short period part of the 17th garrisoned Pope's Hill, but for most of its time on the peninsular the Battalion was responsible for the defence of Quinn's Post, one of the most contested positions along the entire ANZAC front. The Battalion was evacuated from Gallipoli in December 1915.

After further training in Egypt, the 17th Battalion proceeded to France. Landing there on 22 March 1916, it took part in its first major battle at Pozieres between 25 July and 5 August. The Battalion returned to the Pozieres trenches for a second time, although in a reserve role, between 18 and 28 August. After a spell in a quieter sector of the front in Belgium, the 2nd Division, which included the 5th Brigade, came south again in October. The 17th Battalion was spared from having to mount an attack across the quagmire the Somme battlefield had become, but did have to continue manning the front through a very bleak winter.

In 1917 the 17th was involved in the follow-up of German forces after their retreat to the Hindenburg Line, and was one of four battalions to defeat a counter-stroke by a German force, almost four times as strong, at Lagincourt. The battalion took part in three major battles before the year was out, second Bullecourt (3-4 May) in France, and Menin Road (20-22 September) and Poelcappelle (9-10 October) in Belgium.

After another winter of trench duty, 17th Battalion helped to thwart the German Spring Offensive of 1918. With this last desperate offensive defeated, the Allied armies turned to the offensive and the 17th participated in the battles that pushed the German Army ever closer to defeat: Amiens on 8 August, the legendary attack on Mont St Quentin on 31 August, and the forcing of the Beaurevoir Line around Montbrehain on 3 October. Montbrehain was the battalion's last battle. It was training out of the line when the armistice was declared in November 1918, and was disbanded in April 1919.