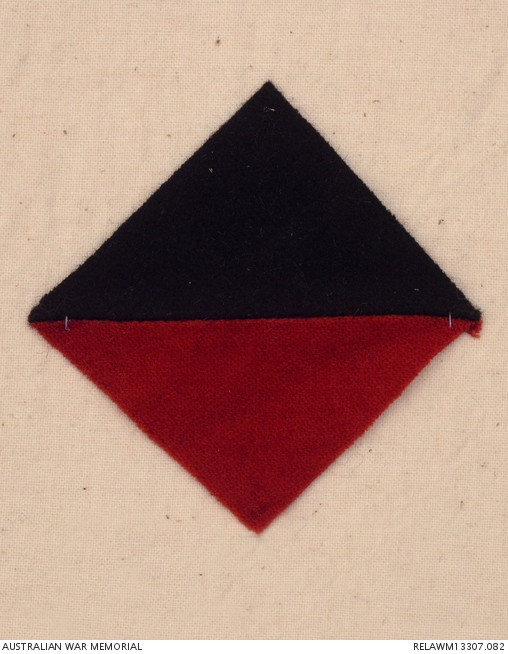 The 21st Battalion was raised, as part of the 6th Brigade, at Broadmeadows in Victoria in February 1915. Its recruits hailed from all over the state. The later enlistment of these men, and their average age of 29, would seem to indicate a more considered decision to enlist that set them apart from those who did so amidst the heady enthusiasm of late 1914.

The 21st Battalion arrived in Egypt in June 1915. As part of the newly raised 2nd Australian Division, it proceeded to Gallipoli in late August. It was an eventful trip, the battalion's transport was torpedoed near the island of Lemnos and had to be abandoned. The battalion finally landed at ANZAC Cove on 7 September. It had a relatively quiet time at Gallipoli, as the last major Allied offensives had been defeated in August.

After evacuation from Gallipoli in December 1915, the 21st Battalion arrived in France in March 1916. In April, it was the first Australian battalion to commence active operations on the Western Front. During the battle of Pozieres it was engaged mainly on carrying duties, but suffered its heaviest casualties of the war during the fighting around Mouquet Farm.

In early May 1917, the battalion fought at Bullecourt, and then in October participated in the 3-kilometre advance that captured Broodseinde Ridge, east of Ypres. Like the rest of the AIF the battalion saw out the year recuperating from the trials of the Ypres sector.

After helping to blunt the German spring offensive of April 1918, the 21st battalion participated in the battles that would mark the beginning of Germany's defeat ' Hamel, Amiens and Mont St. Quentin. The fighting for Mont St Quentin resulted in the battalion's only Victoria Cross, awarded to Sergeant Albert Lowerson.

Like many Australian battalions, the 21st could barely muster a company after the 1918 offensive. It was ordered to disband and reinforce its sister battalions. In response, the men of the 21st mutinied on 25 September 1918. By the end of that day, the order was withdrawn, and the battalion fought its last battle at Montbrehain on 5 October. The following day it became the last Australian battalion to withdraw from active operations on the Western Front. The 21st Battalion was disbanded on 13 October 1918.