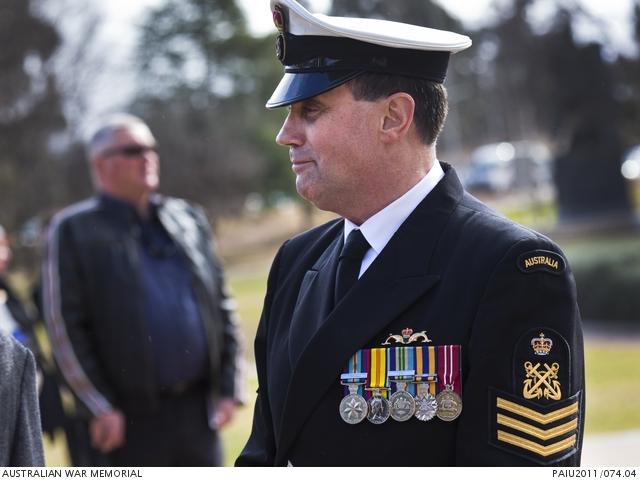 Squadron Leader Gary Oakley is a member of the Gundungurra tribe from the Blue Mountains region of New South Wales. He enlisted for service in the Royal Australian Navy (RAN) at 15, and then travelled to Western Australia for 12 months training aboard HMAS Leeuwin.

For Oakley, joining the RAN was an exciting opportunity to travel overseas and learn a trade. He was also inspired by his great-grandfather, who had served as a steward during the Second World War; he was killed in mid-1942, when Japanese bombers attacked Port Moresby’s harbour.

After his training, Oakley was assigned to HMAS Duchess and later to HMAS Sydney, a converted aircraft carrier which had seen service in Korea. The ship required constant maintenance, and the accommodation was infested with cockroaches. It was hot and dirty, and some young sailors even deserted when the ship docked.

Oakley travelled to Vietnam twice during the war to transport equipment to troops stationed in the region. It was a dangerous journey and, even when the ship was docked in Vung Tau harbour, armed sentries patrolled the decks for enemy divers and floating mines.

Oakley served on a number of ships after Sydney, and later volunteered for the submarine branch. He experienced racial prejudice only once in his naval career, and said, “if you did your job well, it didn’t matter who or what you were, only that you were a submariner”.

After some 20 years of service Oakley discharged from the RAN. He worked for many years as the Indigenous Liaison Officer at the Australian War Memorial, but recently transferred to the Royal Australian Air Force (RAAF) as a squadron leader.

1. Far fewer Aboriginal and Torres Strait Islander people have traditionally served in the Royal Australian Navy (RAN) in comparison to the other two services. Why do you think this has been the case? You may find this link useful.

2. During the Second World War the RAN employed some 30 Aboriginal and Torres Strait Islander people from Melville Island to patrol the coastline and assist in the rescue of downed airmen. What skills might these locally recruited men have been able to bring to this role? 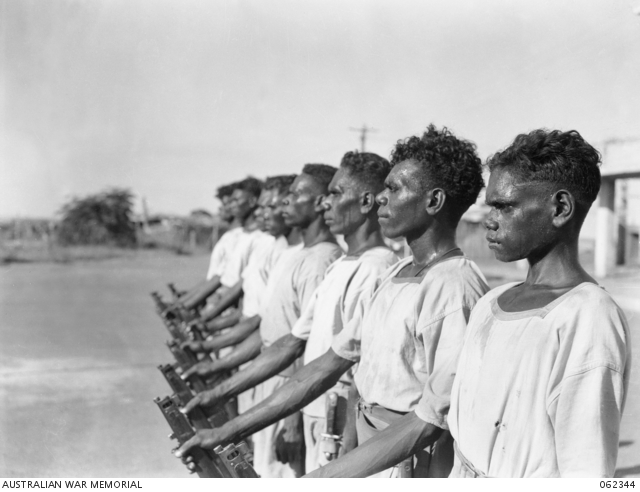 A squad of local men serving in the RAN on Melville Island, c. 1943

3. HMAS Sydney, affectionately known as the “Vung Tau Ferry”, travelled to Vietnam on 24 occasions, transporting troops and equipment. How do you think Oakley might have felt when he arrived in the harbour? 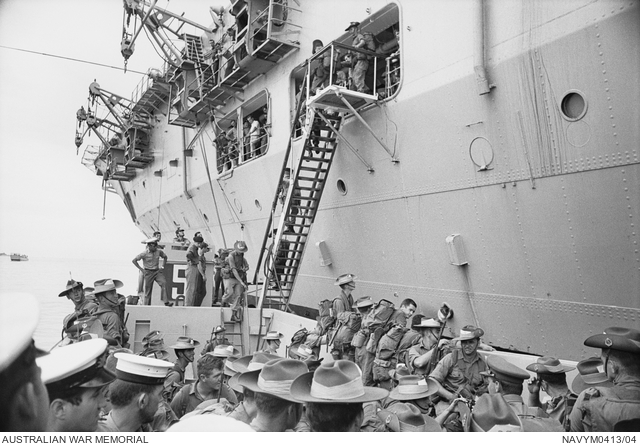 5. Using the above article and following print as inspiration, create your own drawing capturing life as a submariner. 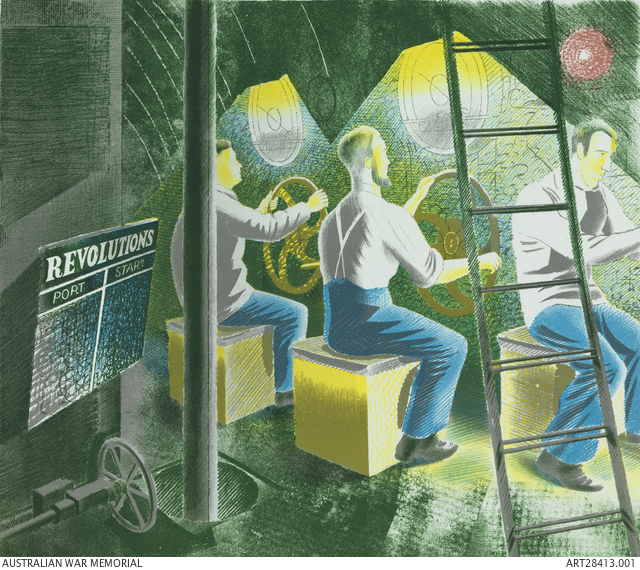 Eric Ravilious, Commander of a submariner looking through the periscope, c. 1941