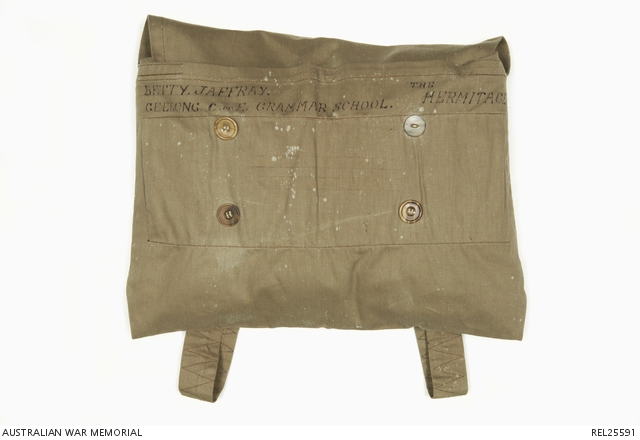 These bags were used to carry personal items in the event of an evacuation. This knapsack was reproduced from the original pattern issued by the State Emergency Council for Civil Defence (Victoria) in 1941.

Northern Territory was the only place where official large-scale evacuations took place in Australia during the Second World War. However, thousands of official registration forms, identification labels, and luggage tags were printed in readiness to ensure that children and their luggage would not become lost.

In preparing for possible evacuation, strict guidelines were issued on maximum weights to be carried by adults and children. A knapsack was recommended as it left the arms free. It was also suggested that a blanket be rolled up and carried over the shoulder.