To date, 21 members of the Lovett family have served for Australia in war and peacekeeping operations since the First World War. The first to enlist was Alfred Lovett, a Gunditjmara man from Victoria’s western districts. 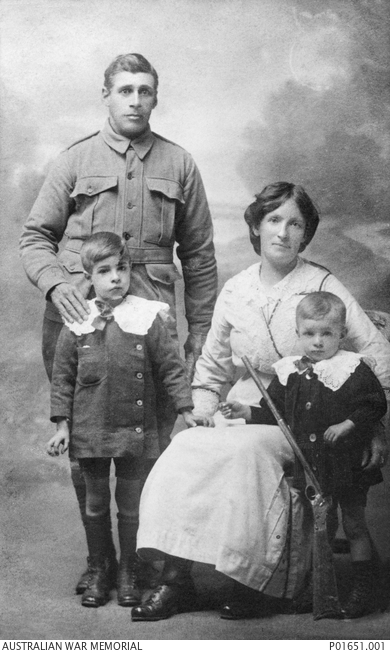 The eldest of 12 children, Alfred Lovett was 35 years old when he enlisted with the Australian Imperial Force in 1915. Four of his brothers (Leonard, Frederick, Edward, and Herbert) left Lake Condah Mission to follow in his footsteps.

In October 1915, Alfred farewelled his wife and two sons and embarked aboard the troopship Ulysses for the Western Front. A horse breaker, trainer, and jockey by trade, Alfred proceeded to France where he was taken on strength of the 12th Battalion.

Soon after he arrived, Alfred was involved in the battle of Pozières, where the Australian Imperial Force sustained as many casualties in six weeks as they had in the entire Gallipoli campaign. Australia’s official historian, Charles Bean, wrote that it was “a ridge more densely sown with Australian sacrifice than any other place on earth”.

While on active service Alfred suffered from influenza and bronchitis, and was admitted to hospital on numerous occasions. After nearly two years he was declared medically unfit and returned to Australia.

Alfred’s brother Leonard was working as a drover before he enlisted, embarking on the troopship Ascanius in May 1916. He served with the 39th Battalion, which saw action on the Western Front at Passchendaele and Amiens. Like Alfred, Leonard had multiple hospital visits throughout the war due to illness and wounds. He returned to Australia in July 1919. 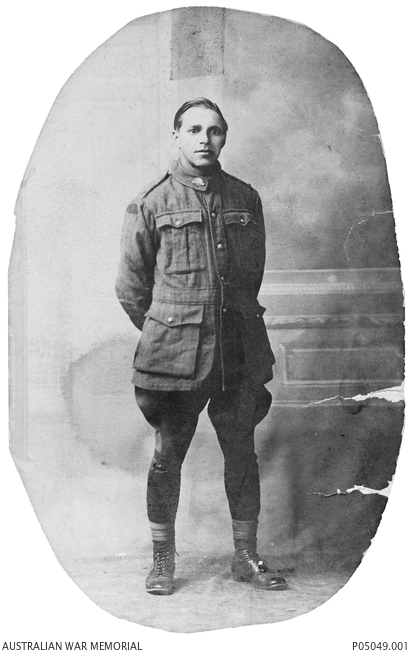 Frederick was a labourer when he joined the 29th Reinforcements of the 4th Light Horse Regiment, embarking on the troopship Kyarra in September 1917. He served in the desert campaigns in Palestine, and was discharged after the war in June 1919. Frederick’s daughter, Laura Bell, said that her dad was affected by the war and experienced flashbacks. She recalled that he once tried to charge at the children while on horseback, but Herbert protected them. 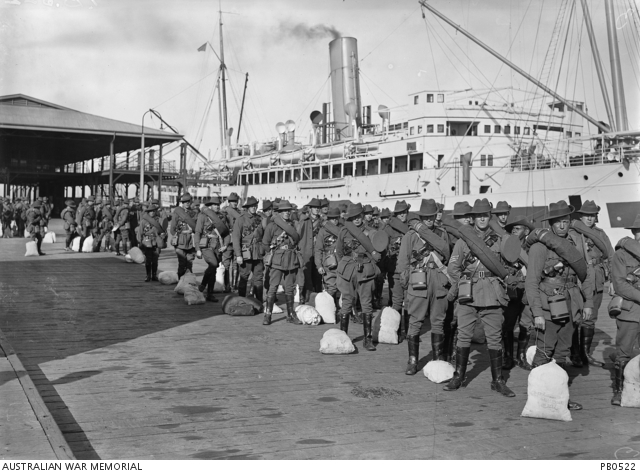 Frederick Amos Lovett (fourth from the right) with other soldiers before embarking for service, Port Melbourne, 1917. Josiah Barnes. 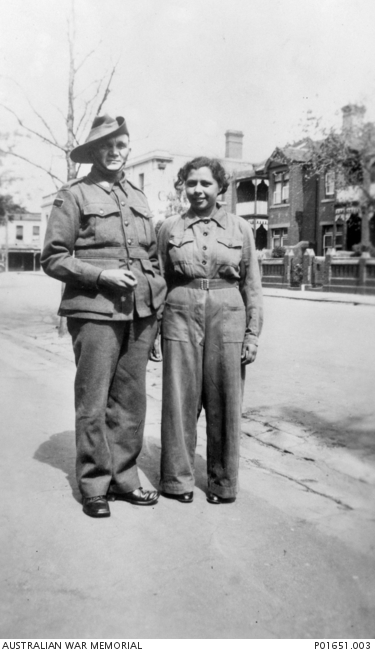 In recognition of the family’s generations of service, Lovett Tower in Canberra was named in their honour in 2000.