Christopher Shying was born in the Sydney suburb of Summer Hill in 1896. After leaving school he worked as a trainee apprentice for 15 months before qualifying as a brass fitter. He attempted to join the local Militia but was rejected on the grounds of being too short. Hoping this wouldn't impede his attempt to enlist in the Australian Imperial Force (AIF), he took his papers to Holsworthy Barracks on 13 August 1915 and passed the enlistment process. The minimum height requirement for the AIF had been reduced in June 1915.

Christopher arrived in France in 1916, where he settled into his role as a driver for the 4th Battalion headquarters. Drivers could use horse-drawn or motorised transport, undertaking a variety of roles. These included transporting the wounded, moving heavy artillery, connecting officers to headquarters and the front line, and ferrying supplies for the troops. The delivery of supplies was undoubtedly important. Charles Bean, the Australian official war historian, noted in the Official histories that this was mainly a nocturnal activity:

The distant rattle of iron wheels over the cobblestones on both sides of the line could be heard almost nightly in both the front trenches … the advent of food being desirable for both sides. 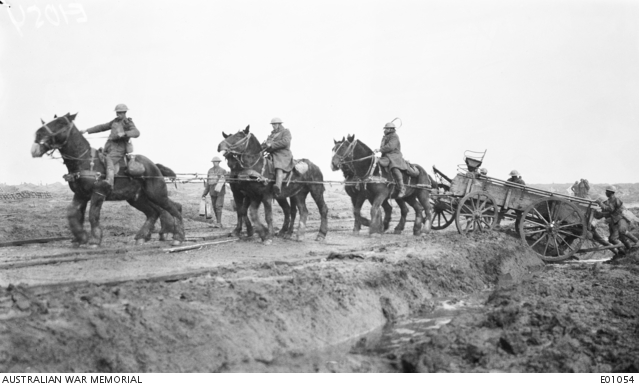 Six horses pull a wagon through slippery conditions in Ypres, 1917.

Within six months Christopher's role in the battalion changed from driver to storeman. Equally important was the acquisition and preparation of uniforms and equipment for the infantrymen manning the front-line positions. Vast quantities were demanded, as seen by the following list for the 1st Division which was published in the official histories: 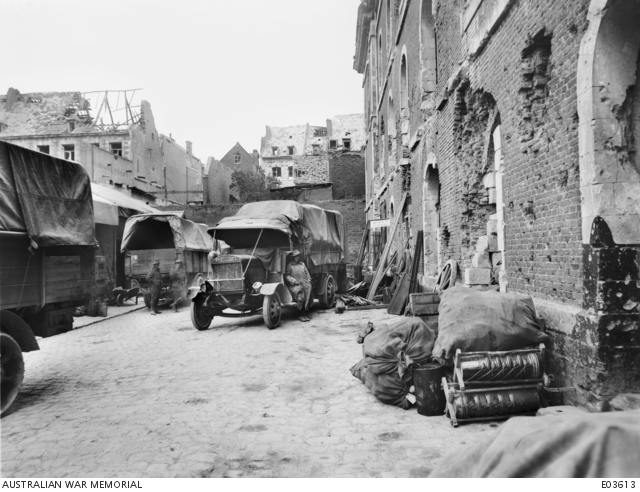 After three months as a storeman Christopher was transferred to the 1st Division's Salvage Company. They were known as the bower birds of the AIF – picking items such as weapons, ammunition, clothing, sandbags, and barbed wire off the battlefield so they could be reused in future operations. This reduced waste, and freed up shipping space which could then be used for additional imports.

When the fighting stopped on 11 November 1918, the Western Front had been severely changed. What had once been quiet farming land now lay in ruins, the land cratered and churned, polluted by the litter of warfare. Christopher remained in France with the Salvage Company, collecting and dismantling weapons, ordinance, and equipment.

Christopher sailed in February 1919 for England, where he was later attached to guard duty at an ordnance depot. While enjoying the sights he met Elsie Hawkins, a young tailor. They married on 17 January 1920, and then applied for family transportation to Australia. With his new wife and young daughter, Edith, they arrived home in July. Christopher had been away for four-and-a-half years.