Allies in adversity, Australia and the Dutch in the Pacific War: NEFIS

The Netherlands Forces Intelligence Service (NEFIS) was established in Melbourne soon after the fall of the NEI. Intended to provide the Allies with up-to-date intelligence on what was happening in the occupied territories, it developed into a complex organisation encompassing all types of intelligence gathering and distribution. It was eventually separated into seven subsections as follows:

Some duplication of effort between the subsections was inevitable, but this was avoided as far as possible. An eighth section, dealing with propaganda, developed into such a large entity that it was hived off from NEFIS, becoming the Far Eastern Liaison Office (FELO).

The service is best remembered for its insertion of reconnaissance patrols into the NEI, a task undertaken by NEFIS III. These operations were at best dangerous, and at worst suicidal. The series of landing parties on Java known as “Tiger I–VI” were captured and executed almost to a man. Similar fates befell the “Walnut” ( Aroe Islands ) and “Whiting” (Dutch New Guinea) groups, and in all, nearly 40 lives were lost.

However, some successful operations were undertaken. In general, however, they tended to be those involving groups already cut off behind enemy lines, reasonably well armed and acting as guerrillas. The “Oaktree” party, in particular, based in the remote country of central Dutch New Guinea, and under the command of the redoubtable Captain J.V. de Bruijn, remained a thorn in the side of the Japanese for more than two years between 1942 and 1944. This group was able to supply valuable intelligence, tie down a superior enemy force, and maintain the prestige of the Dutch among the inhabitants of the area. Sadly, it was the exception rather than the rule.

Late in the war, NEFIS groups took a different approach, increasing both the numbers and the firepower of the landing parties. This meant that, while not equipped to fight pitched battles, groups could at least face Japanese patrols with confidence and command respect from the local populace.

In general, despite the spectacular nature of some NEFIS missions, the organisation’s most valuable contribution was probably its unglamorous cartographic work, its sifting of information, and its interrogation of refugees in Australia. NEFIS grew from 50 to over 350 personnel during the years 1942–45, and served as a constant drain upon the very limited numbers of men available for service with the KNIL. 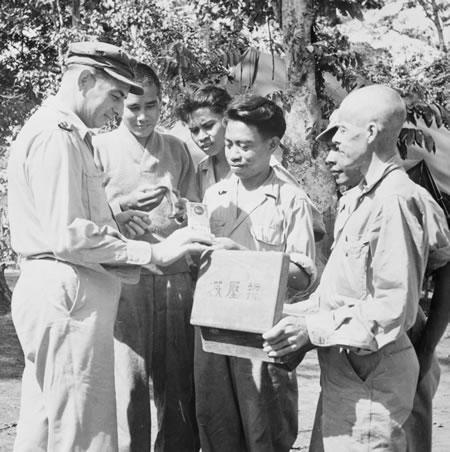 Some of the survivors of the “Oaktree” party in Dutch New Guinea are interviewed by a KNIL officer after their evacuation in 1944. 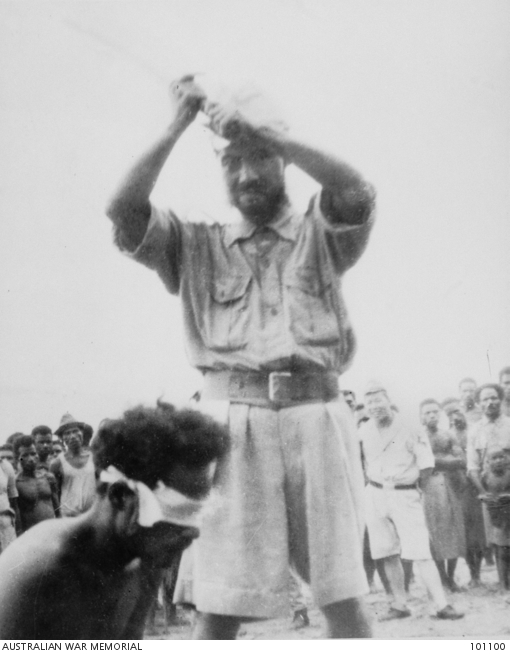 The chilling photograph of the execution of Sergeant Len Siffleet, leader of the “Whiting” party in Dutch New Guinea, has been widely circulated. Less well known is this image of his companion Private Reharin, an Indonesian soldier of the KNIL, shown suffering the same brutal fate. 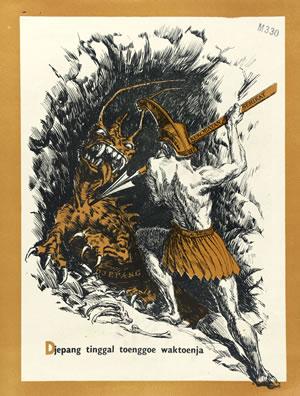 FELO distributed leaflets such as this throughout the NEI, although they were probably not as successful as was hoped. The Japanese also expended considerable effort to win the support of the Indonesian people. The text reads “The end of Japan is a matter of time”. 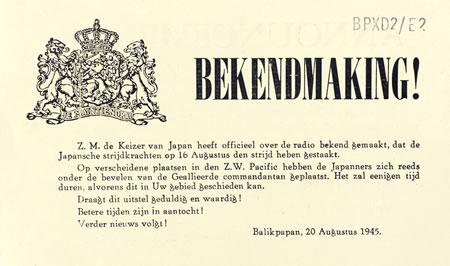 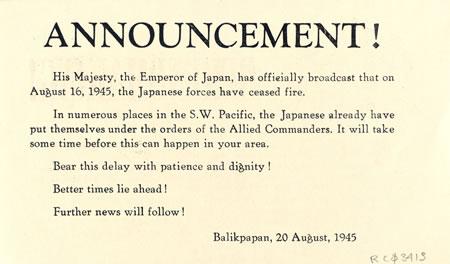 FELO also produced these bilingual leaflets, announcing the surrender of Japan, for Allied prisoners of war and the local Dutch populace. RC03413