Allies in adversity, Australia and the Dutch in the Pacific War: No. 18 (NEI) Squadron, RAAF

In evacuating personnel from the NEI, priority was given to aircrew, and particularly to pilots, the training of whom was both time-consuming and expensive. As a result of this policy, by late March 1942 there were more than 100 Dutch airmen in Australia, few of them with aircraft, but most seeking a means of striking back at the enemy. Prior to the Japanese invasion, the Dutch had ordered and paid for a squadron (18 aircraft) of US-built B-25 Mitchell medium bombers. The delivery of these aircraft to Australia offered the opportunity to quickly raise a bomber squadron equipped with modern front-line aircraft.

In April 1942, No. 18 Squadron, RAAF, was formed at Canberra, its initial equipment being five B-25s. Shortages of Dutch personnel in a variety of roles, particularly air gunners and ground crew, were made up by the RAAF, and the unit soon graduated from training flights to operational coastal patrols. Considerable difficulties had to be overcome. There were initial problems with the supply of aircraft, and it was not until late September that the full complement of B-25 aircraft was received. Additionally, while the unit was considered part of the NEI forces, operational requirements dictated that it follow the organisational lines of the RAAF. In July, the squadron was officially retitled “No. 18 (Netherlands East Indies) Squadron”. Discipline and administration for the Dutch personnel would conform as closely as possible to that of a regular ML-KNIL unit, while a separate but integrated unit, under Australian command, was to control the RAAF members. In recognition of their nationality, the squadron’s aircraft would carry the Dutch flag rather than RAAF roundels, and the usual Australian “A47” identification code for Mitchell aircraft was replaced by the unique “N5”. In December 1942, the long awaited move to an operational base in northern Australia began.

Flying initially from McDonald strip in the north-west corner of the Northern Territory, No. 18 Squadron, under the command of Lieutenant Colonel B.S. Fiedeldij flew its first raid over Dili, Timor, on 31 January 1943 . From this time on, the Mitchells were constantly engaged in patrols, bombing raids, and anti-shipping attacks, often operating at the limit of their range. Casualties mounted steadily. In April, the squadron moved to Batchelor, a base closer to Darwin, and with considerably better facilities. Raids over the occupied NEI continued at an increasing pace, and many enemy transport vessels were destroyed in low-level attacks as the unit’s reputation grew. In early 1945, a move to New Britain began, but given the squadron’s affiliation with the NEI and the desire of the men to fly the Dutch flag over their homeland, the squadron was sent, first to Morotai and then to Balikpapan. From July 1945 the Mitchells operated from Balikpapan, dropping leaflets on the Japanese, and food and medical supplies to Allied prisoners of war.

In November 1945, the Australian element of the unit was disbanded, and in January 1946, control was returned to the Dutch government. During its wartime service, 90 Dutchmen and 25 Australians had been killed while serving with the squadron.

ML-KNIL Observers’ wing, worn by Flight Lieutenant Oscar Drijber. Drijber was serving in the army in the Netherlands at the time of the German invasion, but escaped from captivity, and made his way to Australia. After a period with the KNIL in Dutch New Guinea, he transferred to the air force, where he qualified as a Waarnemar (Observer) and flew with No. 18 (NEI) Squadron. 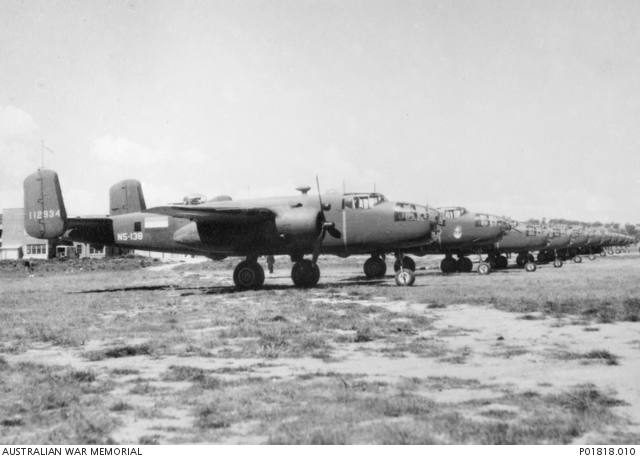 Line-up of No. 18 (NEI) Squadron B-25 Mitchell bombers at Canberra before their departure for the Northern Territory . The Dutch flag markings and “N5” codes are clearly visible on the aircraft in the foreground. 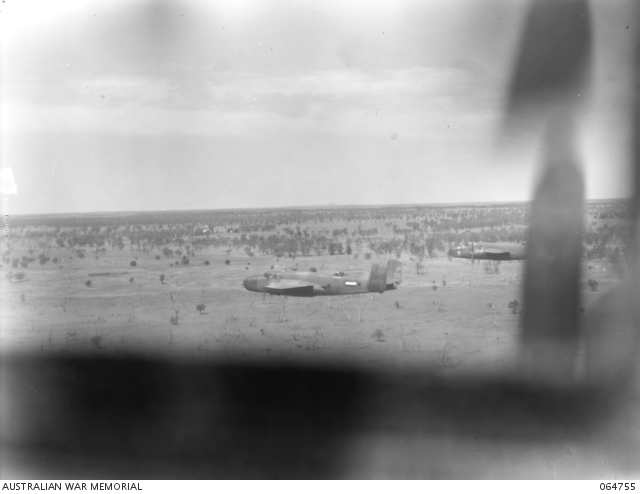 A pair of No. 18 (NEI) Squadron Mitchells in flight over the Northern Territory. 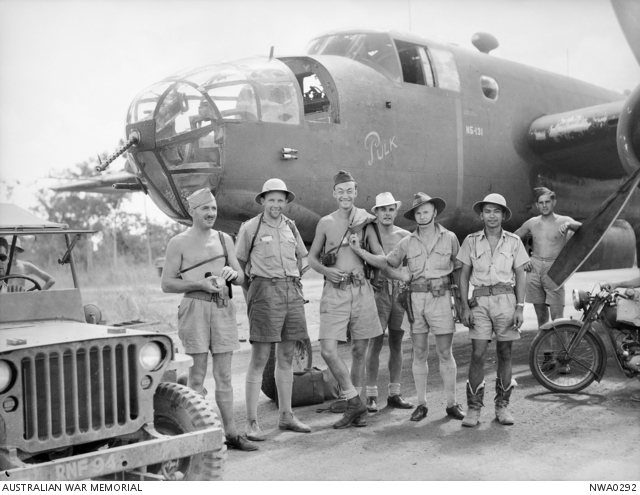 The mixed Dutch and Australian crew of Mitchell N5-131 stand in front of their aircraft at McDonald strip after a raid over the NEI. The name “Pulk” is painted below the aircraft’s cockpit 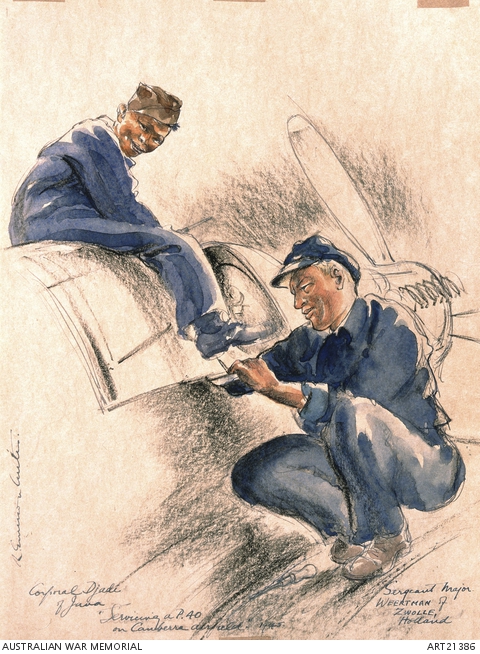 This brief film shows aircrew of No. 18 (NEI) Squadron approaching their B-25 Mitchell bomber, with the Dutch flag on the fuselage clearly visible. This aircraft, N5-136, was shot down off the island of Sumbawa by Japanese fighters on 7 October 1943. Only one of the six man crew survived. F01795