Allies in adversity, Australia and the Dutch in the Pacific War: Australia’s OBOE operations

By 1945, the war had bypassed the NEI. The American policy of “island-hopping” towards the Japanese homeland had left the valuable resources of the NEI, as well as the occupying forces there, cut off. Australian troops were excluded from the US operations in the Philippines, and there was widespread dissatisfaction with the inactivity of some of the AIF’s most experienced troops. Dutch sentiment was also offended by the lack of apparent urgency in the liberation of the NEI.

Late in 1944 the Supreme Allied Commander in the South-West Pacific Area, General Douglas MacArthur, began to plan a series of operations known collectively as “OBOE”, which would successively liberate Tarakan island (OBOE 1), Balikpapan (OBOE 2), Bandjermasin (OBOE 3), and Surabaya (OBOE 4). Further operations (OBOE 5 and 6) would then clear the remainder of the NEI and Borneo. These offensives were to be undertaken by the 7th and 9th Divisions of the AIF, some of them veterans of Kokoda, Tobruk, or Alamein.

The Balikpapan part of the plan was opposed by the Australian Commander-in-Chief, General Sir Thomas Blamey, and only OBOE 1, 2, and 6 were carried out. Oboe 6, the landings at Labuan and Brunei Bay in British North Borneo, had no formal Dutch involvement, but oil engineers were later called in to assist with the extinguishing of well fires set by the retreating Japanese.

On 1 May 1945, the 26th Infantry Brigade (9th Division) landed at Tarakan, accompanied by a company of 140 Dutch KNIL soldiers to act as scouts and interpreters, and by a number of NEFIS intelligence and civil affairs specialists. Two months later, the 7th Division assaulted Balikpapan, again with a KNIL infantry company and Dutch support personnel attached. These operations liberated the local populations from a harsh Japanese occupation and may have saved the lives of some prisoners of war, but the OBOE operations had cost the lives of almost 600 Australians, with many more wounded.

Widely criticised, both at the time and since, as a needless waste of the lives of veterans who had already done more than their share, and against an enemy who posed no threat, the OBOE operations did at least demonstrate a degree of Australian commitment to the restoration of Dutch control in the NEI. 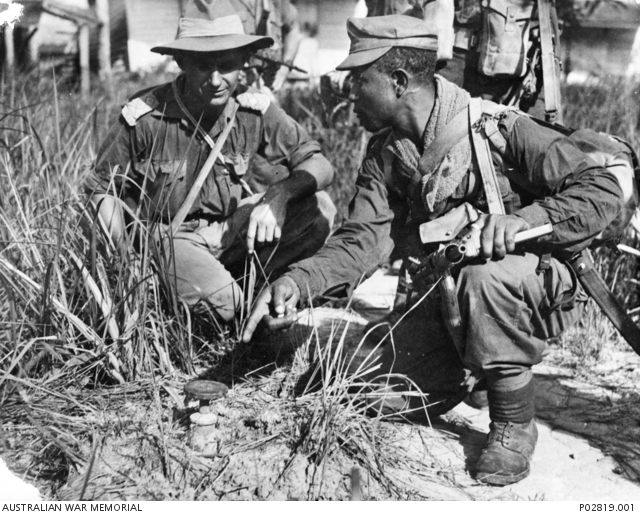 KNIL troops provided valuable reconnaissance and interpreter services to Australian forces in the OBOE operations on Borneo. Here, a KNIL scout points out what may be a Japanese booby trap on the island of Tarakan. 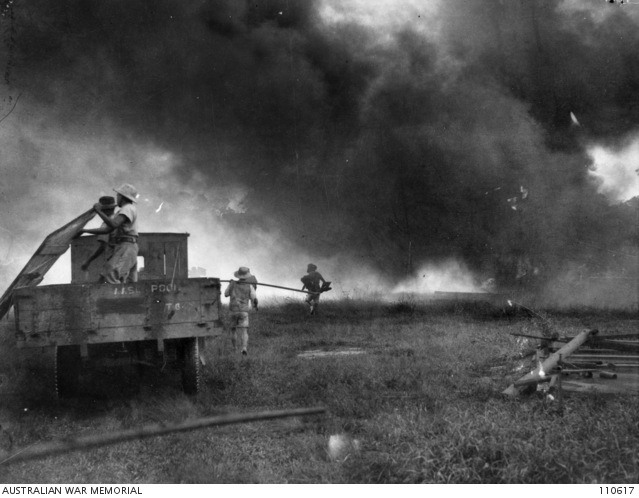 he expertise of Dutch oil engineers was called upon to extinguish fires set by the Japanese at the Seria oilfield in British North Borneo. Here, under the supervision of Captain R.H. Beukema, men of the 2/3rd Field Company, RAE, prepare to battle another blaze. 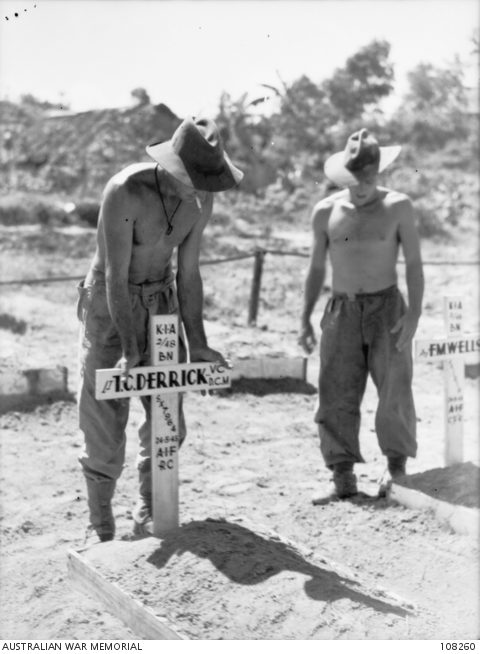 A cross is erected over the grave of Lieutenant Tom Derrick, VC, DCM, of the 2/48th Battalion, AIF. Derrick, one of Australia’s most distinguished fighting soldiers, died of wounds received in the attack on a heavily defended position known as “Freda” on Tarakan island in May 1945. His death was the cause of much bitterness among Australians. 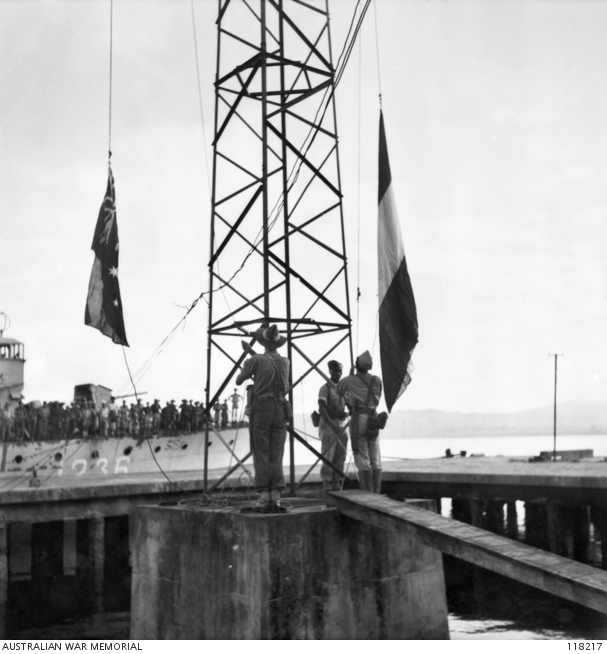 On 22 September 1945, the Japanese on Ambon formally surrendered to a small force landed by HMAS Glenelg. The Dutch and Australian flags were symbolically raised together over the wharf. 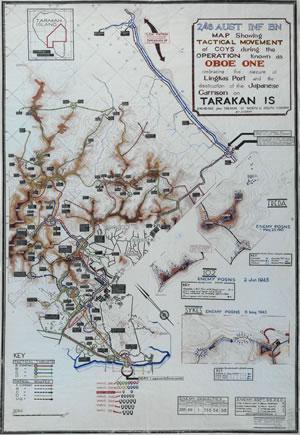 This highly detailed map, produced by Private Edward Webb of the 2/48th Battalion, AIF, illustrates his unit’s role in OBOE I, the invasion of Tarakan.